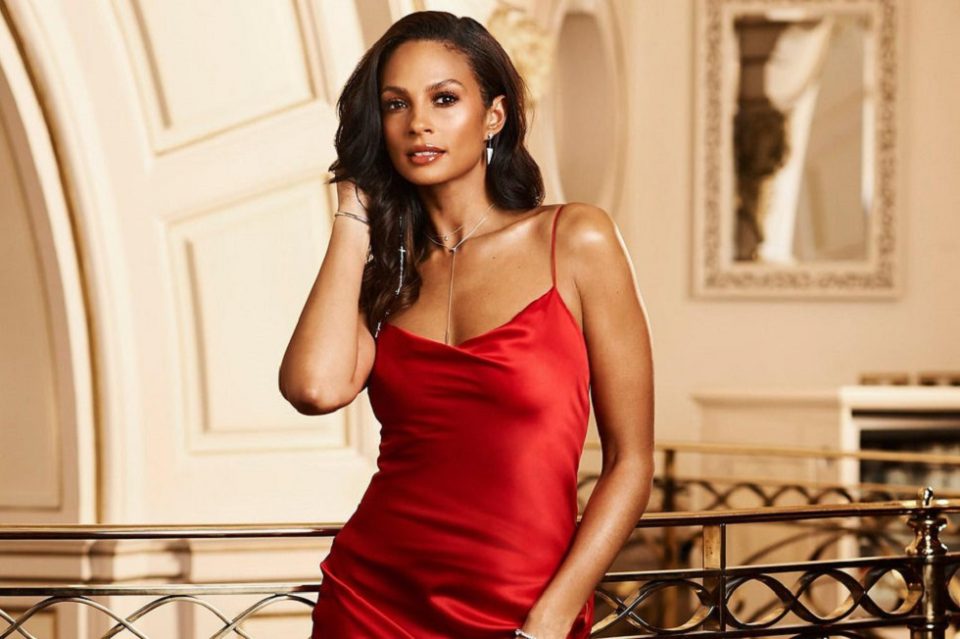 The now mother of 2, rose to fame as a member of Mis-Teeq and before she knew it, Alesha Dixon became a household name as a talent show judge. Alesha Dixon gained from being on Britain’s Got Talent alongside Simon Cowell, David Walliams and Amanda Holden. Here’s everything you need to know about her.

Who is Alesha Dixon?

TV personality Alesha Dixon, 42, is a British singer, dancer, rapper and model who first rose to fame as a member of the girl band Mis-Teeq. The R&B group split in 2005 and since then Alesha has had mixed success as a solo artist. Her singles include The Boy Does Nothing and Breathe Slow. Having triumphed in Strictly Come Dancing in 2007, Alesha became a judge on the show in 2009, replacing Arlene Phillips.

How did Alesha Dixon gain fame?

Alesha Dixon became a household name not because of her singing career but through one appearance on a reality show. One of seven children who was born to an English mother and Jamaican father, Alesha Dixon grew up in Welwyn Garden City and initially planned to become a physical education teacher. After graduating from her diploma course, the famous TV personality was about to take a position at Loughborough University before she got approached on a train by a record producer, asking if she could sing. Pausing her degree, she spent the next few years trying to set up various girl bands without much success. Working in a factory packing toothpaste to fund her musical ambitions, she eventually met Sabrina Washington at Dance Attic, a jazz/hip-hop dance academy in West London. Sabrina and Alesh recorded a demo together, “Inspiration,” before meeting Su-Elise Nash, who joined with Dixon and Washington to form the Mis-Teeq trio. Mis-Teeq signed to Telstar Records and, after fourth member Zena McNally joined, the new band released its debut single, “Why,” in 2001.

Alesha has a child with her partner Azuka Ononye, a former backing dancer. Their daughter, Azura Sienna, was born in 2013. Prior to this, the TV personality was married to MC Harvey, though the two quickly divorced.

When did Alesha Dixon join Britain’s Got Talent?

Alesha sat alongside David Walliams in 2012, when they substituted David Hasselhoff and Michael McIntyre on the panel for series six.

Who have been her Golden Buzzer acts?

Since this feature was introduced, Alesha has chosen REAformed, Entity Allstars and 100 Voices of Gospel. Two of these three reached the final.

What is she looking for in a Britain’s Got Talent winner?

“For me, I’m always thinking about the best outcome we could possibly have, and it’s to find a winner who can go on and represent our country all around the world in brilliant fashion and keep the show going from strength to strength.”

Yes! While taking part in the auditions tour, Alesha’s other show Dance Dance Dance was airing on ITV. And by the sounds of it, Simon Cowell was a fan . “It’s so funny, on the tour, every now and again I’d either hear Simon ask me if I wanted to dance dance dance, or I would hear singing, ‘Dance dance dance!’, literally breaking out into the theme song,” she says. “I turned to him and said, ‘Oh, you’ve been watching then?!’ and he just smiled! Clearly he’s been watching, which I love.”

How does she get on with the other judges?

Alesha gets on fine with Simon and David, but her real best buddy on the panel is Amanda Holden. The friendship that has developed between the two has kept them both coming back every year. “The banter is brilliant – if something feels good, it feels good. When we’re all together laughing, cracking jokes and winding each other up, that’s what makes going to work fun,” she explains.

However, Alesha and Amanda have been getting pretty fed up with some of Simon’s “banter” as the judge keeps meowing whenever they critique a female contestant. Stop it, Simon! She appreciates challenges she has faced in her career “I think whoever you are, whatever your background, we’re all faced with a series of challenges in our lives, I’m no different. I don’t know if I would use the word obstacle but I’ve obviously had things happen in my life which have been challenging, I think that’s OK, it’s part of the story, it’s part of the journey and it’s what makes you human. That’s what makes you who you are, it makes you appreciative, it makes you fight.” She likes to dance on the desk “That was my idea! It was the last audition day and the last act and we were celebrating. I was like, ‘Let’s get on the desk and have a bit of fun! Let’s go out with a bang!’ I felt like I was back in a club! I just needed a bottle of champagne!”

10 Travel Mistakes to Avoid in Europe