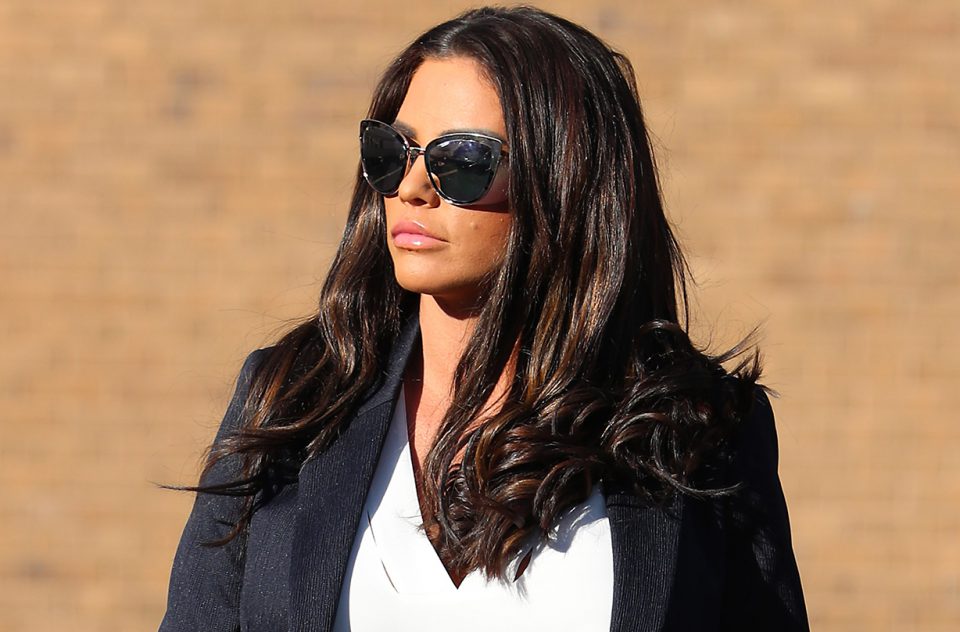 How did things go downhill for the glamour model who was once worth more than £40 million? A smart businesswoman and a mother of 5, Katie Price’s life is anything but ordinary. Scroll down to see why!

Katie Price is currently not married but lives with her boyfriend Carl Woods.

At a bankruptcy hearing in July 2020, Katie confirmed to the court she was living in rented accommodation costing £4,200 a month in addition to having an average earning of £45,000 a month for the last six months. A very different lifestyle to her early days, she lied and told the court: “I have not got any assets” when in reality, she later confirmed she has a pony, a horse, and a Volkswagen Beetle car, which is about 12 years old, but added she is “banned from driving”.

When asked, she said: “I have got one pony and one horse.

On August 7, 2018, she was given 12 weeks to avoid bankruptcy and pay off her creditors, in December she swerved bankruptcy after the taxman accepted a plan to repay her £22k debt.

During the same time, it was revealed that Katie has been ordered to pay £150,000 in legal costs to ex-husband Alex Reid after allegedly sharing sex tape footage of him with a TV studio audience.

On September 22, 2018, The Sun confirmed to the world that Katie herself had checked into rehab at The Priory suffering from post-traumatic stress disorder which “’caused her drug binges”.

2018 saw the star enter rehab at The Priory to seek treatment for cocaine use and in February, she was found guilty of being drunk in charge of a motor vehicle and fined £1,500 after her £130,000 Range Rover reportedly crashed into a hedge.

Called ‘gold digger’ by son after boyfriend pays for 14 pairs of shoes on shopping spree:

Katie Price’s current boyfriend Carl Woods surprised her with a pair of Louis Vuitton trainers during an epic spending spree in Selfridges.

Her teenage son Junior, 15, couldn’t help but set the record straight about his mum’s relationship:

In the clip taken from her YouTube channel, the mother of five said: “We’re having a really, really good day. He’s treated me to a beautiful new pair of trainers.

To which Carl joked: “Yeah you are getting all the presents and all that”.

Junior, who she welcomed with ex Peter Andre, then revealed who’s spoiling who in Katie and Carl’s relationship after Carl surprised Katie with a pair of Louis Vuitton trainers

“People saying Carl is gold digging on mum, it’s the other way around,” he said. “I can’t remember the last time Carl let mum pay for anything.”

Katie and Carl have been dating since June 2020.

Fresh off a divorce this year, Katie is not currently married, but is in a relationship with car dealer Carl Woods. The new couple have known each other for years but were set up by a mutual friend in June 2020, and have been secretly dating ever since.

Katie was first married to Peter Andre who began dating her after spending time on I’m a Celebrity…Get Me Out of Here! and married each other in September 2005 at Highclere Castle, Hampshire.

Prior to this, Katie dates retired footballer Dwight Yorke. Their son was born blind, with septo-optic dysplasia, a disease that makes the optic nerve development unpredictable. Their son has additionally been diagnosed on the autistic spectrum along with Prader–Willi syndrome.

In July 2009, the former model began dating MMA fighter and actor Alex Reid. They married on 2 February 2010 in a private ceremony at the chapel in the Wynn Hotel in Las Vegas.

However, in January 2011, the couple separated and the divorce was finalized in March 2012.

On 16 January 2013, Katie Price wed third husband Kieran Hayler at the Sandals Royal Bahamian Resort and Spa in the Bahamas.  Just a month before, Hayler had proposed on Christmas Day 2012.

In July 2019 Price announced she was engaged to Kris Boyson, the couple split up a month later.

What is Katie Price famous for?

She started her career under the name Jordan back in 1996, aged 17.  She became known quickly for her extensive boob job operation and made the most of her newly found fame by cashing in where she could.

Working as Jordan, Price shot to fame after appearing as a Page 3 girl in The Sun at the age of 17 and went on to regularly appear in a string of now-defunct lads mags including FHM, Nuts and Loaded.

The public got to know the “real” Katie Price when she appeared in the reality TV show.  It was also during her jungle stint that she famously fell in love with her ex-husband Peter Andre, who she went on to marry – selling the pictures in a lucrative magazine deal.

The pair’s high profile jungle romance sparked huge media interest, which they managed to parlay into a string of ITV2 reality series, including When Jordan Met Peter, Jordan & Peter: Laid Bare and Katie & Peter: The Next Chapter.

The couple’s final joint series was Katie & Peter: Stateside, which aired in 2009 ahead of their split (though Price’s spin-off show What Katie Did Next was then broadcast on the channel until 2011).

Shortly after the break-up, Price returned to the jungle, reportedly receiving £450,000 for her second I’m A Celebrity appearance.

She went on to appear on Celebrity Big Brother in 2015, Though reports disagree on her exact fee, she is thought to have received between £400,000 and £500,000 for her 21 days in the house, which saw her crowned the winner of CBB (with Katie Hopkins as the runner-up).

Price also starred in a string of reality shows focused on her day to day life for Living TV, before eventually jumping ship to Quest Red in 2017. The channel remains the home of her current show My Crazy Life, and a fourth series is set to begin on December 9.

Modelling and TV aside, Price also established a number of separate – and lucrative – revenue streams at the height of her fame.

Her first memoir, “Being Jordan”, in 2004, received just £10,000 from the publisher despite asking for a £1 million advance. However, it later earned £4.7 million that year. She then secured a six figure book deal with Random House, and made her (ghost-written) debut as a novelist with Angel in 2006.  She also received a £300,000 advance from the same publisher for Katie Price’s Perfect Ponies, a series of equestrian-themed children’s books.

Price has also made many forays into the world of fashion and beauty. The former model signed a three-year deal with Asda in 2006, worth £1.5 million, for an underwear range. The brand later chose not to renew the agreement following poor sales in the wake of Price’s split from Andre and controversy over comments made while the star was promoting Asda’s breast cancer campaign.

Price, who loves horses, launched KP Equestrian, a range of riding clothes and horse blankets, in 2008 after seeing “dull and boring” outfits on offer for riders. The brand was sold through major equestrian retailer Derby House and continued to release new product lines until 2017, though it’s domain name is no longer registered and the company appears to have ceased trading.

On Instagram, she posts sponsored posts for brands with her considerable online following, typically focusing on weight loss and beauty products.

However, her sponsored content faced criticism after she used a photograph of her children Harvey, Jett and Bunny in an advert for low calorie syrups and she has also come under fire for advertising weight loss aids to her followers.

In October, she was among a trio of reality stars (alongside TOWIE alum Lauren Goodger and ex-Love Islander Georgia Harrison) to have their Instagram posts promoting diet products

banned by the Advertising Standards Authority.

It was banned for being “irresponsible” as “it was clear from the ads that the influencers did not need to lose weight in order to achieve a healthy weight” and ruled that they “must not appear again in the same form.”

2020 has been tumultuous for Price including a fine of £415 after admitting a foul-mouthed tirade in front of schoolchildren, which was directed at her ex-husband Kieran Hayler’s new girlfriend, Michelle Pentecost.

The star appears to have tried to raise funds by selling off some of her assets, including her Barbie pink vehicles. She put her Suzuki convertible on eBay in January and more recently put her Range Rover up for auction, according to the Mirror.

She has also sold clothes belonging to her and her children on e-websites such as eBay.

What happens now that Price has been declared bankrupt?

The Official Receiver takes Price’s assets and may use them to pay off her debts.

Given her financial status, she will also be subject to various restrictions.

She will not be able to borrow more than £500 without informing the lender of her financial situation and cannot run a company without obtaining special permission from the courts.

This will be the case until she is discharged from bankruptcy, which usually happens one year after the court’s declaration.

How to Increase Your Chances of Winning at an Online Casino