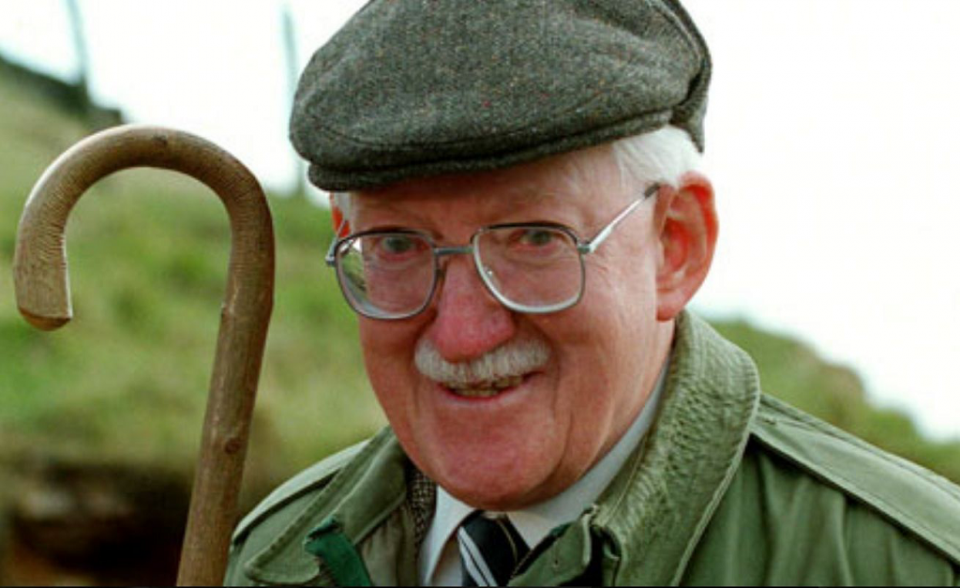 English actor, Brian Wilde gained national fame through his roles in television comedy, most notably by playing Mr. Barrowclough in Porridge and Walter “Foggy” Dewhurst in Last of the Summer Wine. In this article, we take a look at these 8 facts about his life.

Brian Wilde: 8 Reasons Why The English Actor Should Be Remembered!

He gained national fame for his lugubrious world-weary face that was a staple of British television for forty years.

Though born in Ashton-under-Lyne, Lancashire, the English actor was raised in Devon and Hertfordshire.

The English actor went to Hertford Grammar School and later trained as an actor at RADA.

The Lancashire native had an early uncredited role as a part-time crook in the film Forbidden Cargo (1954). The movie starred Jack Warner and Nigel Patrick.

Brian Wilde also had a small but dramatic and enticing part in the British horror film Night of the Demon (1957).

If you want to catch some of his early television work, you can check out the series The Love of Mike (1960) and Tony Hancock in episodes of his ATV series in 1963.

You can also see Brian Wilde’s early work as he portrayed Detective Superintendent Halcro in a series of two-part thrillers about undercover Scotland Yard officers, The Men from Room Thirteen (BBC, 1959–61).

The English actor’s noteworthy and significant television role was in 1970 as refuse depot manager “Bloody Delilah” in the ITV sitcom The Dustbinmen.

Brian Wilde also unleashed his sinister side as the mischievous magician Mr. Peacock. Where was this role? Well, catch him as Mr. Peacock in the children’s drama series Ace of Wands which broadcasted between the years 1970 and 1972.

During this time, the English actor also found significant fame by starring as a murderer in The Uninvited, an episode of the BBC’s supernatural thriller series Out of the Unknown.

Between those two years, in 1971, in the television drama Elizabeth R, the Hertfordshire actor portrayed the dramatic role of the efficient, merciless ‘rackmaster’ Richard Topcliffe.

Richard Topcliffe was convicted of the torture of prisoners in the Tower of London.

Also in 1970, the English acting legend portrayed an enticing character in the 1970s British children’s series The Ghosts of Motley Hall, by Richard Carpenter.

5. His work in Porridge:

In 1973, Brian Wilde had a significant role as a different kind of jailer in Seven of One, a series of seven individual stories, all of which starred Ronnie Barker.

In the episode, entitled “Prisoner and Escort”, the English acting legend played Mr. Barrowclough which helped him gain immense fame and recognition.

Mr. Barrowclough is one of two prison officers whose responsibility it is to escort Barker’s character Fletcher across the moors to his prison (the other was Mr. Mackay, portrayed by Fulton Mackay).

The episode was a huge success and the series was commissioned by the BBC, titled Porridge.

Forever representing Mr. Barrowclough, the one and only Brian Wilde reprised his role as the timid and eager-to-please Barrowclough. Porridge which only concluded late in 1977, was a great success, with a film version being made in 1979.

6. His career with Last of the Summer Wine:

Wilde took another significant role in 1976, when he took over from Michael Bates as the third member of a trio of old men in the BBC sitcom Last of the Summer Wine.

Walter “Foggy” Dewhurst, (the character he portrayed) was a determined ex-army man who planned the group’s misadventures with military precision and a painstaking eye for detail.

The English actor also saw the long-running series gather momentum and continue its success. The Lancashire native stayed with the series for nine years, prior to leaving in 1985 to work on other projects.

Eventually, Foggy was written out of the series but the script said that he had moved to Bridlington to take over the family egg-painting business—and was soon substituted by Michael Aldridge as Seymour Utterthwaite until 1990.

When Aldridge said goodbye to Last of the Summer Wine, Brian finally returned as Foggy in 1990.

Brian actually stayed in this role until 1996, when, during the preparations for series 19, the English actor was sadly suffering from shingles and felt he should leave. He was suffering as his condition was not completely cleared and shingles is notorious for reappearing, even more painfully.

Giving the shingles condition, Frank Thornton was instead invited to join the cast as “Truly of the Yard”.

The 1997 Christmas special “There Goes The Groom!” was significantly edited to introduce Thornton’s character.

Producer Alan J. W. Bell said, “Since then, Brian has been invited to return many times, but says he feels he has ‘done it now’ and doesn’t want to go back. I am sure that one day he will make an appearance – we still have his costume standing by”, but Wilde never did return to the role and the show ran for another thirteen years, the last series being filmed the year after Wilde died.

7. What else has Brian Wilde been in?

He featured in “The Fear Merchants”, an episode of ABC’s The Avengers, which aired in January 1967. In this, he portrayed the role of Jeremy Raven who is a ceramics manufacturer caught up in a sinister plan to get rid of the competition.

Later on in 1978, Wilde lent his voice for the public information film series Play Safe, highlighting the dangers of overhead power lines to children.

He also lent his voice to the magician Meredith in the children’s animated series Alias the Jester. He also gave his voice to Shortie the Giraffe in Coco Pops and narrated an animated series, Microscopic Milton, about a microscopic little chap who lives in a clock. The clock is positioned on the mantelpiece, in the parlour of the house that is owned by a lady called Mrs. Witherspoon.

Wilde starred in his own BBC series which aired in 1988, Wyatt’s Watchdogs, as retired soldier Major Wyatt who forms his own neighbourhood watch group. Wyatt was quite similar to Foggy, as a stuffy ex-army member who leads a motley bunch of comic characters.

The programme, which co-starred Trevor Bannister, was written by Miles Tredinnick and ran for one series of six episodes.

One day the acting legend suffered a fall in January 2008 from which he never recovered. He passed away in his sleep on the morning of 20 March 2008.

He died at his home in Ware, Hertfordshire. The English actor is survived by his wife Eva along with their children: son Andrew and daughter Sarah.

Most heartwarmingly, his son, Andrew Wilde, had been the film editor on Last of the Summer Wine from the mid-1990s until the final episode in 2010.

His son has been working initially on many of the episodes that had starred his father and later on the Frank Thornton editions.