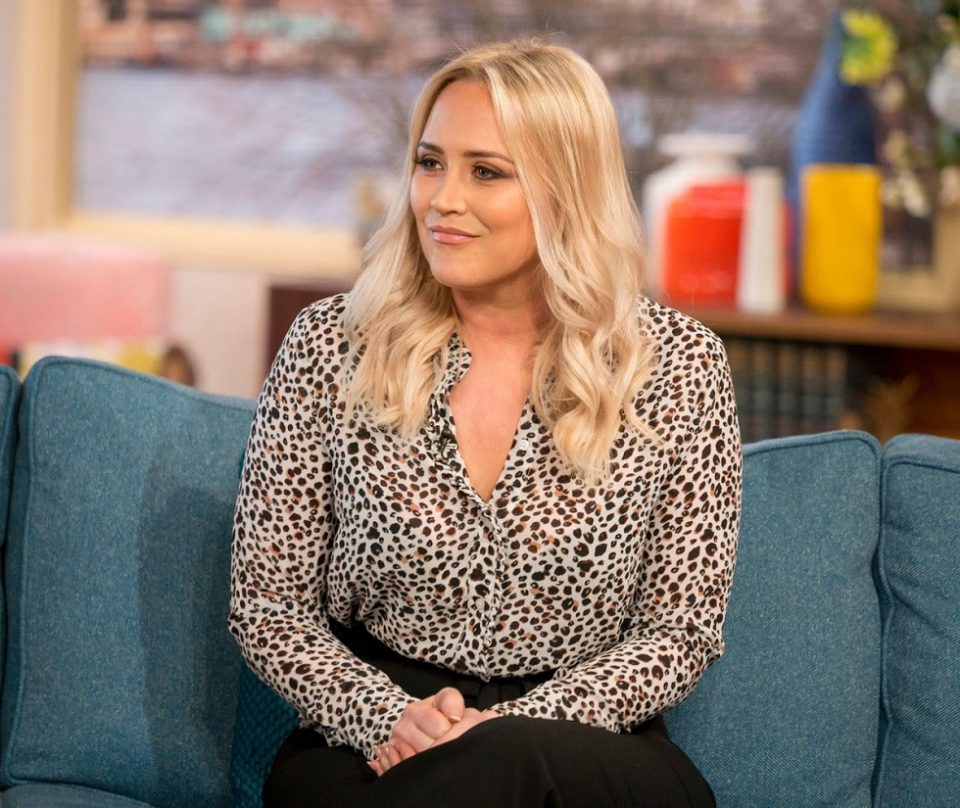 Amy Walsh is a popular English actress who is best known for her portrayal of Tracy Metcalfe in the hit show Emmerdale. Amy Walsh hails from a family of stars. One of her sisters, Kimberley Walsh, was a part of the famous all-girl pop band, Girls Aloud. Her other sister, Sally Walsh, is also an actress. Co-incidentally, Sally Walsh also appeared on Emmerdale. Let’s find out more about her.

Amy Walsh: All You Need To Know

When was Amy Walsh born?

When did Amy Walsh appear on Emmerdale for the first time?

Her Emmerdale character, Tracy, first appeared in the soap all the way back in July 2014, when she was introduced as Sam Dingle’s love interest. She came to the village after chatting with Sam via an adult chat line, and she ended up staying at Dingle Manor.

However, her relationship with Sam didn’t last long – she conned him out of his money, ended up sleeping in a barn, and then went on to work for Val Pollard at the B&B.

The Emmerdale star has enjoyed various theatre roles and was in Hollyoaks Later.

Amy Walsh isn’t the only celebrity of her family. Her two elder sisters are also stars. Kimberley Walsh was a part of Girls Aloud and Sally Walsh is also an actress who appeared on Emmerdale.

Sally was the first of the Walsh family to hit the big time when she appeared as Marlon Dingle’s troublemaker girlfriend Lyn Hutchinson from 1997 to 2000.

She worked in film and television from the age of eight and joined Emmerdale as an outspoken schoolgirl Lyn when she was 18.

Kimberley became a member of Girls Aloud after auditioning for Popstars: The Rivals in 2002.

The group went on to become one of Britain’s biggest-ever bands with 20 consecutive top ten singles, before splitting in 2013.

Amy Walsh spoke about her childhood and growing up with two supremely talented sisters: “It was a bit like Fame in our house. There are so many videos of us doing shows when we were kids. Every morning before school Sally and Kimberley would rehearse their own little shows and my mum was a music teacher, so she’d be accompanying them on the piano. When I first joined Emmerdale, me, my mum and Kimberley all sat together to watch and we had a little bit of a tea party, which was nice.”

Who was Amy Walsh engaged to?

The actress – who plays Tracy Metcalfe in the ITV soap – confirmed her engagement to Bradley Jaden in February last year, after the couple kept their happy news secret for six months.

Unfortunately, the wedding was cancelled and Bradley moved on very quickly with Olivia Kate-Holding, his co-star from Wicked.

The new couple also shared a video montage of a romantic holiday to the Bahamas which saw them jet-skiing, meeting local wildlife, and enjoying a boat ride.

Amy Walsh had met Bradley Jaden through her sister. Speaking as they announced their engagement, Bradley said the soap star was “the best thing that’s ever happened to me” and that she was “The One”.

Amy Walsh had some very fond memories of that time. She said in an interview: “I genuinely didn’t know what was happening until he got down on one knee.

“I just thought, no, this can’t be that! Then I burst into tears.” Bradley Jaden proposed Amy Walsh in Thailand. The couple was overwhelmed by the event and continued to shed tears of joy for some time.

Who is Amy Walsh’ sister?

All eagle-eyed Emmerdale fans must have noticed striking similarities between Amy Walsh and Girls Aloud singer Kimberley Walsh. Well, it’s not surprising, considering the fact that they are sisters. Amy Walsh’ other sister Sall Walsh had appeared on Emmerdale before her.

How old is Amy Walsh?

Kimberley Walsh is a superstar and a pop icon. She rose to fame as a member of the all-girl pop group Girls Aloud. Her younger sister, Amy Walsh, plays the role of Tracy Metcalfe on Emmerdale. Kimberley Walsh’ elder sister Sally Walsh had also appeared on Emmerdale during the late 90s and early 2000s.

Who was Lyn Hutchinson in Emmerdale?

Lyn Hutchinson was a character in Emmerdale from Episode 2150 (8th January 1997) to Episode 2652 (16th February 2000). She was the granddaughter of Jed Outhwaite. Lyn was played by Sally Walsh, sister of Amy Walsh who plays Tracy Shankley.

Who Are Amy Walsh’ sisters?

Amy Walsh isn’t the only star in her family – her big sister is Girls Aloud singer Kimberley Walsh, and her oldest sister, Sally, also starred in Emmerdale. Sally was the first of the Walsh family to hit the big time when she appeared as Marlon Dingle’s troublemaker girlfriend Lyn Hutchinson from 1997 to 2000.

Who did Sally Walsh play in Emmerdale?

Sally Walsh is an English actress who played Lyn Hutchinson in Emmerdale from 1997 to 2000. She is the sister of Amy Walsh who plays Tracy Shankley.

You may think that Amy Walsh’s only famous sister is Girls Aloud’s Kimberley. But the 30-year old actress – who is currently starring as Tracy Metcalfe in Emmerdale – has another celebrity sibling who you may also recognize.

The actress who plays Jennifer Metcalfe on Emmerdale, Amy Walsh is the younger sister of Girls Aloud singer Kimberley Walsh

What is Amy Walsh’ net worth?

As of 2019, Amy Walsh’ net worth is estimated to be somewhere between $1 million – $5 million. She has made most of her money through her acting roles.