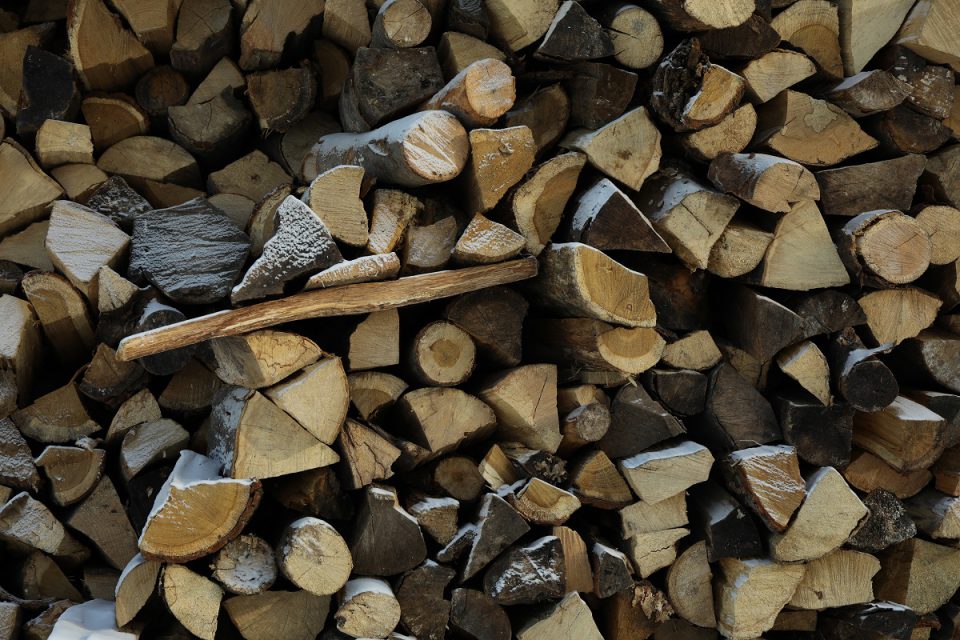 As a result of the record-high prices on gas and electric heat, thousands of UK households are switching to cheap and abundant wood fuels. But many of them are discovering that using wood fuel heat is a lot more nuanced and complicated than one might think.

You have to make a lot of choices. First, there’s the issue of whether to burn firewood or wood briquettes. If you chose firewood, you then have to decide what tree species to use (e.g. oak, birch, or alder). And if that wasn’t enough, you’ll then need to decide whether to choose less expensive seasoned logs or higher quality kiln-dried firewood.

In this article, we will discuss the pros and cons of kiln-dried and seasoned firewood to help you decide which option is best for you.

Seasoned firewood is usually between 5% and 15% cheaper than kiln-dried options. Suppliers can charge these lower prices because the creation of seasoned firewood does not require any investment into any specialist equipment. The only thing a manufacturer needs to create them is space.

Seasoned firewood is dried naturally by simply being left to dry outside for a certain period of time (usually between 12 and 24 months). While cost-effective, this traditional method comes with several major caveats.

Air drying is an uncontrollable, natural process. Because of this, the moisture content of seasoned logs tends to vary greatly and the low moisture content of every single log cannot be fully guaranteed by manufacturers. While some seasoned logs from a batch might contain well below 20% moisture (which is considered safe by Defra), others from the same batch might contain significantly higher moisture levels.

Historically, most seasoned firewood was dried to around 25% moisture levels, but the recent introduction of the Ready to Burn standard has made it illegal to sell such wet firewood in the UK.

The only way to minimize the risk of high moisture in some of the logs is to prolong the seasoning time of all logs. For example, instead of seasoning logs for 18 months, a company can do so for 36 months. While will not reduce the variance, it will reduce the overall moisture content of the moistest logs to within safe parameters. But very few producers are prepared to do this because land also costs money and the price of such a product would be too high to justify the practice.

Another problem is the possible presence of bugs, fungi, and various other unwelcome guests in seasoned firewood. This means that storing it at home is not safe.

Kiln dried logs are made by baking pre-cut tree material in a specialized industrial oven for several days. To help guarantee even dryness levels, an industrial fan is placed on one side of the kiln and proper ventilation is ensured.

As neither fungus nor insects can survive being baked in an industrial oven, kiln-dried firewood is 100% safe to store indoors.

Kiln-Dried Vs Seasoned Firewood: What Is Right For You?

As we’ve discussed, the biggest benefit of kiln-drying wood comes down to its efficiency, safety, and eco-friendliness. You can burn fewer logs while ensuring higher heat output and a cleaner-burning fire. At the same time, seasoned firewood is undoubtedly cheaper than kiln-dried offering while the quality differences are not night and day.

If you’re living from paycheck to paycheck, it’s okay to save a little bit of money by purchasing seasoned logs. As long as you choose firewood that has Defra’s Ready to Burn quality hallmark, you can be certain that your firewood is safe enough to burn. Skimping a little bit on your firewood is a lot better than skimping on food or healthcare. Just don’t forget that this type of firewood is not safe to store indoors.

If you have money to spend, then consider purchasing kiln-dried logs. The price difference isn’t all that significant, you’ll get a better heating experience, and you’ll still spend thousands of pounds less than if you would stick to gas or electric heat.

How to Remove Your Personal Information from Google