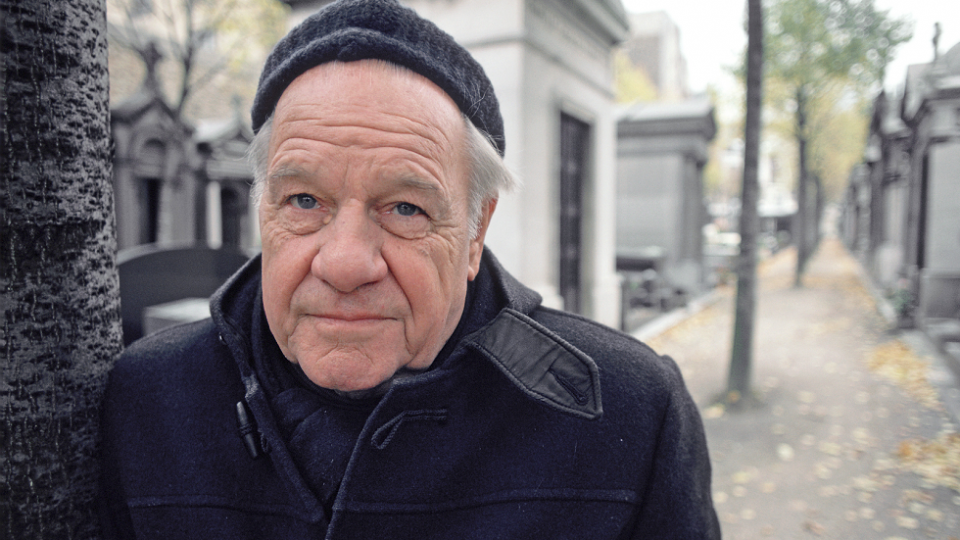 Like Gerald Durrell, elder brother Lawrence Durrell also wrote about Corfu, though his lyrical novel Prospero’s Cell about their life in Corfu has been less remembered than My Family and Other Animals. But that doesn’t diminish his popularity. His fame came through The Alexandria Quartet, a tetralogy published between 1957 and 1960. Another novel, Monsieur, or the Prince of Darkness, won the James Tait Black Memorial Prize in 1974. Constance, or Solitary Practices, was nominated for the 1982 Booker Prize. He became a bestselling author and one of the most celebrated writers in England.

Who is Lawrence Durrell?

Lawrence Durrell or Lawrence George Durrell was born on Feb. 27, 1912, Jullundur, Punjab in India. An English novelist, poet, and writer of topographical books, verse plays, and farcical short stories, Lawrence is best known as the author of The Alexandria Quartet, a series of four interconnected novels.

What are some of Lawrence Durrell’s books?

His first collection, Quaint Fragments, was published in 1931, when he was 19. In 1935, Durrell’s first novel, Pied Piper of Lovers, was published. Around this time he saw a copy of Henry Miller’s 1934 novel Tropic of Cancer. After reading it, he wrote to Miller, expressing intense admiration for his novel. Durrell’s letter sparked an enduring friendship and mutually critical relationship that spanned 45 years. Lawrence Durrell’s next novel, Panic Spring, was heavily influenced by Miller’s work.

Durrell’s first novel of note, The Black Book: An Agon, was also strongly influenced by Henry; it was published in Paris in 1938. The mildly pornographic work was not published in Great Britain until 1973. The story follows the main character Lawrence Lucifer who struggles to escape the spiritual sterility of dying England and finds Greece to be a warm and fertile environment.

His most famous work is The Alexandria Quartet, a four series tetralogy published between 1957 and 1960.

Durrell’s later novels, Tunc (1968) and its sequel, Nunquam (1970), were less favourable than his earlier fiction.

During his years on Corfu, Lawrence Durrell had made notes for a book about the island. He did not write it fully until he was in Egypt towards the end of the war. In the book Prospero’s Cell, Lawrence described Corfu as “this brilliant little speck of an island in the Ionian,” with waters “like the heartbeat of the world itself”.

Lawrence Durrell’s works of humour, Esprit de Corps and Stiff Upper Lip, are about life in the diplomatic corps, particularly in Serbia. His last book, Caesar’s Vast Ghost: Aspects of Provence, got published in 1990.

There are only three things to be done with a woman. You can love her, suffer for her, or turn her into literature.

A city becomes a world when one loves one of its inhabitants.

Like all young men I set out to be a genius, but mercifully laughter intervened.

Travel can be one of the most rewarding forms of introspection.

Music is only love looking for words.

The richest love is that which submits to the arbitration of time.

It is not love that is blind, but jealousy.

A woman’s best love letters are always written to the man she is betraying.

No one can go on being a rebel too long without turning into an autocrat.

The Alexandria Quartet is a series of four novels by Lawrence Durrell. The lush and sensuous tetralogy, set in Alexandria, Egypt, during the 1940s.

Composed of Justine (1957), Balthazar (1958), Mountolive (1958), and Clea (1960), The Alexandria Quartet demonstrates one of its main themes: the relativity of truth. More important is the implied theme: that sexual experience, the practice of art, and love are all ways of learning to understand and finally to pass beyond successive phases of development toward ultimate truth and reality.

Critics praised the ‘Quartet’ for its richness of style, the variety and vividness of its characters, its movement between the personal and the political, and its locations in and around the ancient Egyptian city which Durrell portrays as the chief protagonist: “The city which used us as its flora—precipitated in us conflicts which were hers and which we mistook for our own: beloved Alexandria!”

The Times Literary Supplement review of the Quartet stated: “If ever a work bore an instantly recognizable signature on every sentence, this is it.”

The first three books (written in first person) tell essentially the same story and series of events, but from the varying perspectives of different characters. It narrates a series of events in Alexandria before World War II; the fourth carries the story forward into the war years. Lawrence Durrell described this technique in his introductory note in Balthazar as “relativistic.” Only in the final novel, Clea, does the story advance in time and reach a conclusion.

In 2012, when the Nobel Records were opened after 50 years, it was revealed that Durrell had been on a shortlist of authors considered for the 1962 Nobel Prize in Literature, along with American John Steinbeck (winner), British poet Robert Graves, French writer Jean Anouilh, and the Danish Karen Blixen.

The Alexandria Quartet, a tetralogy published between 1957 and 1960, had the best-known novel in the series: Justine. In 1957 Justine was the first novel of what was to become his most famous work.

To readers and reviewers in 1957, Justine has and still inspires what has been called “an almost religious devotion among readers and critics alike.” It was adapted into the film of the same name in 1969.

The scene for the story Durrell’s narrator tells is the dusty, modern Alexandria of the 1930s, “an exotic city of constant interactions between cultures and religions” and with a cultural milieu that mixes exceptional sophistication with equally remarkable sordidness.

Justine is portrayed by Durrell which ‘mirrors’ Alexandria with its mixture of elegance and extreme poverty, and its ancient Arab ways co-mingled with modern European customs. Durrell’s Alexandria is a city where Europeans exist alongside Egyptians, and Jews and Christians exist alongside Muslims, and his characters, especially his lovely protagonist, she of the “somber brow-dark gaze,” mirrors the city.

According to Durrell, his protagonist Justine is the essence of Alexandria, its “true child…neither Greek, Syrian, nor Egyptian, but a hybrid.”

The narrator and Justine embark on a secretive, torrid love affair. As the adulterous lovers attempt to conceal their growing passions from Justine’s husband Nessim, who is also a friend of the narrator, the resulting love triangle grows increasingly desperate and dangerous, with the narrator fearing at the book’s climax that Nessim is trying to arrange to have him killed.

Josh O’Connor is the English actor known for his portrayal of Lawrence Durrell in the ITV series The Durrells.

After Larry Durrell’s death, his lifelong friend Alan Thomas donated a collection of books and periodicals associated with Durrell to the British Library, maintained as the distinct Lawrence Durrell Collection.

Thomas had earlier edited an anthology of writings, letters and poetry by Durrell, published as Spirit Of Place (1969). It contained material related to Lawrence Durrell’s own published works. Important documentary resource is at Bibliothèque Lawrence Durrell at the Université Paris Ouest in Nanterre.

Lawrence did not like formal education, but started writing poetry at age 15. Many critics regarded his poetry and nonfiction books as his most enduring achievements.

He first gained recognition as a poet with A Private Country (1943). Larry Durrell’s poetry has been overshadowed by his novels, but Peter Porter, in his introduction to a Selected Poems, calls Durrell “One of the best [poets] of the past hundred years. And one of the most enjoyable.” Porter describes Durrell’s poetry: “Always beautiful as sound and syntax. Its innovation lies in its refusal to be more high-minded than the things it records, together with its handling of the whole lexicon of language.”