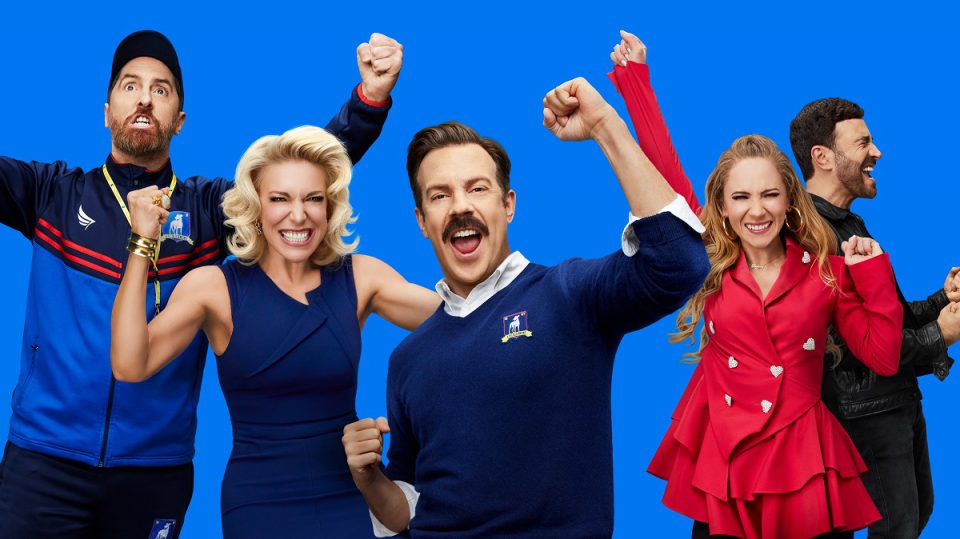 Jason Sudeikis, Bill Lawrence, Brendan Hunt, and Joe Kelly created Ted Lasso, an American sports comedy-drama streamed tv show inspired by a character of the same name that Sudeikis initially played in a number of advertisements for NBC Sports’ Premier League coverage. The show features Ted Lasso, an American college football coach who is appointed to train an English football team in order to resent her ex-husband by the team’s owner. While dealing with his lack of expertise in the sport, Lasso attempts to win over the sceptical English market with his homespun, positive demeanour.

Ted Lasso is not just the television equivalent of a chocolate soufflé; it also arrived at the opportune time, providing comfort to millions of people around the world. After the globe had to endure a pandemic for several months, the show proved to be a comfort for many a wounded soul. So it wasn’t just that it was the television equivalent of a chocolate soufflé; its first season also came at the right moment, and millions of people all over the globe found solace from the world’s suffering and distress.

Ted Lasso describes the tale of a good-hearted and well-intentioned American coach who, despite his lack of expertise, is called in to save a fictionalized Premiership football team, AFC Richmond.

“I have never coached the sport that you folks call football, at any level,” he says in the opening episode. “Heck, you could fill two internets with what I don’t know about football.” Ted is also unaware that he was hired by the club’s owner, Rebecca Welton, specifically to ensure the team’s failure in order to annoy her ex-husband. For many of the team’s restless players, Ted’s unusual coaching technique and unwavering positivity take some getting used to, with humorous results. Essentially, it’s a comedy about a cultural conflict. We watch Ted as he battles British scepticism and mockery while slowly but steadily winning over the people he meets.

Ted Lasso has undoubtedly done the same thing with television audiences, and rather than focusing solely on soccer enthusiasts, the show follows the Friday Night Lights approach of using the sport to examine friendships, relationships, and teamwork.

Let’s take a look at the leadership lessons we should take from Ted Lasso:

Maintain a positive mindset. Ted Lasso is a perpetual optimist, which results in a combination of first impressions. His nearly over-the-top excitement strikes the crew as strange at first, but amidst their initial scepticism, they eventually warm up to him. Not everyone can handle Lasso’s nearly unbridled enthusiasm and optimism. Lasso’s “can-do” mentality has a positive rippling effect that affects everyone.

Ted shows up in England with no prior knowledge of football or its rules. This earns him a lot of flak from his teammates and the mainstream press. His attitude, however, is never boastful; he is aware of his limits and recognises the importance of enlisting the help of others. You will never be an expert on all topics as a business owner; don’t assume that you can handle everything on your own; enlist the help of people who are.

The secret to a team‘s excellence is teamwork. Ted isn’t very knowledgeable about football, which is part of what has made the show so amusing. He does, however, know how to lead a successful team. Ted is sure that he can coach any team in any game, and he backs himself up by enlisting the support of a group of experts in areas where he lacks expertise. He allows experts to do what they do best while focusing on his talents of visioning, instilling confidence in the team, making difficult choices, making connections, and recruiting and nurturing talent. Good leaders surround themselves with a team of leaders who work together to ensure success.

Coach Lasso sincerely cares about each and every member of the team. He takes the lead with a smiling face and makes considerate efforts to raise morale and build genuine connections. Ted delivers biscuits to his new boss each morning to bond with her since he knows it reminds her of her youth. Ted takes a renowned delicacy from his home country of Nigeria to motivate a homesick footballer who is celebrating his birthday. He is concerned about every player’s well-being, which benefits the entire team. You become more empathetic and can truly comprehend people‘s experiences as you get to know them. You have a connection with them, and they have a connection with you. Strong leaders show real concern for their people. ​

You should always leave individuals in a better state than when you found them. Team members do not stick with you indefinitely, and projects can be temporary or long, so assess the influence you have on each of them strategically. “How did this person improve as a result of being a member of my team?” you should think. How should I strengthen their technical abilities, teamwork abilities, professional abilities, or a combination of the three?”

6. Learn to listen to everyone

Nathan is the team’s water boy, but he has some fascinating ideas about how to deal with the players, as well as game tips. Ted not merely listens to you, but he also values your viewpoint and follows through on your suggestions. This is something that might transpire in your company: you never know where the greatest insights will emerge from.

7. The key is in the people

Ted’s sincere commitment to the well-being of the people, which encompasses everyone from the principal to the assistants, as well as every single player, is the main reason he became a beloved and trusted leader. When an entrepreneur grasps this concept, he will be successful.

8. Try not to take it personally

As you might expect, Lasso’s reputation and coaching techniques were called into question immediately and often, including by the media, the general public, and even his own players. Despite intense criticism, Lasso demonstrates how to stay focused on who and what you are and your leadership concepts.

9. Motivation changes from person to person

Ted is well aware that Jamie is not motivated in the same way that Roy is (the veteran). He is familiar with all of his players and understands what motivates them. Not all employees are driven by money or status; some choose more flexibility, while others prefer more decision-making power. Identify the preferences of each member of your team if you really want to keep them all focused.

Successful teams are made up of groups of individuals who understand how to trust one another, rather than a few superstars. Jamie is a fantastic player, but he is constantly seeking personal limelight. When Ted persuades her to see things his way, not only does his perspective change, but he also wins the game.

The 50 Most Popular Women As per Google Search Volume

Your Ultimate Guide to Casino Slots