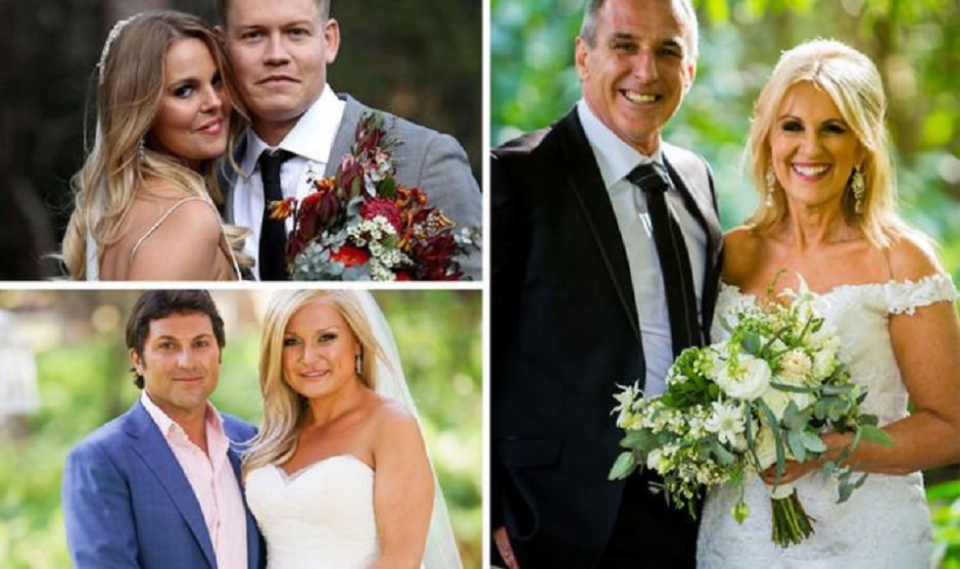 Married At First Sight Australia: Who Is Still Together?

Plumber Mathew, 34, and student Alycia, 32, stole the hearts of the nation, but Mat shocked viewers when he walked away from the marriage.  Speaking about the decision, he said: “She’s got this innocence and I’m a brat. I felt uncomfortable around her.” The plumber later went on to date co-star Charlene Perera (following a string of like minded contestants) while Alycia moved to Melbourne to be with her new man after just two months of dating.

Davina Rankin and Ryan Gallagher ended things prior to the final of Married at First Sight Australia.

Ryan insisted to the media that Davina cheated on him with co-star Dean, before the affair was exposed at a commitment ceremony. Unsurprising to no one, the pair broke up and Ryan went on to have a relationship with Charlotte Crosby after the pair appeared on I’m A Celebrity together. However, this didn’t last.  Once again like most contestants, Davina is content and settled down with someone outside the show – her boyfriend Jaxon, who she’s actually known for seven years after meeting him in a club in Brisbane.  The pair also have a daughter together, after welcoming Mila-Mae in December 2019.

Perera and Miller decided to stay together after the show, but Patrick allegedly ghosted Charlene once filming stopped!

Charlene later opened up about the real reason behind their split, admitting they were at ‘very different stages’ of life.  It’s unknown whether Patrick has been single since the show, but Charlene was reportedly getting cosy with her MAFS co-star Mathew Lockett. Neither confirmed the rumours, and it’s unclear whether Charlene is now single.

Railway technician Sean, 34, was matched up with 31-year-old executive assistant Blair. However, Sean voted to leave the marriage, which left Blair heartbroken. He later went on to date fellow contestant Tracey Jewel for five months before they broke up. While it’s unclear whether he’s still single, Sean released a tell-all book about his time on MAFS called Married Lies: Secrets Behind Reality TV. Blair is now happily with DJ Robbie Lowe.

Despite some huge bust ups on the show, Sarah Roza and Telv Williams said yes at the final second to the decision and stayed together for months after the show. The pair later broke up in March 2019 and appeared in court after each taking out an Apprehended Violence Order, which prevented them from speaking publicly to each other. Now, it doesn’t look like Sarah is seeing anyone new, while Telv is in a new relationship with his girlfriend Katie Beever. Last year, he also revealed he was expecting his third child with a former girlfriend.

Married at First Sight Australia fans remember vividly that Jo, 39, and pub manager Sean, 39, broke up before the show ended.The reality TV marriage did not go forwards as plans shifted dramatically when Sean was later being linked to co-star Gabrielle Bartlett who was married to Nasser Sultan.

That being said, Sean has denied any romantic involvement with Gabrielle. Mum-of-two Jo is seemingly still single, but recently said she is ready to start dating again. Sean has reportedly been spotted on Tinder, but it’s unknown whether he’s found a partner or not.

Melissa Walsh, 53, was coupled up with business owner John Robertson, 55, who made a comeback in season five after failing to fall in love in the previous series.

Although they looked like they would make it all the way to the end, John and Melissa called it quits not long after season five wrapped up. John is happily dating Aussie screenwriter Kenicha Hatten, after the pair met at an event in Sydney in 2018.  Melissa is engaged to partner Fred Whitson, with the pair having to put their planned June wedding on hold due to the pandemic.

Marketing consultant Tracey Jewel, 34, was paired with 39-year-old millionaire Dean. The couple decided against marrying each other after Tracey decided she couldn’t trust Dean after finding out he had kissed their co-star Davina Rankin. Dean has since made public statements about the cheating claims, saying the whole thing was ‘fake’. Tracey later got close to co-star Sean Thomsen during the show and announced her relationship at the finale, but they soon split.  Tracey is now with her current partner, Nathan ‘Nate’ Constable. Judging by his Instagram page, Dean isn’t dating anyone yet.

Justin, 41, was paired with 32-year-old Marketing Manager Carly from Melbourne. The couple celebrated their honeymoon in Vanuatu in Oceania, but they (like a majority of other contestants) decided to split before a final decision on their marriage could be made.

In keeping with contestants who found love (and chemistry) with other co-stars Carly went on to date co-star Troy Delmege and their shocking relationship was revealed at the show’s explosive season finale.

Justin was allegedly in a relationship with former contestant Ashley Irvin back in March 2018, but also failed to get married. Carly is now dating an actor Neil Goldsmith who appeared in Neighbours. According to a timeline from June 2020, the actor and Carly revealed they are expecting their first child together. As for Justin, it is unclear whether he is dating anyone, but he is spending more time with his two daughters.