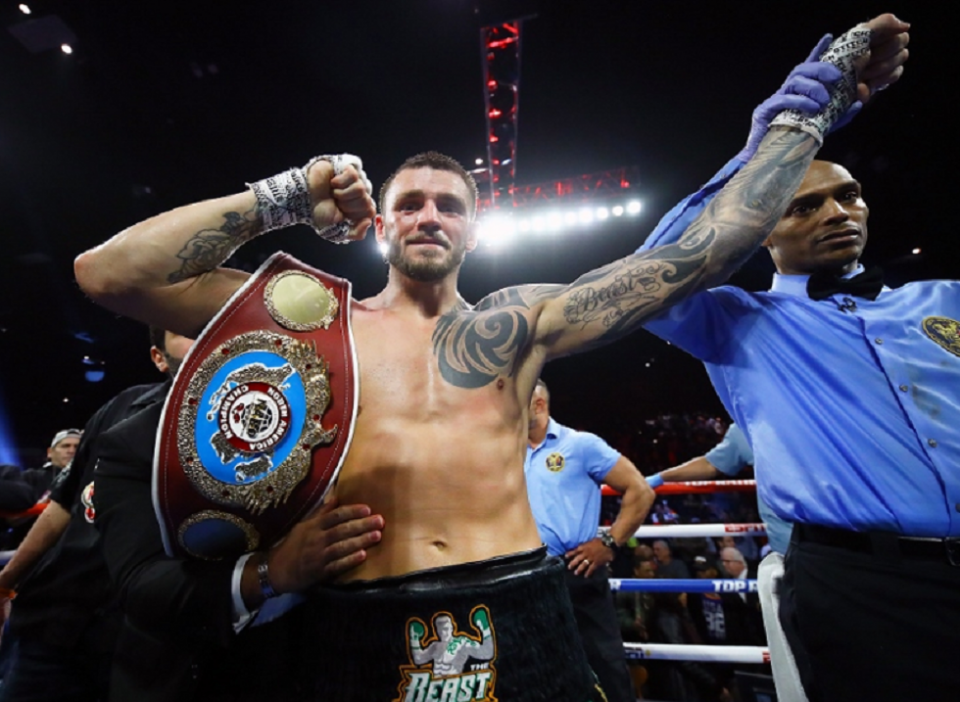 Thank goodness, we have a real fight coming up. Oh, wait … the fight is canceled or at least postponed because Maxim Vlasov was so careful during his training camps that he went and got himself infected with the ‘Rona.

With all of the boxing headlines dominated by Floyd Mayweather Jr. fighting a scrub Youtuber. And that same Youtuber’s less famous brother entering the boxing ring in another so-called ‘professional’ boxing match against a wrestler (Ben Askren), it’s was refreshing to have a legitimate boxing match on the horizon; a fight between consummate professionals who are masters of their craft. But alas, we won’t see the fight this weekend as we thought.

Due to a positive COVID-19 test for Maxim Vlasov, Richard Commey vs. Jackson Marinez has been elevated to Saturday night’s main event. pic.twitter.com/j86oRTtzCA

Ok. This fight will eventually happen, so we are still going to break it down.

Joe Smith Jr. takes a shot at climbing back to the top. Back in March of 2019, Joe Smith Jr. collided with Dmitry Bivol for the WBA title. However, the judges ruled against him in a unanimous decision favoring Bivol.

But Joe Smith Jr. is on another win streak. He bested Jesse Hart on January 11th, 2020 with a split decision win and then put down Eleider Alvarez in a bubble fight at the MGM Grand on August 22 of 2020 with a TKO. This is Smith’s chance to snatch up the vacated WBO light heavyweight title.

But good ‘ol COVID-19 shows up to ruin yet, another party.

“I am devastated with the postponement of my world title fight against Joe Smith Jr. I have been following strict protocols, I have done regular testing with negative results, and I have no symptoms. I am well prepared and had an excellent training camp. I look forward to the rescheduling of the fight and the opportunity to display my world-class skills.” – Vlasov

It’s a shame because even though Joe Smith Jr. is set by sportsbooks as a moderate favorite with boxing betting odds of -360 (risk 360 to win 100, or 36 for 10), Maxim Vlasov is a seasoned veteran at cruiserweight, nearly 50 fights. In his 48 professional bouts, he’s 45-3 with 26 knockouts, and it should be mentioned that he quit a chin as well, never having been knocked out or TKO’d in a pro-fight himself.

But most of his experience is as a cruiser. Now he has his sights set on light heavyweight and this vacant WBO title is the perfect opportunity for him. After all, he’s on a three-win streak, beating Omar Garcia, Isaac Chilemba, and Emmanuel Martey, back-to-back-to-back. His last loss was four fights ago against Krzysztof Glowacki in 2018. Before that, he was on a 12-fight run.

But, a fight against Joe Smith won’t be an easy one. Back in 2016, it was Smith Jr. who sent Bernard Hopkins into retirement after sending him through the ropes; but this would have been his first fight since 2019, which at this point, equals a lot of ring rust.

We don’t know when this fight will be rescheduled, but at least we’ll still get to see Adam Lopez take on Jason Sanchez. Adam Lopez is a -240 favorite, which still has some value, as he is definitely going to win. My prediction is Lopez wins by points/decision.

I also predict that Jared Anderson will destroy Kingsley Ibeh, but at -1500 there isn’t a lot of value. That said, there are some great props, that make it more valuable, like a Kingsley win in under 5 rounds, etc.

As for the newly elevated main event between Richard Commey and Jackson Martinez, I like to win this one, by decision, or perhaps a very late TKO.