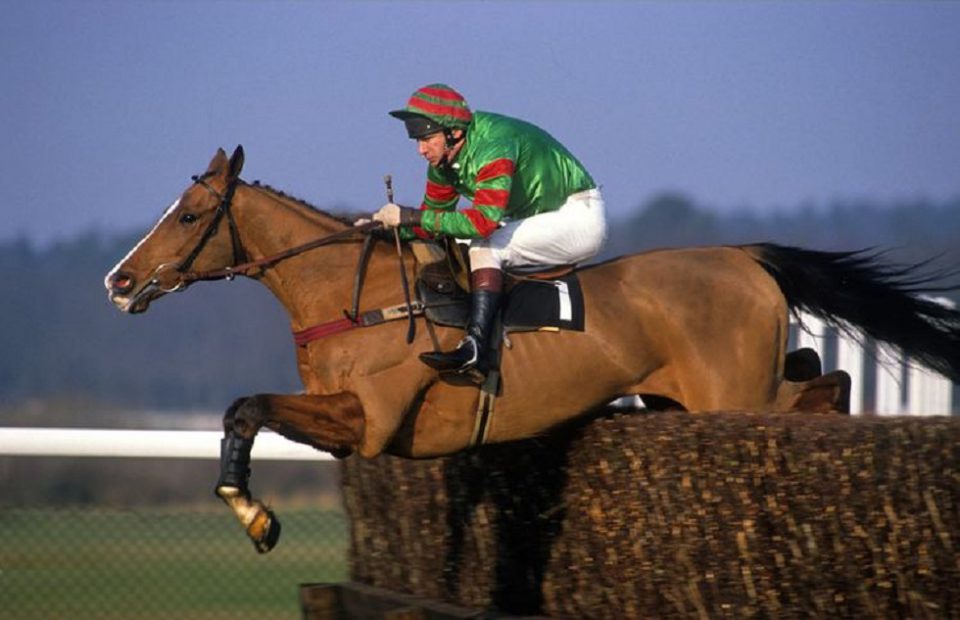 Often praised as “Scu,” Peter Scudamore is a former jockey and trainer in National Hunt Racing. He is indeed well-known for his enormous accomplishments in horse racing, but there are some other facts about him that you might not know.

Here are some interesting bits and feats of the eight-time Champion Jockey.

His father was also a popular jockey

Michael Scudamore (RIP) was the father of Peter, making him the grandfather of Peter’s jockey-son Tom Scudamore. Michael was an English National Hunt racing jockey between the 1950s and 1960s. But what exactly made him so famous?

Well, Michael was well-renowned for his sole Grand Nationals win in 1959 after riding in 16 consecutive matches. He achieved this greatness with one of his significant horses, Oxo.

Sadly, though, Michael’s riding career came to an end in 1966 after sustaining injuries from a fall during a chance ride. Peter admitted that he wanted to live up to his father’s legacy, and perhaps this was his motivation to become a jockey—which also influenced his son.

He rode some significant horses

Scudamore had races with noteworthy horses such as Celtic Shot, Bonanza Boy, Strands of Gold, Miinnehoma, and Little Polveir.

At the Cheltenham Festival in 1988, he rode Celtic Shot to secure his first Champion Hurdles title. He also won two Welsh Nationals with Bonanza Boy.

Others like Miinnehoma and Little Polveir, Scudamore rode them in his racing career but couldn’t win a title with them.

He’s a racing expert at Freebets.com

In 2019, Freebets.com announced a partnership with renowned former jockey Peter Scudamore. Since then, the champion has been sharing his exclusive knowledge with the leading sports betting service.

Freebets.com is a website dedicated to the best information on where to get free bets and bonus bets on horse races. These online casinos offer different betting markets like Win, Place, Show, Superfecta, Pick 3, Quinella, Daily Double, Wheel bets, etc.

Peter’s expertise includes betting tips on these markets, and talking points from huge events like the Cheltenham Festival and Grand National. He also offers his best betting predictions in the weeks and months leading to the competitions.

This is wonderful news for horse racing bettors who could use some professional guidance to sharpen their betting antennae and make more informed bets.

The freebets.com peter tips Scudamore page is where they can find lots of useful tips on different betting markets, updated every day. These include Peter’s Nap of the Day and Next Best prediction. On another note, Freebets.com feature some online casinos with the Cash Out feature. This gives players the ability to minimise losses by taking a reduced payout on the bet before the race ends. It’s a nifty tool that should be leveraged by every pundit.

Some other casinos offer what’s called Guaranteed Odds, which helps bettors secure the highest odds possible. Let’s say a pundit stakes on a match and the odds go up afterwards, they’ll get paid using the higher odds—provided it’s a successful bet.

Scudamore was widely famous for a record eight-times victory (including one shared with John Francome), with the last seven in succession.

After his winners and champion jockey titles, he became one of the most successful jump jockeys in history. His last ride was on Sweet Duke at Ascot in April 1993.

He won some major titles

Peter Scudamore had many victories and titles when he still raced. But, he distinguished himself from the others by winning some notable titles. He came out victorious 13 times at the Cheltenham Festival, including two Champion Hurdles.

Others include the Mackeson Gold Cup, Scottish Nationals, Hennessy Cognac Gold Cup, and the Welsh Nationals. The fun fact about his titles is that he won most of them more than once.

He was awarded an MBE

For his services and time to the sport of horse racing, Scudamore received an MBE award (Most Excellent Order of the British Empire).

He published his book

Along with Chris Cook, the Scudamore family (consisting of Michael, Peter, and Tom) published their book in 2018. The book reveals the life and times of one of the most successful families in British horse racing.

It also mentions the trials, such as the injuries they faced in their journey to becoming the best. The documenting book is titled “The Scudamores – Three of a Kind.”

After a long and successful career in the racing industry, Scudamore decided to retire and become a trainer. Not long after retirement, Scudamore became an assistant trainer to business partner Nigel Twiston-Davies.

He is currently an assistant trainer to Lucinda Russell at Arlary House Stables in Scotland. His work entails training racehorses for other jockeys.

For bettors who would like to stake on the horses he’s training, here are some horse betting secrets to first internalize.

He’s a cousin to former Executive Chairman of EPL

Peter Scudamore is a cousin to Richard Scudamore CBE, who served as the Chief Executive of the English Premier League until he became Executive Chairman in 2014.

Benefits of Apprenticeships as an Adult

What are the Best Alternatives of Friv?