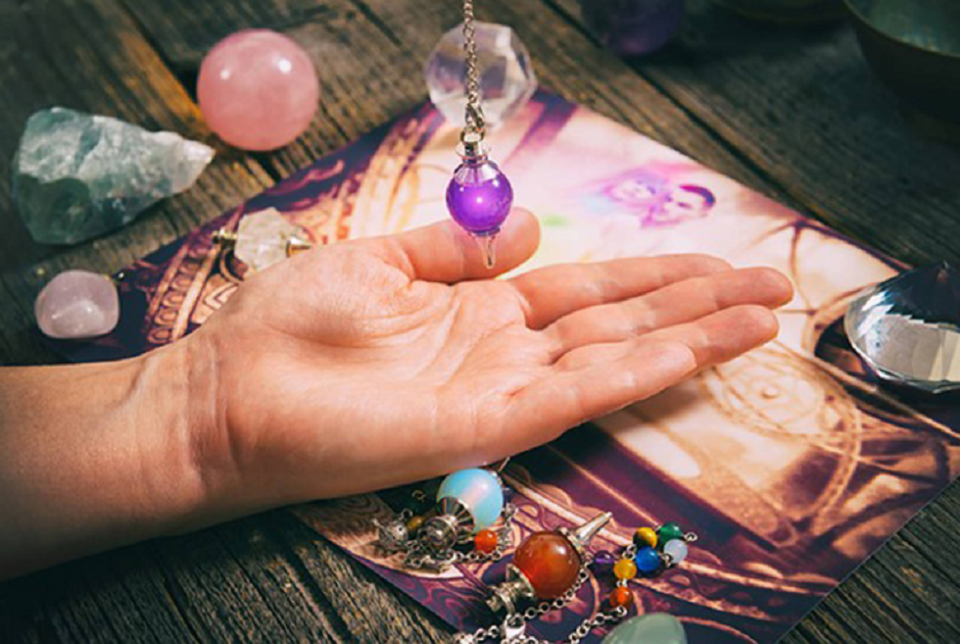 Psychic readings are something that a lot of us are (at least somewhat) familiar with. Psychics have been popularized in popular culture through different means of entertainment such as movies and books. Psychic readings aren’t defined in a scientific manner but for the purpose of this post, we will describe a psychic reading as an attempt to “read” or obtain specific bundles of information by using special perceptive abilities (something which most people don’t have). These abilities could also be heightened versions of the basic human senses of sight, sound, touch, taste and instinct. Psychics claim to possess the abilities of clairvoyance, clairaudience, claircognizance, clairsentience, and clairaudience. Psychic readings usually fall in the realm of the paranormal. Even though there is no scientific backing for psychic readings, a lot of people still show interest and faith in them. In this post, we will find out more about the intriguing phenomenon of psychic readings. Let’s get started.

Psychic Readings: From Past to Present

Psychics and psychic readings have been a part (albeit a small one) of the zeitgeist since the medieval ages. One of the most prominent names from that time is that of Michel de Nostradame (popularly known as Nostradamus). His psychic readings are a stuff of legends and a lot of his predictions are (allegedly) coming true till this day. He famously foresaw natural occurrences such as floods and droughts as well as political conflicts such as assassinations and war. While fans of Nostradamus swear by the perceived accuracy of his predictions, there are enough skeptics out there to question the authenticity of his predictions.

A lot of Shakespeare’s works feature psychics prominently in them. The spirit of Dane’s father in Hamlet and the three witches in Macbeth come to mind straightaway. A DC Comics character Madame Xanadu is also a psychic. The character of Vanessa Ives, portrayed by Eva Green in the Showtime show Penny Dreadful, is also a psychic.

How did monotheism lead to a decline in the popularity of psychics?

Unlike older, polytheistic religions, monotheistic religions believe in the presence of just one God who is the creator of everything in the universe. In monotheism, God is the only higher being and the idea of psychics being able to operate in a paranormal plane was ridiculed. However, as more and more people explore their spirituality, psychics might be slowly coming back to relevance.

What is the state of psychic readings in the modern world?

After suffering a decline in popularity for many years, psychic readings have come back to prominence in recent years and demand has risen. Shows such as the Jennifer Love Hewitt starrer Ghost Whisperer played a huge role in popularizing psychics in the early 2000s. Medium and My Psychic Life have also helped popularized psychics in the general conscience of the public. Those shows showcased psychics who could contact spirits and do things such as conveying messages from loved ones to ridding evil spirits. One of the most popular board games in recent memory, the Ouija board has also made psychic readings more popular. Whether they have proven the veracity of psychic readings or not, is up for debate, what is not up for debate is the fact that they have increased interest in the field.

How has technology affected psychic readings?

Psychic readings in general are quite detached from science. And throughout history, they have been that way. However, there are ways in which psychics can use technology to ensure that more people can have access to their skill and craft. With the global outreach of the internet, psychic readings can be accessed online from anywhere. The presence of psychic chat rooms now encourages uncertain individuals to gather advice more easily from experts resulting in faster psychic readings. There is one caveat though, it’s tough to check for the validity of the psychics who might be sharing the readings with you. Ease of access also makes people jump the gun and trust everything written on the internet, without using common sense with it. This can lead to a lot of misjudgement of cases and overreactions. With the influx of “free” psychic readings online, a lot of credible psychics are losing their income stream. It’s always best to consult an experienced psychic in person for more accurate readings. They can also give you some good advice about the steps to follow after giving you your psychic readings. However, when you do want to take some psychic readings online, make sure you chat with some expert on a reputed site.

Why do people believe in psychic readings?

As far as reading minds, speaking with spirits and an ability to predict the future go, these aren’t abilities that we generally associate with people in the real world. A lot of fictional characters have had such powers but their existence in the real world is debatable at best. However, many surveys have concluded that a lot of people strongly believe in psychic powers.

Who are some of the most infamous psychic frauds in recent years?

Despite these egregious cases, a US Gallup survey report found that over 25% of all people believe that humans possess telepathy, clairvoyance and other psychic abilities.

A recent study tested believers and skeptics who had a similar level of education and revealed that believers of psychic readings think more emotionally than analytically. They interpret the world and all of its occurrences from a more subjective and personal point of view instead of analyzing everything very analytically.

A lot of the believers of psychic readings believe in them without any concrete evidence. The case of the famous “dream detective” Chris Robinson is a great example. Robinson repeatedly claimed that he saw images of terrorist attacks, disasters and celebrity deaths in his dreams. However, there was never any concrete evidence to back his claims. Some lab tests supported his abilities while some didn’t.

Psychic readings are tough to validate

A lot of psychic claims tend to operate in the grey. While it might be tough to validate them, it can be tougher to invalidate them completely either. One such incident is fabled telekinetic Uri Geller’s contention that he “willed” the football to move during a penalty kick at Euro 96. While the ball did move in an uncontrolled environment in a slightly unusual way, the claim that Geller made came much later. Intense scientific scrutiny generally discredits psychic claims. In the 2007 TV documentary The Million Dollar Mind Reader, Derek Oglivie, the documentary’s focal point, believed that he had mind reading abilities but failed to read the mind of babies when he was put to the test. On the other hand, even when scientists and researchers have endorsed psychic readings, they have received some criticism. During the 70s, physicists Russell Targ and Harold Puthoff published a paper in the prestigious journal Nature, supporting the psychic powers of Uri Geller who famously bent steel spoons by just looking at them. However, prominent psychologists such as Ray Hyman refuted this claim by virtue of many methodological flaws in the research.

Psychic readings are somewhat generalized and open to interpretation

A lot of psychic readings don’t mention specific details and tend to be somewhat vague and generalized. However, people connect the dots themselves and find a way to retrofit an actual event with a psychic reading, boosting their belief in psychic abilities.

The Barnum Effect gets its name from master manipulator Phineas Taylor Barnum (PT Barnum). This is a common psychological phenomenon whereby people tend to accept a vague, generalized personality description as something that is unique to their own personality.

Research has demonstrated that a lot of people consider psychic readings to be very accurate if the personality descriptions are seemingly tailored towards them (when in reality, they can apply to a large number of people).

There is “some” evidence

One of the most important factors that makes people believe in psychic readings is that there is some scientific research in the field that has (relatively) positive findings. This helps reinforce the belief among believers that psychic readings are legit and they generally overlook the fact a lot of these findings have been criticised eventually. This propagates the belief in psychic readings and continues to build their popularity among people. Some research on premonition and precognition has had widespread public acceptance and criticism as well.

What does the future of psychic readings hold?

Psychic readings have risen in demand and popularity in recent years. That demand is expected to continue its upward trajectory in the future. With psychics combining their arcane skills with modern technology, we can see more and more people become interested in finding out about their psychic readings in the future.

Are Funeral Plans Worth It?