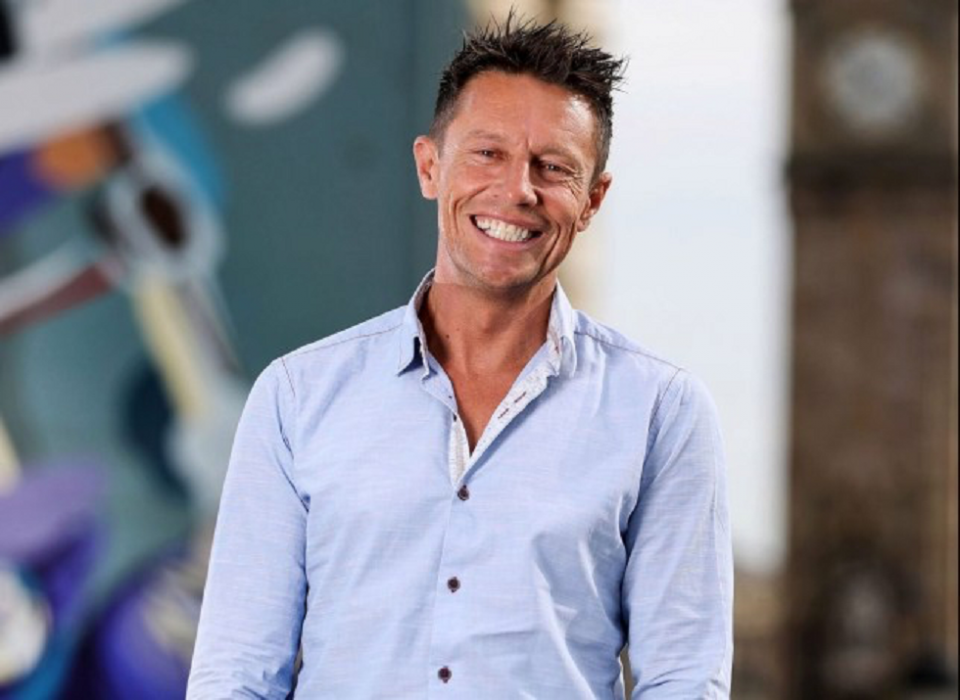 The year 2020 has been associated with another tragedy as it was the year when Irish radio DJ Stephen Clements took his own life. The beloved host left his family and fans to mourn his death accompanied by the cruelty that COVID 19 brought with it. Here’s a look back at his life, his past and what eventually would lead to his untimely death.

Stephen Clements: How Did He Die?

Who is Stephen Clements?

Stephen Clements (17 December 1972 – 6 January 2020) was a Northern Irish radio DJ and TV presenter. He is best known for hosting the Q Breakfast Show on Q Radio for 7 years until June 2019, and The Stephen Clements Show on BBC Radio Ulster from September 2019 until his death.

Stephen Clements was brightening up mornings and ensuring everyone gets a laugh on the way to work and school with his hilarious Q Radio breakfast show which he co-hosts with Cate Conway. The fun off-beat show caught the attention of an ever growing audience of all ages and from all walks of life – and even consisted of an impressive celebrity following.

The DJ host was married with two children and began his radio career with Citybeat. Stephen then went on to host Q Radio’s Breakfast Show for seven years, before shifting to the BBC last year. Before working in radio, Mr Clements studied geography at university and lived in South Korea for a period of time teaching English. The Q Radio breakfast show became one of the most-listened to radio programmes in Northern Ireland during his time there.

In June 2019, Mr Clements announced that he was quitting the station to join BBC Northern Ireland. He subsequently co-presented the BBC NI TV series Open for Summer during the Open Golf Championship in Portrush in 2019.

What happened to Stephen Clements?

Mr Clements passed away on January 6, aged 47, just hours before he was due to go on air to present his recently launched BBC Radio Ulster mid-morning programme.

A private funeral service was later held for the married father-of-two, attended by family and close friends still reeling from his sudden passing.

Just hours after posting a poignant montage of his family on Instagram, Stephen Clements died by commiting suicide.

Stephen Clements was 47 years old when the BBC Radio Ulster presenter passed away suddenly. He leaves behind a wife and two children.

Tributes have poured as a spokesman for Q Radio posted: “We are heartbroken today to learn that our former Q Radio Breakfast show host, colleague and friend Stephen Clements has died suddenly at the age of 47.” Another BBC colleague, Sara Neill, wrote: “My heart is so sad. A friend, a radio husband, and the man who taught me so much about broadcasting.” DUP leader Arlene Foster said it was “absolutely devastating news”. She said: “Have been a fan since Q days. We were in touch over Christmas & New Year.    “An incredible talent who was always willing to help others. “Please keep his wife, little children and wider family in your prayers.” Boxer Carl Frampton also paid tribute to the popular radio presenter. He wrote: “Just heard more heartbreaking news that local radio presenter Stephen Clements has passed away. “Deepest condolences to his young family and friends.”

Where did Stephen Clements die?

A deceased Stephen Clements has been put to rest at Roselawn cemetery in Belfast. The location pertaining to his death was Carrickfergus, United Kingdom.

He completed his education from Grammar School and attended Ulster University. He was married to his wife Natasha Clements and they had two children. Yesterday, on Twitter he posted a final heartbreaking tweet of his family, with the prayer and love emoji symbols

The brother of BBC Radio Ulster presenter Stephen Clements has spoken of how “the Earth shook” when told he had died. Speaking to the Mental Wealth Podcast, Gavin Clements opened up on the loss of his “superhero” brother.

“The Earth shook the day that we found out that Stephen had committed suicide and I don’t think we’ll ever get over it again, to be honest,” he said.

Gavin said they had an “absolutely normal” childhood and did not think Stephen struggled with mental health in his early years. “There was no suffering with depression, we didn’t even know what the word was,” he said.

Shockingly, Gavin revealed his brother had nearly died once before around 2003. This was when he was attacked while living in South Korea. “It was, we think, a racist attack but we never found out,” he said. “Although (in January 2020) we got the call to say that Stephen was dead, we’ve actually had that call once before from Korea, to say come and get his body, that he was dead.” Having suffered bad head injuries, he made a full recovery.

Gavin said: “I know what it’s like to win the lottery, because you’re told your brother dies and then you find out an hour later he was alive. It was amazing. How much I would give for that now.”

Gavin shared that he had also struggled with suicidal thoughts in the past, but had never acted on them. “As far as Stephen, I’d say there’s definitely a source, there was something that definitely was there throughout the later years but we just don’t know exactly what it is,” he said.

His brother later learned that Stephen had reached out to a family member in a letter to say he had suicidal thoughts. “Obviously we never knew about that, but absolutely no blame there whatsoever… clearly he was in a very hard place,” he said. He said counselling had been a major help to his family in processing their grief, and urged others to do the same. “It’s all about talking. The more talking the better,” he said.  Looking to the future, Gavin said he wants to keep his brother’s legacy alive with a charitable foundation in his name.

Who was Stephen Clements married to?

The host, Stephen Clements, is survived by his wife Natasha, and their two young children, Poppy and Robbie. They were all living in Carrickfergus.

The former beer salesman found his successful career a bit surreal after he took a big gamble five years ago when bored with his work life and chose to walk away from a successful career in sales at the age of 37 to follow his dream of being on radio.

“I always had a wee bit of a notion about doing radio when I was young but I had no idea how to get in the door. Growing up in a housing estate in Carrickfergus it seemed like a million miles away,” he says. “A few years ago I was at a sales meeting and I came out and just thought of how boring it was and questioned what I was doing with my life…..I rang Citybeat and asked how I could go about getting a job and they told me to send a demo tape in. I recorded one and sent it in – and two weeks later I was on air.”

Stephen went from never having been inside a radio station before to finding himself in the hot seat standing in for a regular presenter just two weeks after that impulsive phone call. He continued to work part-time for the station for two years and was then offered a full-time post presenting his own show.

That opportunity came just after his daughter Poppy was born so leaving a full-time job with a good salary and company car was a massive gamble, but with the support of his wife Natasha he took the plunge.

“It was a big decision to take the job as we had just had Poppy and I had a good salary. I did it for the love of it and not for the money as you don’t make a whole lot of money at first on radio.

“I wanted to do something I loved doing rather than wake up in the morning dreading going to work and being miserable all day.”

Outside of work Stephen was a huge Manchester United fan and a devoted dad. His early start for the breakfast show used to mean that he could spend the day looking after his two young children while his wife Natasha was at work. Early bedtimes because of his early start meant there was not much time for any hobbies but Stephen was just thrilled to have a job which frees up so much of his time to spend with his young children.

“I am lucky to be able to be at home for the children because of the hours I work,” he once said. “I can give you any information you need on any indoor padded play area in Northern Ireland because that’s where I spend a lot of my time. “I absolutely love it. I catch myself sometimes getting all gushy about Poppy and Robbie because I am so proud of them. “Poppy is in primary one now and it is an amazing experience and everyone has gone through it, but I just can’t help talking about her. “She is very much used to the whole radio thing now and is just so cool about it already. I thought the embarrassment about my job wouldn’t kick in until she was in her teens.” And he added: “Spending time with adults is brilliant, but listening to the wisdom of a five-year-old keeps you very level-headed. “Natasha and I try to get out to dinner once or twice a month, but with my early starts I usually don’t have much time for a social life.”