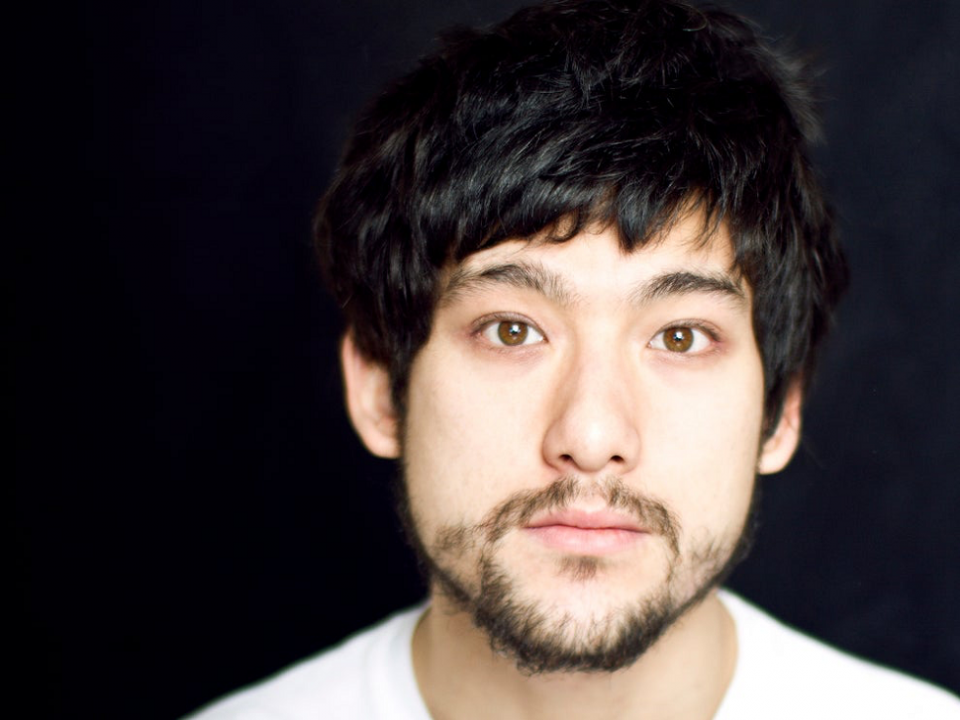 Will Sharpe is a Japanese-English actor, theatre artist, writer, producer, director, and voiceover artist who has been cast in a variety of roles in shows and movies such as Yuki Reid in BBC’s Casualty, Shun/Greta in Flowers, Zac Pratt in The Darkest Universe, Will in Defending the Guilty, Rodney in BBC drama Giri/Haji, Michael Chung in W1A, Rick in Babylon, David Cho in Dirk Gently, Tim Tanaka in Black Pond, and Corporal Lyons in Sherlock. Here are some things about the actor that interest his fans:

His Full Name Is:

After graduating from university, Will Sharpe joined the Royal Shakespeare Company for their 2008/2009 season. Sharpe spent a year at the RSC and appeared in such plays as The Taming of the Shrew, The Merchant of Venice, and The Tragedy of Thomas Hobbes, in which he played a young Isaac Newton.

Will Sharpe is an actor, theatre artist, writer, director, producer, and voiceover artist. From 2009 to 2010, he brought to life the character of Yuki Reid, an F2 Junior Doctor, in the British medical drama series, Casualty on BBC.

He made his first theatrical film appearance by playing the role of Tim Tanaka in the 2011 comedy-drama thriller movie, Black Pond, which starred Chris Langham, Simon Amstell, Amanda Hadingue, and Colin Hurley. Also, Will Sharpe wrote and co-directed this film with Tom Kingsley. The pair also directed and co-wrote the short film Cockroach in 2009.

In 2012, they were nominated for a BAFTA Award for Outstanding Debut. The thriller was also nominated for the Audience Award at SXSW 2012. Together they were named in Variety’s top ten European directors to watch, and won the Evening Standard Film Award for Best Newcomer. Will was also up for Best First Feature Film at the Writers Guild Awards too.

He has been a part of various plays including The Taming of the Shrew, The Merchant of Venice, and The Tragedy of Thomas Hobbes.

He is best known for writing, directing, and starring-in dark comedy-drama sitcom, Flowers which premiered on Channel 4 in 2016, and in the US on digital platform Seeso as their first original comedy-drama.

Flowers is a black comedy that tackles mental health, and follows the four eccentric members of the Flowers family as they navigate their lives together, and their own inner demons. The first series was nominated for a BAFTA for ‘Best Scripted Comedy’, and the second series aired in 2018 to widespread critical acclaim. The show’s other cast members included Olivia Colman, Julian Barratt, Daniel Rigby, and Sophia Di Martino and Will Sharpe also served as its writer, director, and associate producer.

Speaking about performing, writing, producing and directing Flowers with the BBC, Will Sharpe said:

“I like it all. I use the analogy that if you’re a musician or in a band, sometimes you write the music and perform it as well. And if you like mixing and producing, then you could also do that. But if you need a session drummer, you get one in, and if someone else wants you to play keys on their track, then you can do that. On this, I did find it liberating not to have the additional pressure of needing to complete the day, not having to look at the shot lists to try and think about how to get everything done in time.

I’ve been very lucky so far, with the directors I’ve worked with in the last couple of years, in that I’ve just thought they were really good and I’ve got on with them. So I felt safe with Julian and Ben (Chessell), and I’ve learned quite a lot from them just by seeing their different styles”.

As a voice actor, Will Sharpe has been a part of the video game called Total War: Shogun 2 in the year 2011.

His most recent work is Louis Wain. The upcoming biographical film has been written and directed by Sharpe, and will star Benedict Cumberbatch, Claire Foy, Andrea Riseborough, and Toby Jones.

This year, in 2020, Sharpe won a BAFTA Television Award for his supporting role as Rodney Yamaguchi in BBC drama Giri/Haji. This was the role that The Independent called ‘one of the most riotously funny turns since Richard E Grant stepped out as Withnail’.

Will grew up in Tokyo, Japan, until the age of 8 and then moved back to the United Kingdom. Will Sharpe has a sibling named Arthur Sharpe who is his brother. He is a film music composer who has written music for The Darkest Universe, Black Pond, and Flowers.

On growing up half-Japanese, half-British, he spoke to BBC for Giri/Haji saying:

“One thing I find quite interesting about Japanese and British culture is how they’re different, and how they’re the same. We’re both countries where we don’t talk about feelings very readily, and so the way certain things are communicated is through gestures; you’re quietly doing something that will mean something, rather than just saying it.

and I felt like that’s there in these scripts. It’s an extraordinary undertaking, but the production was very sensitive to the need to make it feel authentic.

I wasn’t part of the block that went to Japan, but it didn’t feel like there was the Japanese half of the production and then there was the British half. Everyone was mixed in together, like one big family”.