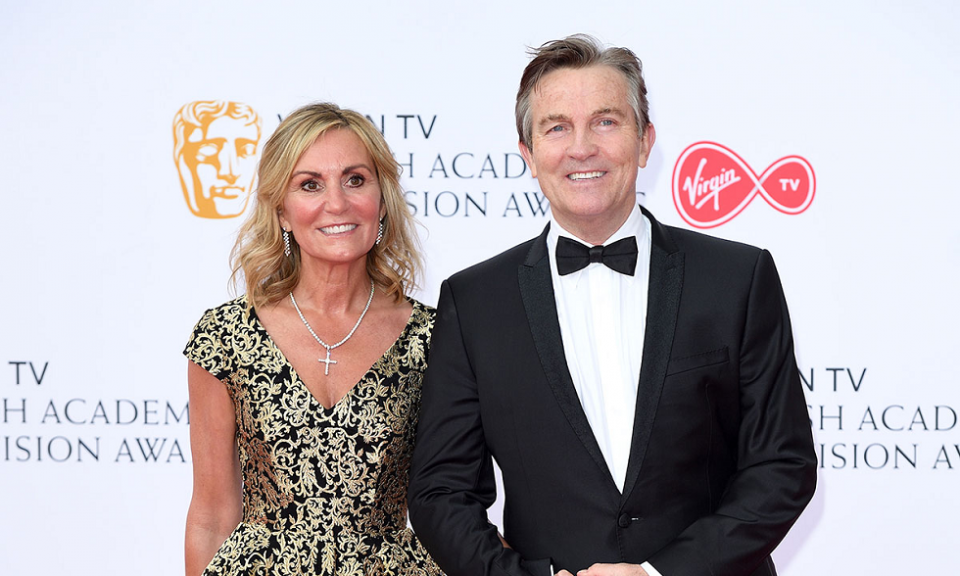 Here’s all you need to know about the former dancer Donna Derby who is married to Bradley Walsh in the entertainment industry with a huge following from his presenting gig on The Chase.

Who Is Donna Derby?

English actress, former dancer, and choreographer Donna Derby is famous for being the wife of actor, comedian and television presenter Bradley Walsh. She has gained prominence for her work on several Miss World beauty pageants.

Donna Derby is from England and her husband is from England too. TV presenter and comedian Bradley Walsh is a native of the town of Watford. Walsh was a professional football player before he joined the world of entertainment. Some of his most prominent roles are of Danny Baldwin in ‘Coronation Street’, DS Ronnie Brooks in ‘Law & Order: UK’, and Graham O’Brien in ‘Doctor Who’. He is also the host of ‘The Chase’ and ‘Cash Trapped’.

Donna Derby began her career with a notable appearance in the 1985 video short on the popular rock group, Willie and the Poor Boys. The short musical comedy was directed by Eddie Arno and Markus Innocenti.

In 1987, she portrayed a dancer in the season two episode, ‘The Russ Abbot Christmas Show’, of ‘The Russ Abbot Show’. Starring Russ Abbot, the sketch comedy show originally aired on BBC1 from 1980 to 1985. It was brought back in 1986 and had its second run until 1991. The show returned for the third time in 1994 and was cancelled for the final time in 1996.

In 1988, she played one of the several red-lipped seductresses in the music video for the English rock singer Robert Palmer’s song ‘Simply Irresistible’. This was Palmer’s first single from his 1988 studio album ‘Heavy Nova’.

The music video was directed by the renowned English photographer and film director Terence Donovan. The song and the video have been parodied and emulated several times in the following years. Interestingly, In 2017, Derby and Holly Willoughby, co-host of ITV’s ‘This Morning’, matched steps to ‘Simply Irresistible’. Willoughby later posted a photograph of their impromptu performance on her Instagram page.

From 1987 to 1988, she appeared in multiple episodes of ‘The Kenny Everett Television Show’.

Career over the years:

She and Walsh married in 1997, and have raised a son together, Barney Walsh.

Comedian, actor, presenter and singer Bradley has hosted The Chase since the ITV quiz show first aired in 2009. He is also one of Jodie Whittaker’s 13th Doctor’s companions in Doctor Who. The Chase is a show from ITV.

Performing seems to be in the blood of Bradley Walsh’s family as he, his wife and his son Barney are in the industry. Like her husband, Derby is known for her approachable and outgoing personality and accompanies him to various events.

Not only a star herself but Bradley credited his wife Donna for kick starting his amazing career in the entertainment spheres.

Bradley told Huffington Post the thing that keeps him most grounded is “my wife especially.

“Without a shadow of a doubt.”

He also told The Mirror: “I wouldn’t swap my missus for the world.

Bradley credits his wife for making him join Coronation Street in 2004 as he had reservations given the distance it would put in their relationship.

“She is the one who recognized what it could do for me even though it would mean being apart.”

Bradley once cheekily squeezed her breasts for paparazzi on the red carpet:

The Chase star, Bradley Walsh was seen looking cozy with his wife at a star-studded event back in 2005. Posing for photographers, the couple appeared very loved-up as Bradley put his arms around her waist, pulling her in for a cuddle. Then, the Chase star showed his cheeky side by grabbing Donna’s breasts and making funny faces for the camera.

How many children do Donna Derby and Bradley Walsh have?

They have one son, Barney who is 23 years old. Derby and Walsh’s son, Barney, was born in 1997. He is also pursuing a career as an actor and has appeared in the TV show ‘Doctors’ (2015) and the action adventure ‘King Arthur: Legend of the Sword’ (2017). That’s right, Donna and Bradley’s son Barney has dabbled in Law & Order: UK.

In 2019, he began sharing screen space with his father on the adventure reality show, ‘Bradley Walsh & Son: Breaking Dad’. Teaming up for the travel program, son and father were documented taking a road trip around the US and tackling some daunting tasks, including skydiving. Pushing Bradley out of his comfort zone, they also fed alligators, drove tanks and underwent cowboy training

Donna Derby is also the stepmother to Walsh’s daughter from a previous relationship, Hayley (born 1982).  The mother of Bradley’s daughter Hayley is Bernie Nolan, who passed away in 2013. Hayley is 38 years old and has a good relationship with Donna despite not being blood related.