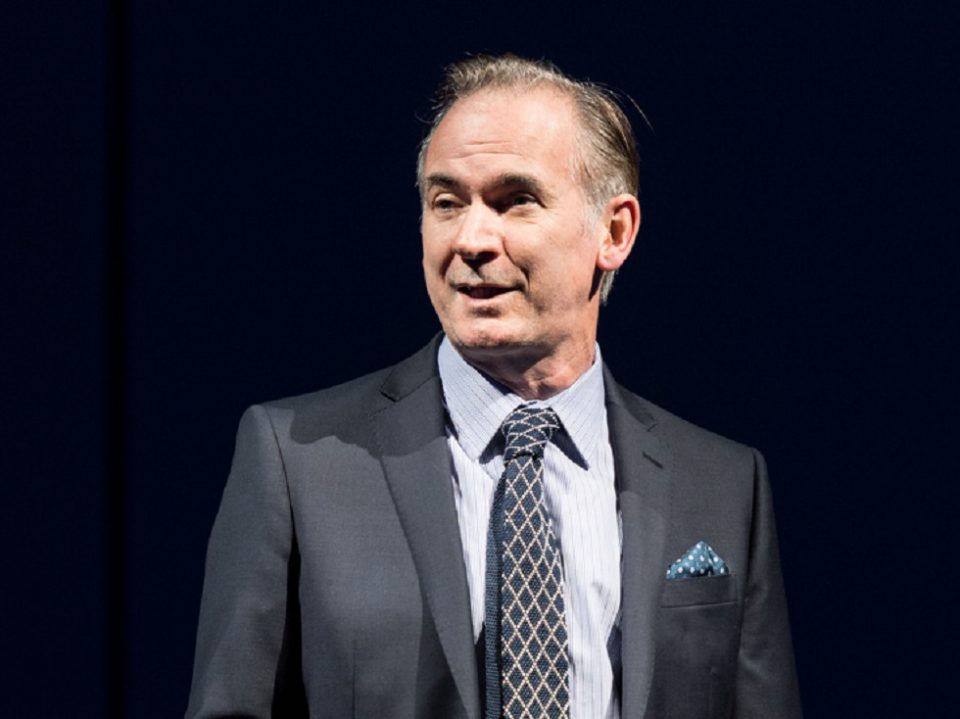 Read about Paul Ritter’s early life and career with an inside look at his TV shows, awards & more through the years.

Who is Paul Ritter?

Versatile character actor Paul Ritter is an English stage and screen actor. He is best known for his roles in films including Quantum of Solace, Son of Rambow, Harry Potter and the Half-Blood Prince, and The Eagle, as well as television programmes including Friday Night Dinner, Vera, The Hollow Crown,The Last Kingdom and Chernobyl.

How old is Paul Ritter?

This actor was born in Kent and although not from a show business family, there are strong thespian connections in his genes. Paul’s mother was a class-mate of comic actor Bernard Cribbins and his father went to the same school as the great comedian and writer Eric Sykes. Interestingly Skyes was someone whom Paul would portray in the TV drama ‘Tommy Cooper: Not Like That, Like This.’ We’re sure his dad had some pointers for him!

In the last decade of the twentieth century and beginning of the 2000s, Paul Ritter built up an enviable roster of stage roles once he began working at the National Theatre in roles for ‘The Royal Hunt of the Sun’, ‘All My Sons’, ‘Coram Boy’, ‘The Hot-House’, ‘The Curious Incident of the Dog in the Night- time’ and more recently as John Major in ‘The Audience’.

He has also built up a career working for the Royal Shakespeare Company and took part in a host of classical plays including ‘Troilus and Cressida’ and ‘The White Devil’. In 2009, along with co-stars Amanda Root, Jessica Hynes and Stephen Mangan, he was nominated for a Tony award when the Old Vic’s revival of ‘The Norman Conquests’ played on Broadway.

In the second decade of the twenty-first century, Paul Ritter became one of television’s most welcomely ubiquitous actors in such varied parts as a Scots vicar in ‘Mapp and Lucia’, a lead role in BBC One’s mother-dominated gay spy in ‘The Game’. He has also had success in roles such as in police dramas ‘Vera’ and ‘No Offence’ and as Pistol in the BBC’s adaptation of ‘Henry IV’, for which performance the Telegraph newspaper described him as ‘an actor destined for greatness soon’.

However the actor is most famous as the eccentric, usually shirtless Martin Goodman hosting his ‘bambinos’ for their British television sitcom ‘Friday Night Dinner’ on the Channel 4 sitcom. The show also stars Tamsin Greig, Simon Bird, Tom Rosenthal, Mark Heap and Tracy-Ann Oberman.

Ritter’s screen work has included TV roles in Nowhere Boy, the 2007 television serial Instinct, the comedy drama Pulling, Part II in BBC Two’s cycle of William Shakespeare’s history plays, The Hollow Crown, and comic actor Eric Sykes in Tommy Cooper: Not Like That, Like This.

The Daily Telegraph described Ritter as “an actor who is surely destined for greatness very soon. His Pistol portrayed perfectly the shock of a man who forcefully had left behind the rowdy cheer of Eastcheap, and found himself in middle age contemplating the melancholy of a medieval autumn”.

From 2005 to 2006, Ritter played Otis Gardiner in the original Royal National Theatre production of Helen Edmundson’s Coram Boy, for which he was nominated for an Olivier Award.

Ritter was also nominated for a Tony Award in 2009 for his role in The Norman Conquests.

In 2012, he appeared as the protagonist’s father in the stage version of Mark Haddon’s novel The Curious Incident of the Dog in the Night-Time at the National Theatre and in the next year, he played John Major in the premiere of Peter Morgan’s The Audience.

Where is Paul Ritter now?

Currently in 2020, Paul Ritter is playing Martin Goodman in Channel 4 comedy series Friday Night Dinner, a role he has played since 2011.