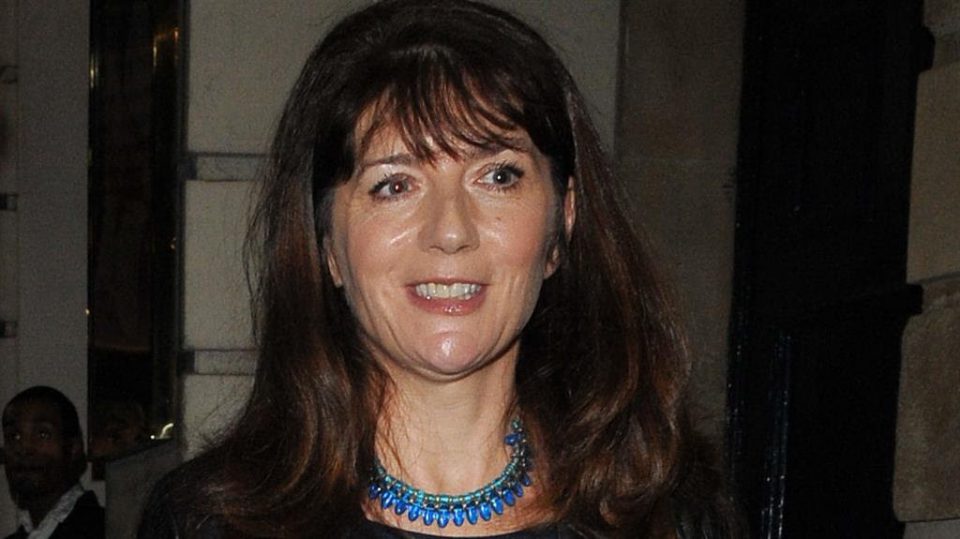 Suki Webster is a famous actress, writer and comedienne who has appeared frequently in collaboration with her husband Paul Merton, who is also a panelist on “Have I Got News For You”. Suki Webster and Paul Merton are a part of the critically acclaimed and long standing improv comedy troupe called Impro Chums. Other members of the troupe are Richard Branch, Lee Simpson and Mike McShane. Suki Webster also cast Paul Merton in the play My Obsession, which was adapted for BBC Radio 4 after a very successful run at the Edinburgh Festival earlier. Let’s find out more about this talented and rib tickling comedienne.

Suki Webster: All You Need to Know

How old is Suki Webster?

Who is Suki Webster married to?

Suki Webster is married to famous comedian Paul Merton The couple started dating in 2004 and married five years later. However, they have had a professional relationship since the 90s when they started with the Impro Chums. She admitted that a lot of people weren’t aware of the fact that they were married.

In a previous interview, Suki Webster had mentioned that her personal relationship with Paul Merton had been obscured by her professional partnership with him in the eyes of everyone else. She said: “A lot of people don’t even know we’re married, and I certainly don’t tell them. That’s not to say I’m not very proud of Paul, because I am.”

Webster added that their tendency “not to talk about it too much” stemmed from her preference to be seen as a comedy performer in her own right.

“I just don’t want people to think I’m trying to ride on his coattails, so I’ve always tried to do my own thing,” she explained.

“I want to be known as Suki Webster, not ‘The Wife Of’, and it’s important to me as an independent woman that I remain just that.”

Suki Webster was very well known as an improv maestro before marrying Paul Merton as well. Her improv group Impro Chums were highly acclaimed throughout their touring history.

Who are the Impro Chums?

The Impro Chums are an improv comedy troupe consisting of Suki Webster, Paul Merton, Richard Branch, Lee Simpson and Mike McShane. The highly acclaimed and long standing group improvises live stage shows based on scenes suggested by the theatre audience, in a similar vein to Whose Line Is It Anyway?

Impro Chums have toured extensively in Great Britain and have also taken their unique brand of comedy across different venues in Europe.

How did Suki Webster and Paul Merton collaborate for the first time?

Suki Webster’s play My Obsession, which tells the story of a middle-aged and mediocre woman becoming close to an obsessed fan, had a run at the Pleasance Courtyard at Edinburgh in 2014, and was adapted into three parts for Radio 4.

Speaking about the play, Suki Webster said: “I know comedy and am around comedians a lot, and I wanted my first play to be about something I knew well. I stood up on my own in a room mumbling it all and imagining lots of different comedians speaking the other part.”

Suki Webster had no plans of casting Paul Merton and was struggling to complete the casting process as her initial choice of comedians were unavailable for the project. When she thought about casting Merton in the play, she said to herself: ‘Really? You can’t think of anybody else who might be able to play a downbeat, disappointed, depressed comedian?”

Suki Webster admitted: “It never even occurred to me to ask him. “then I did stop to consider it – Paul Merton doing a play in a small, 100-seater venue – I could only think that he would never say yes. I was pleasantly surprised when he did.”

She has also been a very successful improv comedienne. Her credits in that field include ‘Paul Merton’s Impro Chums’ and regularly guesting with ‘The Comedy Store Players.’ Plus the West End run of ‘One Word Improv’ with Eddie Izzard, Stephen Frost & Neil Mullarkey and the Radio series ‘The Impro Musical’ (BBC R2). Suki Webster also appeared in ‘Lifegame’ at The National Theatre (Improbable Theatre Co). Suki Webster also showcased her awesome improv skills for ‘The Hidden Camera Show’ (BBC2).

Suki Webster co-wrote a major three part series for BBC2 about “The Birth of Hollywood.”  It was telecast on May 27th. Some of Suki Webster’s other recent projects include co-writing “Paul Merton’s Weird and Wonderful World of Early Cinema” as well as being the Assistant Director and appearing as a Parisian sophisticate.

In 2009, aside from her regular appearances with ‘The Impro Chums’ and ‘The Comedy Store Players’, Suki Webster also appeared on BBC Radio Four’s iconic programme ‘Just A Minute.’ She had a stellar performance and was later congratulated by famous talk show host Graham Norton on “a great debut.”

Suki Webster’s other work in 2009 included co-writing and briefly appearing in, as a cigar-smoking nun, ‘Paul Merton Looks At Alfred Hitchcock’ for BBC4.  An hour long documentary that concentrated on Hitchcock’s early British career before his move to Hollywood. It was well received by critics and fans alike.

VCH Piercing: Quick Tips To Read Up On