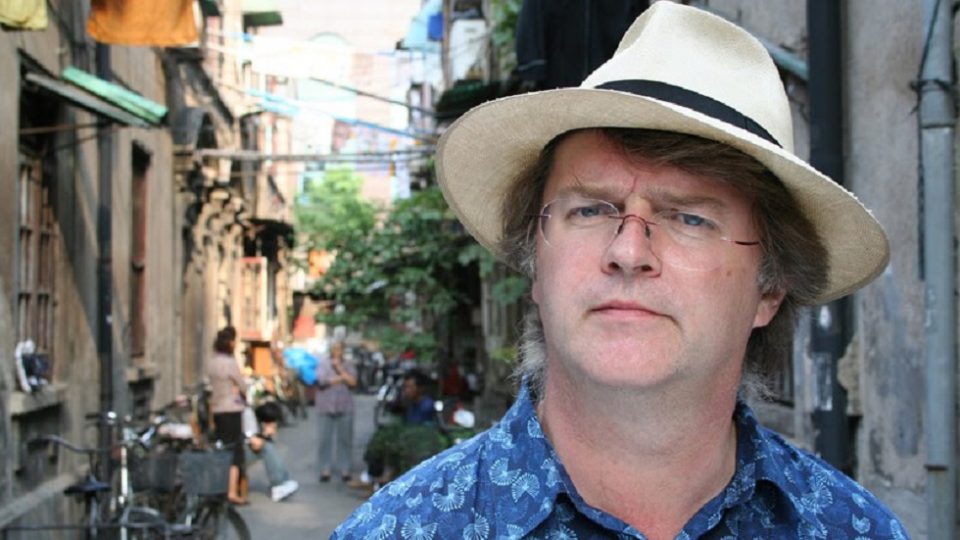 Paul Merton who was born Paul James Martin is a famous English writer, actor, comedian, radio and television presenter. Paul Merton is very famous for his formidable improvisation skills. His humous is rooted in deadpan, surreal and sometimes dark comedy. He has been ranked by critics, fellow comedians and viewers to be among Britain’s greatest comedians. He is well known for his regular appearances as a team captain on the BBC panel game Have I Got News for You. He also served as a host of Room 101. He also made numerous appearances in the British version of the famous improv comedy show Whose Line Is It Anyway? Paul Merton also appears as a panelist on Radio 4’s Just a Minute. Let’s find out more about this famous comedian.

Paul Merton: All You Need to Know

When was Paul Merton born?

Merton was born on 9 July 1957] in Parsons Green, west London, to an English Anglican father, Albert Martin (a train driver on the London Underground) and an Irish Roman Catholic mother, Mary Ann Power.

Where did Paul Merton study?

He attended St Thomas’s School, Fulham and St Teresa’s, Morden. He then went to Wimbledon College, a Jesuit-run secondary school that was formerly a grammar school and had just become a comprehensive, in a stream for boys who had failed the 11-plus, and he received A-levels in English and History. After leaving school, Merton worked at the Tooting employment office as a clerical officer for three years, quitting in February 1980.

How did Paul Merton start his comedy career?

Merton often claims that he was inspired to go into comedy at an early age watching clowns at a circus, remembering, “I had no idea that adults could behave like that.” His initial professional work as performed under his birth name. When he joined Equity he found that the name Paul Martin was already taken by a juggler in Leeds, so he renamed himself after Merton, the district of London where he grew up.

Even though Paul Merton had grown up with the dreams of becoming a comedian, his dream had to wait until April 1982 to be realized. This happened at a Comedy Store in Soho. Merton commented that he made his professional debut in Swansea in 1982 which led to having an “affection for Wales.” Merton said, “What we did over the course of two weeks was perform 10 shows and it meant that our first time on stage if we made a mistake on the Monday we wouldn’t repeat that mistake the next day.”  He has been with the London improvisation group The Comedy Store Players since 1985, and still regularly performs with them.

Merton has performed in Paul Merton’s Impro Chums at Pleasance as part of the Edinburgh Comedy Festival every year from 2008.

Paul Merton is all set to debut on the West End as a part of the 2021 revival of Hairspray at the London Coliseum.

Paul Merton made his breakthrough on TV in 1988 with Channel 4’s improvised comedy show Whose Line Is It Anyway?, which moved to TV from BBC Radio 4, though he had previously performed on the channel’s Saturday Live and compered its series Comedy Wavelength in 1987. He remained on Whose Line until 1993. Have I Got News for You started in 1990, and Merton followed it up with two seasons of his own sketch show, Paul Merton: The Series.

In 1996, Merton took a break from Have I Got News for You during its eleventh series, making only one appearance as a guest on fellow captain Ian Hislop’s team. Merton later said that at the time he was “very tired” of the show and that he thought it had become “stuck in a rut”. Nevertheless, he added that he felt his absence gave the programme the “shot in the arm” it needed and that it had been “better ever since”. In 2002, following allegations in the UK tabloids linking the show’s chairman, Angus Deayton, with prostitutes and drug use, the host was asked to resign from the show. Merton went on to host the first episode after Deayton and treated his former co-star in a “merciless” manner.

In 1999 Merton started hosting Room 101, a chat show in which guests are offered the chance to discuss their pet hates and consign them to the oblivion of Room 101. He replaced Nick Hancock for the job, who also happened to be Merton’s first guest on the show. Merton hosted 64 editions. In 2007, his final guest was Ian Hislop (who became the first interviewee to appear twice, having also been on an edition with Hancock). Hislop’s selections purposely included items that Merton was known to like, such as The Beatles and the films of Charlie Chaplin. Hislop’s final choice was Merton himself, done to represent his departure from the show.

Merton is one of the recurring stars from the 4 ITV Pantos. His best role came in 1999. In the same year, to coincide with the launch of his first stand up tour in 10 years, and this is me…Paul Merton, he was given his own one hour South Bank Show special.

He was rumoured to be a possible new host of Countdown to replace both Richard Whiteley and his successor, Des Lynam, but decided not to pursue this.

Merton is a keen student of comedy, particularly the early silent comedians and in 2006, BBC Four broadcast Paul Merton’s Silent Clowns, a four-part documentary series on the silent comedy craft of Buster Keaton, Charlie Chaplin, Laurel and Hardy and Harold Lloyd. A tie-in book, Silent Comedy, was written by Merton and published by RH Books in late 2007. The Independent described it as “clearly a labour of love” but criticised the exhaustive and overly-thorough plot synopses of the films discussed.

In 2009, Paul Merton directed and presented a documentary on the British films of Alfred Hitchcock, in a series of star-presented documentaries on BBC Four. In May 2010, Merton temporarily co-presented The One Show for two weeks on Thursday after Adrian Chiles left the show.

In Paul Merton’s third TV series for 2011, Paul Merton’s Adventures, the improv comedian went globetrotting on some of the most popular tourist trails and searched for extraordinary things on the way.

During the late 1980s, Paul Merton used to appear on BBC Radio 4’s The Big Fun Show. After long-time Just a Minute panellist Kenneth Williams died in 1988, Merton (a fan of the show) contacted the producer at the suggestion of the host, Nicholas Parsons. He was invited to participate during the following year and has appeared regularly on the programme ever since.  In 2016 Merton overtook Williams to become the second most regular panellist, surpassed only by Clement Freud.

Who is Paul Merton married to?

Paul Merton tied the knot with actress Caroline Quentin in 1990. However, the couple divorced in 1998. Merton subsequently had a relationship with producer and actress Sarah Parkinson; they were married unofficially in a service in the Maldives in 2000. The couple got officially married three months before Parkinson died from breast cancer on September 23rd 2003. They were officially married three months before her death from breast cancer on 23 September 2003. After that, Paul Merton married Suki Webster, a fellow improv comedian 2009 and has stayed with her since.

Shortly before becoming a household name on Have I Got News for You, Merton booked himself into the Maudsley psychiatric hospital for six weeks, because of psychiatric problems caused by the malaria medicine Lariam. In an interview with The Guardian he was reported to have been “hallucinating conversations with friends, and became convinced he was a target for the Freemasons”.

He used the Maudsley episode as a key framework in his 2012 tour, Out of My Head. He cited numerous examples of his experiences there, conversations with staff and fellow patients were played out as sketches with his fellow performers, Richard Vranch, Lee Simpson and Suki Webster. He stated that, during his time at the Maudsley, he was simultaneously appearing in Whose Line Is It Anyway? on Channel 4.