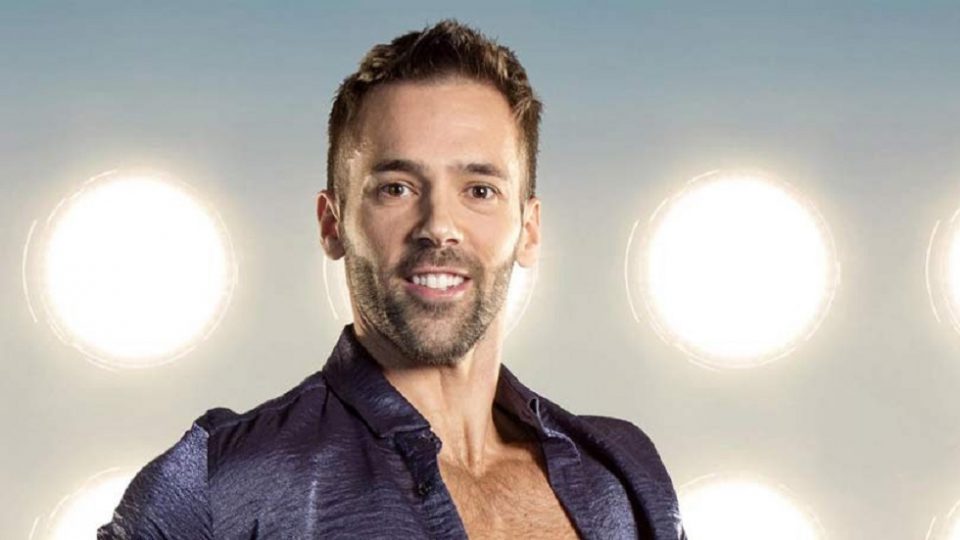 Sylvain Longchambon is a popular French ice dancer. He won two silver medals on the 1999–2000 ISU Junior Grand Prix series with Caroline Truong, bronze at the 2001 Ondrej Nepela Memorial, and bronze at the 2002 French Championships. The French skating pro married the Coronation Street actress Samia Ghadie after the duo were paired up for the 2013 series of the show. Sylvain Longchambon became very famous during his stint on Dancing on Ice and appeared on the 2020 series of the superhit show as well. Because of his tremendous skills on the rink, Sylvain Longchambon usually plays the starring role on the show. However, for the 2020 series, the French pro didn’t hit the ice with a celebrity partner in January. Instead, Longchambon skated alongside the cast in “select group numbers” just like his co-star Patti Quinn. Let’s find out more about this super-talented ice-dancer, his marriage to Samia Ghadie, his children and his illustrious career on ice so far.

Sylvain Longchambon: All You Need to Know

Sylvain Longchambon is a professional figure skater and ice dancer.

When was Sylvain Longchambon born?

How was Sylvain Longchambon’s career as a skater?

During his skating career, he’s bagged himself a strong collection of medals, most notably two silver medals at the ISU Junior Grand Prix series in 1999 and 2000, and a bronze at the 2002 French Championships.

Sylvain continued to skate competitively and joined the cast of Dancing on Ice in 2011. Sylvain Longchambon had a good run on the 2018 series of Dancing on Ice but he was eventually eliminated. Here’s what he said on his social media handle afterwards:

“Thank you every one who supported us last night on @dancingonice, wish we could have stayed in the show a bit longer as we had loads more to show but that’s the game! Well done @stephwaring for your hard work, keep your head up, you can be proud of what you’ve achieved.”

How did Sylvain Longchambon and Samia Ghadie meet each other?

Sylvain Longchambon met Samia Ghadie on the sets of Dancing on Ice (Series 8).

At the time Sylvain was dating Hollyoaks actress Jennifer Metcalfe, whom he met whilst skating with her on series 7 of Dancing On Ice.

Sylvain ended things with Jennifer on Christmas Day after getting close to Samia during rehearsals in 2012.

Jennifer has since revealed she holds no grudge towards the couple and is now happily in a relationship and shares a child with Greg Lake.

When did Sylvain and Samia get married?

Sylvain and Samia tied the knot in August 2016 after getting engaged in May 2015.

They had a lavish but private ceremony at a country house in rural Cheshire and their wedding photos were on the cover of OK! Magazine.

How many children do Sylvain and Samia have?

Samia Ghadie has a daughter named Freya from a previous marriage with property manager Matthew Smith. Samia Ghadie and Sylvain Longchambon have a son named Yves who was born on September 24th, 2015.

Who are Sylvain Longchambon’s former Dancing on Ice partners?

They were the seventh couple to be eliminated from the show in 2011. A year later, the French pro was forced to pull out of series 7 along with partner and Sugababes star Heidi Range when he tore a tendon in his arm.

Sylvain Longchambon made a triumphant return to the show during the next series with Samia Ghadie, who he eventually married. Sylvain and Samia made it all the way to the eighth week of the show before they were eliminated in a skate-off by pro boxer Luke Campbell.

Why was Sylvain Longchambon snubbed from the 2020 series of Dancing on Ice?

Dancing On Ice’s 2020 series was a highly anticipated show among Britons (and across the globe). In a bummer though, fan favourite Frenchman Sylvain Longchambon, 39, was “demoted” to group dances.

The main reason why he was frozen out of the 2020 series was that he was without a celebrity partner for the first time since his first appearance on the hit ITV show. The series aired in January 2020, but the skating favourite only appeared in group dances.

Sylvain had featured with a celebrity partner every year the show had aired but only appeared in “select group numbers” in the 2020 series.

It came after the professional lineup was released for the 2020 series and unfortunately for the Frenchman, he wasn’t in it.

A source from the show said: “Sylvain was unable to return as a regular professional this year due to logistical reasons and family commitments but we are delighted he remains with us for group numbers and we wouldn’t rule out a full time return in future series.”

Last year, the fan favourite skated with Corrie actress Jane Danson, but the pair were voted off in a double elimination that left many fans with a bad taste in their mouths. Some of Sylvain Longchambon’s former dancing partners are: Jennifer Metcalfe, Heidi Range, Jane’s co-star Samia Ghadie (eventual wife), Jorgie Porter and Stephanie Waring.

Sylvain became a household name after his debut with Jennifer Metcalfe in 2011, as his skills on the ice mesmerised viewers.

The duo dated for two years until he was partnered with Coronation Street star, Samia, when he rejoined the show after recovering from an injury.

The two fell in love and later married at an intimate wedding ceremony in 2016.

Even though the French phenom Sylvain Longchambon was away from the spotlight without a celebrity partner, some of the other huge name son the show retained their spots.

Matt Evers, who has appeared in every series since the show launched in 2006, came back.

Defending champion Alexandra Schaumam also made her return alongside her husband, Lukasz Rozycki.

Another husband and wife team, Alexander Demetriou and Carlotta Edwards, also took to the ice.

There were also two new additions who joined them – 32-year-old doctor Tom Naylor and 34-year-old Disney on Ice performer, Brendyn Hatfield. Jessica Hatfield, his wife served as a reserve skater.

Mangastream: Best Alternatives to the Manga Reading Site in 2021

How Online Slots Have Adapted and Changed Over the Years