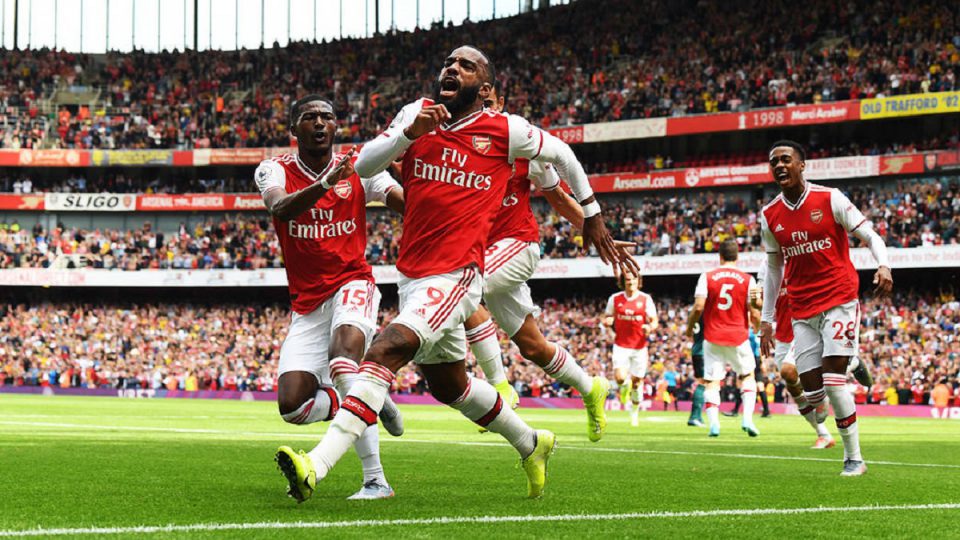 The season is about to begin, and teams are preparing their squads. It is clear that some have more options than others, but it is not until the last match that the winner will be known. However, some sites are already predicting who could be the new Premier League champions. Until the competition begins on August 6th, bettors should enjoy non Gamstop casinos, where you can deposit your money with credit cards or even cryptocurrencies until they know the final squad and bet on their favourite team. The question is, will they bet on Arsenal as one of the favourites to lift the title?

With the 2021/22 Premier League campaign ending with Manchester City taking the victory home, and Arsenal missing the Top Four to end up in fifth place, we reach the end of the season and look forward to the future. Even though these last few years have been somewhat hard for Arsenal, since the 2015/16 season, they have not been able to finish within the Top Four. Nevertheless, we have the upcoming EPL season to look ahead to, with Arsenal fans ecstatic at reclaiming a spot amongst the Top Four, perhaps even winning the 2022/23 EPL title, and crowning themselves as the champions of the 2022/23 season. With three EPL titles under their belt, fans are looking forward to adding a new one to their trophy rack. How close are they to scoring this particular goal, though? That is what we are here to find out.

The start of the pre-season games has been somewhat complicated for Arsenal, as it has been dealing with certain complications, causing them to not be at the top of their game. The unexpected absence of five players during its pre-season friendly against Ipswich Town was noteworthy. Amongst these absentees, newcomer Fabio Vieira, stands out. As he heals from a recent injury that has left him sitting on the bench, he has reassured his followers on Instagram that there is nothing to be concerned about, so we send him our best wishes for a speedy recovery.

May the best win!

In order to see how close the Gunners are to reaching the dream and reclaiming the trophy, we must first listen to the experts and look at the odds offered by the bookmakers. Sky bet has already placed their bets on who will be the 2022/23 Premier League champion, and, somewhat unsurprisingly, Manchester City leads the polls with odds at 4/7. However, turning to the matter of Arsenal, the bookmakers picture a more sombre picture with odds of 50/1 for the Gunners bringing the title back home this coming season.

For the less experienced, who might not fully grasp these figures regarding betting odds, there is a simpler way of explaining them using percentages. Whereas teams such as Manchester City and Liverpool are the undisputed favourites, with an estimated 64% and 31% chance of taking the title home, respectively, Arsenal are placed right at the bottom of the list with a 2% chance of winning the 2022/23 EPL season, only slightly above Newcastle United. This does not bode well for Arsenal fans, as experts do not consider their team a threat to the dynamic duo, Manchester City and Liverpool.

Therefore, since it is difficult to see Arsenal taking home the coveted trophy, we might have to somewhat lower our expectations and hope for Arsenal to rank amongst the Top Four by the end of the season. How are the polls on that front? City and Liverpool were a no-brainer due to their outstanding record last season. Chelsea’s odds rank at 8/11, which is a relatively good number, followed by Tottenham at 5/4. Finally, Arsenal, with odds of 2/1. The hope is that current Arsenal manager Mikel Arteta, a controversial figure to some Arsenal fans, will make the right moves to help his team recover and launch themselves back to the Top Four over the 2022/23 season.

Losing the fourth position to Spurs this last season has been a heavy blow for the Gunners, but there is still time to recover. Arteta was capable of guiding one of the youngest squads to triumph over more experienced teams, and even though flaws in judgment and management paid a heavy price, it is hard to deny that Arsenal have been able to create a team with character and willpower that has massively improved the team’s performance on the pitch. Maybe all it needs is a final push in the form of new recruits. Perhaps some will remain sceptical over a potential return for Arsenal to the leader boards. Still, here we like to stay optimistic and believe that this dark horse has proven to be capable of significant feats, and perhaps, this will be their season to shine.