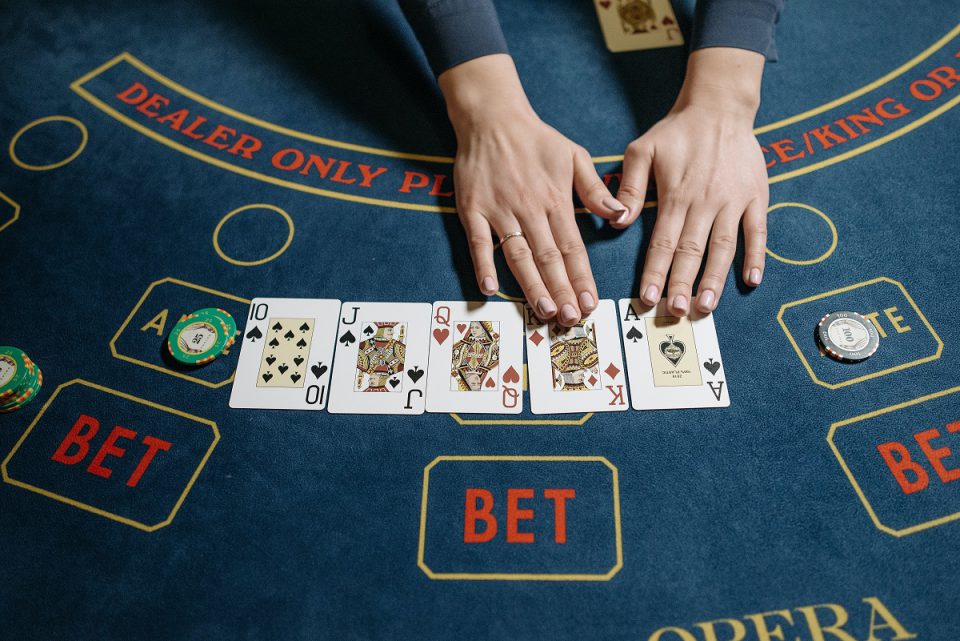 We might associate casinos with Las Vegas in the 1950s and all the glitz and glamour that came with it, but many of the games that you can enjoy at a casino are much older. Whether you are swinging by your local brick-and-mortar casino for a quick game or you are logging on to your favourite online site, the games you decide to play might be quite a bit older than you think. Here are some of the oldest casino games that we are still playing today.

Craps is a dice game that is found at many a real-life casino. Head over to the tables that are loudest and seem most intent on their respective games, and there will be a good chance that you have found a craps game in full swing. You bet on the outcome of the roll of a pair of dice. Though there are many combinations that you can choose from, the rules are pretty straightforward, and you should be able to pick it up.

Though the game of craps is thought to be from the 18th century, games involving betting on pairs of dice are much older. It seems like as long as we have been able to craft a six-sided die and place a bet on how it would land, we have been able to do so! There are even references to a dice game in the 14th century Canterbury Tales by Chaucer. We have loved dice games for a very long time!

Roulette is another popular casino game with a long and healthy history. Head to any casino, be it one found at https://www.onlinecasinos.co.uk/ or even your nearest physical place to play, and you will no doubt be able to find a roulette table. They are instantly recognisable due to their spinning wheel and iconic betting board. Players bet how a small ball will land in the wheel. The easiest bet is simply guessing whether it will land on a red or black pocket, but you can go so far as to bet on a certain number or even certain sets!

The modern roulette wheel was invented by François and Louis Blanc in 1843 and was popularised in the casino of Monte Carlo and other casinos across Europe. The game itself though is older, with the precursor to the Blancs’ wheel appearing in the form of Blaise Pascal’s 17th-century perpetual motion machine.

Baccarat is a favourite amongst casino players for its ease to play. Even in a group setting, you are playing against the banker and not against all of your fellow players at once, as you might do with a game like poker. It is an elegant game that was popular with the French nobility in the 19th century. In the modern era, it is the preferred card game of one James Bond, and he is even introduced playing the game in the first film Dr No, starring Sean Connery.

Baccarat is an older game than you might think. Playing cards have existed since the 9th century, which has given us plenty of time to come up with some games that people might like to play. In terms of baccarat, we have written references to the game from as early as the 1400s. While we don’t know for certain, most believe that the game is Italian in origin and then migrated to France and beyond. One of the most popular modern variations, baccarat punto banco, comes from Havana.

The game of blackjack is another popular card game you will find at the majority of casinos, both online at the sites at https://www.onlinecasinos.co.uk/ and offline at some of the great casinos all around the world. Part of the popularity of the game comes from the fact that you play directly against the dealer. Though there might be other people at the table with you to play, their actions will never have an impact on your wins – and vice versa.

Your aim is to collect cards to a value that does not exceed 21. The dealer will do the same. You also place a bet that your hand will beat the dealer. The best hand is a natural blackjack – an ace with a 10 or a face card.

This game has been around for hundreds of years. There are even references to it in famed Spanish text Don Quixote. Since Miguel de Cervantes wrote this in 1601, it is likely that the game was already well-known throughout Spain then.

At some online casinos, you will be able to find lottery-style games called keno. They are something a little different from the casino games we have listed above, and are representative of one of the oldest forms of gambling that we have.

Lotteries were and are still commonly used to raise funds for various projects. It is believed that one of the oldest lotteries might even have been used by the Chinese Han Dynasty to fund the construction of the Great Wall of China. The Romans were also no stranger to lotteries – either as entertainment or to raise funds for repairs and other maintenance. In early colonial America, lotteries were used to help finance the colonies and even found noted establishments such as Princeton University.

The above options are just some of the games that we have seen at online casinos, but they are the ones with the long and prestigious histories. No matter what you might be interested in, you should take a look at the history of the games that you decide to play. You never know when there might be one that is packed with interest history and facts. Have you tried any of the ones above? Though they might be games that you thought were quite modern, you could in fact be sitting down to play something that we have enjoyed for hundreds of years. Whoever would have imagined that they would still be so popular today!

Planning A Scotland Getaway? Here Are The Best Times To Visit

The Best Online Entertainment for When You Are Bored