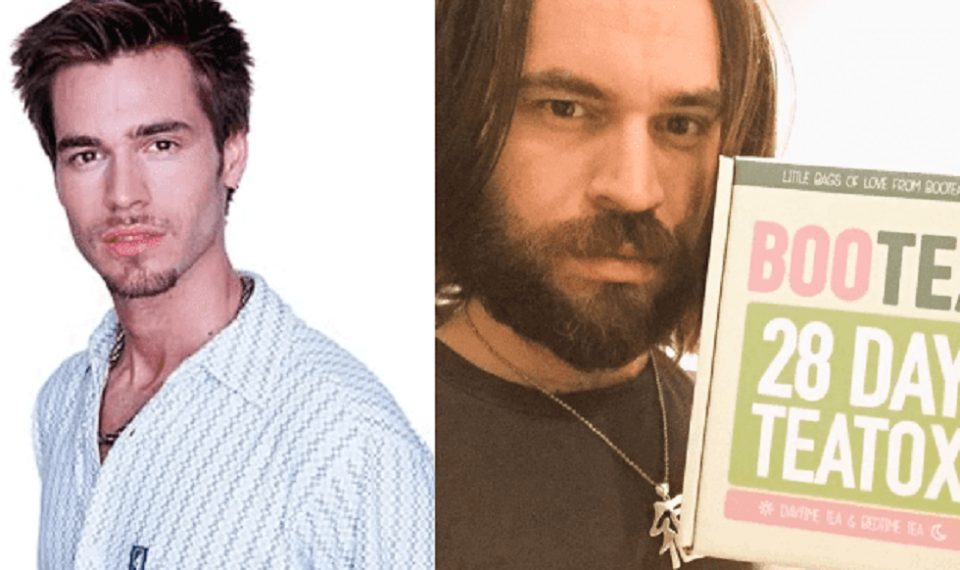 Big Brother 2002, also known as Big Brother 3, was the third series of the British reality television series Big Brother, but did you know it began as a TV experiment? Luckily it worked out well for Alex Sibley! Alex Sibley came third on Big Brother in 2002. Following that, he went on to appear on a few more TV shows and went into modelling. He appeared on Blind Date and Shooting Stars. However, he was involved in a car accident two years later. More recently he was on Big Brother’s Little Brother, Ultimate Big Brother and Reality Bites. Alex Sibley  appeared on Channel 4’s Jade: The Reality Star Who Changed Britain and spoke of his experience in the Big Brother house with her.

Where Is Alex Sibley From Big Brother Now?

What happened to Alex Sibley?

Big Brother premiered on Channel 4 on 24 May 2002 and lasted nine weeks (64 days) until the live finale on 26 July 2002. The third edition saw a ratings increase for the series, with over 8.6 million votes cast to determine the winner of the series.

Alex Sibley finished in third place in the series, winning 27 per cent of the vote.

After leaving the show, he was offered a number of telly deals – including his own Nickelodeon show.

Since he left the house, Alex Sibley has also been in an advert for Domestos and modelled at London Fashion Week. After the show ended Sibley went on to get a number of jobs as a presenter but he was abruptly ditched in 2004 after a car accident in which a 63-year-old father of three died

Recently opening up about the incident to The Sun, he said: “A major thing happened in my life. A guy ran into the side of my car and died from his injuries.

“I lost my kids TV programme. I had a live show on Nickelodeon, and I was about to do panto.”

“Because that all lost I then started f***ing hating Big Brother because it was my stepping stone into doing something else. I was making a lot of money. The first year I made nearly £250,000 which is insane. Every year after that I used to be a little bit excited watching it, but then it would bring back some bad memories.

Alex Sibley has always denied dangerous driving, and the case against him was dropped in 2006.

He added: “If you Google me it will say I was involved in an accident where someone died.

“It wasn’t my fault though, but it’s stuck.

“All I did was go to pick up my friend from the airport, and the police completely destroyed my career.”

Since the crash, Alex, who is married to a French ballerina and has four children under the age of six, has worked in affordable housing.

His attempts to secure a celebrity agent to revive his media career fell on deaf ears. He has expressed his wish to join the line-up of I’m A Celebrity… Get Me Out Of Here!, revealing that he has messaged the producers for the last ‘four or five years’.

Alex Sibley has also largely disappeared from the public eye. However, it is known that Alex Sibley, now 40-years-old, has a wife and four children.

Yes. Alex Sibley has a wife and four children, however, it looks as though he likes to keep himself and his family away from the limelight nowadays. Born in Hornchurch, Essex on March 21st, 1979. Forty-year-old Alex Sibley has a YouTube channel where he has featured videos of his family from 2019.

Is Alex Sibley on social media?

The reality TV star Tweets very often, usually on the subject of politics and is followed by Rylan Clark-Neal, Matt Lucas and more.

He said: “For the last four of five years I’ve been messaging the producers of I’m A Celebrity.

“I’m someone who was very famous that no one gives a f**k about anymore. That’s what people used to be on that programme, but they’re not anymore.

“Last year was the first year they never got back to me.

And he joked: “I rather fancy a bit of crocodile penis.”

Alex also believes it would help him lose weight after bulking to over 15 stone in lockdown.

Boobs: What Are the Different Types and What Do They Mean