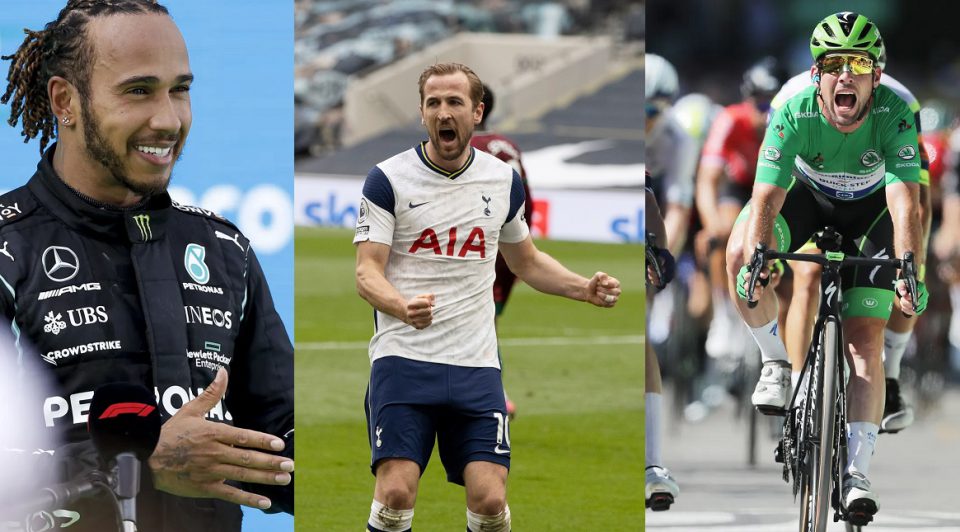 What a fantastic year of the sport we are being treated to. After such a horrible year affecting events across the globe last year, it’s pleasing to see competitions going ahead and fans making a comeback. With events like the Euros and Wimbledon underway as of the time of writing, any major wins in these competitions could dramatically improve an athlete’s chances of winning this award.

Held each December, there is still plenty of time for people to make their mark. All sports are considered and if you wish to make it more exciting you can have a wager on who you feel will be chosen as the winner at any casino online. The event is broadcast live on the BBC and is eagerly anticipated every year and usually has a great attendance of stars.

Captain of the England football team and currently star striker for his club Tottenham Hotspur, Kane has been notorious for banging in the goals for years. Speculation is rife as to whether he will leave his boyhood club Spurs as he feels the chances of winning trophies there are slim. But he is seen as a clean-cut, model professional to many.

With youngsters aspiring to be like him, he has always given off a fantastic image. Leading the charge to finally bring glory back to a country that has not tasted international footballing success since 1966, he has contributed with goals and assists. In these grim times, the public has got behind the team and could provide the final push that they need to get over the line. If they do win the Euros, Kane will be hailed as a national hero and rightly so.

A previous winner of the award, cyclist Mark Cavendish could well be in with a shout to win again this year. After suffering injuries and being plagued by illness in recent times, at 36 men felt his career was over. But he has made an amazing comeback, performing admirably in the Tour de France and is now closing in on the record of stages won. Currently held by Eddy Merckx, a legend in his own right, the British public may have another record holder to cheer on soon to add to what is looking like an unprecedented year of success on the sporting front.

It’s hard to believe that Marcus Rashford is still so young. He appears to have such a sensible head on his shoulders. While also a footballing star like Harry Kane, it appears that Rashford is being considered for reasons outside of the soccer world. Despite having a good season with his club Manchester United, he appears to have hit the headlines for his charitable work and making sure that children from poor backgrounds continued to be looked after

Due to Covid restrictions and all sorts of cutbacks hitting schools Rashford ensured that children on holidays or families with low income continued to receive meals. This brought widespread attention to the plight of many and brought even rivals of Rashford or Man Utd to praise his efforts as even though he is now a multi-millionaire, he did not forget his youth and how difficult it is for some families.

Another superstar who is having a mixed season at the moment but has plenty of time to turn it around is Lewis Hamilton. Serial championship winner in Formula 1, last season he finally drew level with Michael Schumacher in the all-time leaderboard with seven championships apiece. The British public was probably expecting another stroll to the title this year and preparing to crown one of their own as the greatest ever.

However, enter Dutch driver Max Verstappen, who has been improving rapidly over the last few years and at the time of writing was ahead of Hamilton in the current standings. Hamilton will have to dig deep to ensure his legacy is not tarnished, like chances to win the world title are running out due to his age. There is nothing more he would like than to pass Schumacher and achieving this to be out by himself could certainly see him being the most popular person in British sport.

Tyson Fury could just as easily change around with Anthony Joshua as the personality of the year depending on if they meet in the ring by the end of the year. They are two highly popular British fighters and the public are eagerly anticipating the clash between them that could unify all the belts. Rematches and mandatory fights have gotten in the way of interrupting a blockbuster fight that has divided the country depending on who your favourite is. Fury could secure his place as a boxing legend if he wins.

While Joshua is viewed as a solid model professional, Fury has had his demons and even retired from the sport for a while and vacated his belt while he got his life back on track. Stories of depression and drug abuse reminded the public that even highly paid and motivated stars are only human and can crack under pressure. His comeback and fights against Deontay Wilder in particular endeared him to the public. Another high profile wins and it could be hard to bet against him winning this award.

The sports personality of the year award is a highly popular event. The winner is chosen by the public who pick the sportsperson they feel to have made a big impact in their sport and been very successful that year. This can affect odds at an online casino and even people’s minds can be changed constantly by stars’ good performances. This year may be tougher than most as England seem to be performing well in many sports.

A lot will depend on the success of the England football team. Because they have not tasted success for so long, a win at the Euros will pretty much guarantee their place in the history books. It would be hard to argue with the current odds which have Harry Kane as favourite regardless. It would be difficult to surpass this achievement, regardless of what happens in other sports.

Examining Your Options When Trying to Improve Your Financial Situation

Why Is Sun of Egypt Hold and Win Such a Popular Slot?

The Highest T20 Scores in History