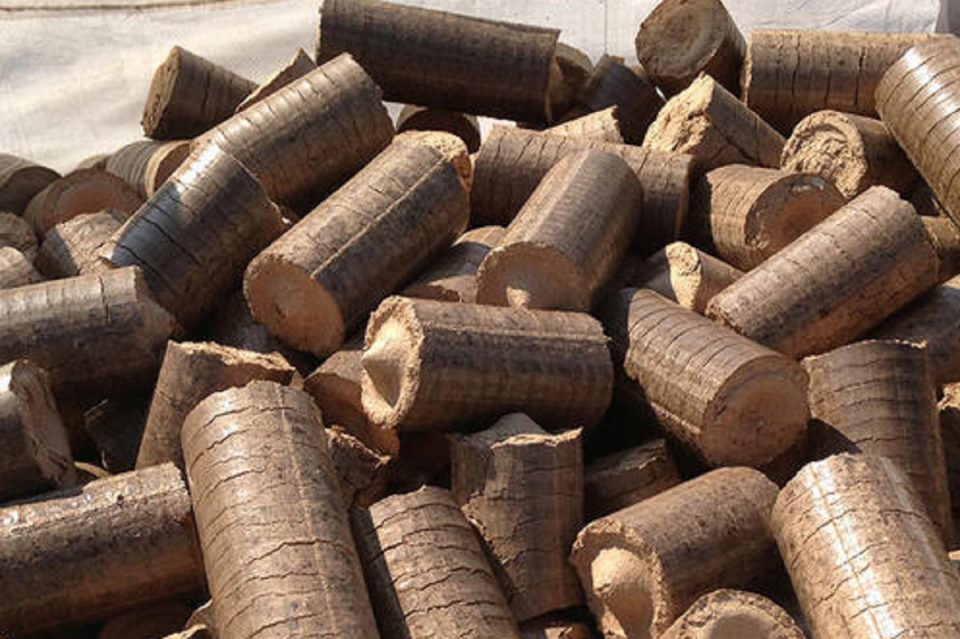 Every year more and more people all over Britain are switching from traditional firewood and coal to modern wood briquettes.

Briquettes are advertised by wood fuel suppliers as a modern wood heating solution that is less expensive and energy-dense than traditional firewood, all the while creating orders of magnitude less pollution than coal.

But is this actually true? And what exactly are wood briquettes in the first place? Can they be burned in a regular wood-burning appliance, or do you need to buy a different burner to use them? Do they end up being more expensive than using firewood or coal? And how do you know what type of briquette is right for you?

In this article, we will answer all of these questions. And many more.

Wood Briquette Basics: What Is a Briquette?

According to the Lekto Woodfuels’ Ultimate Guide to Briquettes, the term wood briquettes can refer to any type of wood fuel made from dried and compressed combustible wood biomass.

Briquettes usually start their life off as sawmill byproducts, most typically wood chips, bark, or sawdust.

This raw material is then placed in a special briquetting machine, compressed, and dried to an ultra-low moisture level.

The main advantages of briquettes that you most often hear people talk about are their eco-friendliness, high energy density, and long burn times.

Briquettes are considered to be much more eco-friendly than both coal and traditional firewood. As most people know, burning coal releases a slew of toxins into your home and a large amount of carbon dioxide into the atmosphere. And while firewood generally burns a lot cleaner than coal, its creation necessitates the cutting down of trees, whereas briquettes are usually made from discarded materials that would otherwise end up in a landfill.

Being compacted to extra high density, quality wood briquettes will typically contain around three to four times more energy than the same amount of seasoned firewood. This is very important for people who don’t have access to a large indoor or outdoor woodstore. For this reason, wood briquettes are very popular with people living in towns and cities. And while it is true that coal can contain more energy per the same unit of volume, the negative environmental impact of coal negates all of these benefits.

Firewood can only burn for a maximum of two to three hours at most, which is the sole reason thousands of people in the UK still need to resort to burning harmful coal. In comparison, such solutions as Night Briquettes can last almost as long as coal without any negative impact on the environment or your health.

What Different Types of Briquettes Are Available on the Market?

Sawdust briquettes have been invented in the late nineteenth century and haven’t changed much since then. They’re inexpensive and get the job done, which makes them a popular workhorse solution for winter heating. If you are searching for a low-cost way to enter the world of briquettes, this is your best choice.

Pini Kay logs are a modern wood fuel that boasts more convenience, a higher heat output, and a longer burn time than regular sawdust briquettes. Their sole downside is that they are more expensive for manufacturers to produce and, consequently, for end-users to buy.

Heat logs are the hottest-burning type of wood fuel available on the market today. They burn quickly and are very energy-dense, which makes them perfect for warming up a cold room quickly. Because of this, they are best used as a supplementary wood fuel, rather than your main heating fuel.

Lastly, Night Briquettes are a brand name used by market leader Lekto Woodfuels to sell briquettes made from a proprietary blend of wood bark. The properties of this material allow the briquettes to burn for as long as 8 hours. Currently, Lekto is the only supplier that sells this type of briquette.

Can Briquettes Be Used in My Stove?

Most likely. Wood briquettes can be used in virtually all wood-burning stoves and log burners, as well as all multi-fuel stoves. However, it is best to exercise caution the first time you try burning briquettes, especially if have an older stove.

Can Briquettes Be Burned in Smoke-Free Areas?

It depends on your wood stove. If you use a Defra-approved appliance, briquettes can indeed be used for heating in smoke-free zones.

Are Briquettes More Expensive than Firewood?

Yes and no. It depends on how you look at it. A ton of briquettes does, indeed, typically cost more than a ton of kiln-dried firewood. However, briquettes are also a lot more energy-dense than firewood. In the end, heating a home with briquettes for an entire winter will be cheaper than using firewood.

How to Light Wood Briquettes?

Lighting wood briquettes is no different to lighting regular firewood. You first have to open the air intake of your wood-burning appliance to the most open position. After that, light some wood kindling using a firelighter or a piece of newspaper. After the kindling is alight, you can place a briquette on top of it. Once the briquette is alight, adjust your air controls to your desired levels.

The Best Way to Redirect Your Mail Online

The Horses Showing Form Ahead of Cheltenham 2022