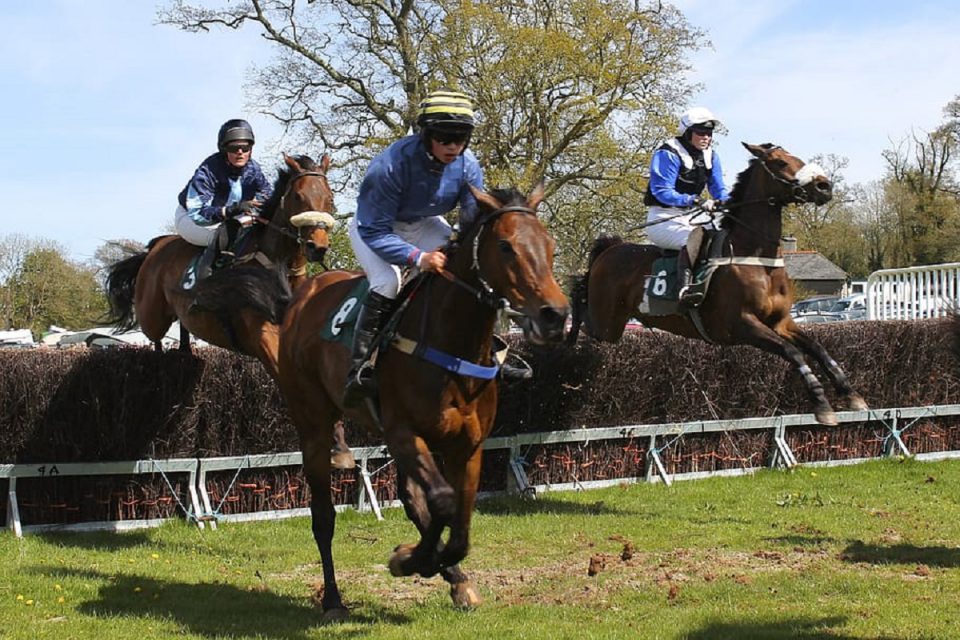 It is that time of year again as Cheltenham Festival rounds the bend, its runners charging down the final stretch as they look to tumble their odds, to be tipped as pre-race betting favourites and horses to follow closely. While the form leading up to Cheltenham can sometimes flatter to deceive, the best winter jumpers should never be discounted from seeing their form through to mid-March. So, just who are the horses that online betting tipsters and columnists are keeping an extra close eye on in the run-up to this, the most famous jumps meet in all of racing? Read on to find out.

Journey With Me is a young novice looking to make his mark at the coveted Albert Bartlett Novices’ Hurdle, but it remains to be seen if he has the experience to stay the course

Journey With Me – Leopardstown to Albert Bartlett Novices’ Hurdle Contender

This Henry De Bromhead trained horse was up against some stiff competition in his hurdling debut at Leopardstown in December, tipped by many to fall short against the odds-on favourite Kilcruit.

However, he shocked everyone while under the expert guidance of Rachael Blackmore and has now had his odds reined in to as low as 9/1 for the Albert Bartlett Novices’ Hurdle. Taking place on the fourth and final day at Cheltenham, Journey with me could be just the horse to give betting punters the boost they need on the last day of the festival. Certainly, De Bromhead and Co. will be hoping that’s what fate has in store.

Galvin – Already Proven Conqueror of A Plus Tard

A Plus Tard finished second at the 2021 edition of the Gold Cup, showing that the horse has what it takes to produce Gold Cup winning form, especially considering that he outran the legendary Al Boum Photo on his way to his place on the podium.

He is well fancied to go one better in 2022, but a proverbial cat was thrown among the pigeons at the recent Savills Chase, as the 7/1 favourite called Galvin made a late charge to leave his revered rival trailing. That burst of speed has seen the bookies slash his odds for the Gold Cup, trimming them all the way down to 11/2 with some providers.

Which of these horses do you think will tear away to victory in some of the most anticipated races on the calendar?

Champ – The Champ is Here!

This 9-year-old outgunned a daunting field at Ascot’s recent Long Walk Hurdle, to pass the winner’s post ahead, having led from the front for most of the race.

That sort of staying power is a rare commodity and one that has had bookmakers scrambling to reel in the prices they had posted for Cheltenham Festival’s hotly contested Stayers’ Hurdle.

Having seen off the challenges of peers like Thyme Hill, Paisley Park, Ronald Pump and Thomas Darby, Champ and his trainer Jonjo O’Neill will be confident of notching a Cheltenham triumph for the ages. He is currently hovering at odds of somewhere around 9/2. It seems unlikely that many better prices will be forthcoming in the weeks leading up to the festival.

Jonbon – Living on More Than Just a Prayer

It’s unclear what this thoroughbred thought when it was named after a faded rock star, but whatever negative opinions it may harbour are certainly not holding it back in notching up big race wins.

One of Jonbon’s best came at Ascot in December, where the 5-year-old brought home the bacon for trainer Nicky Henderson. He will now start as one of the top favourites for the Supreme Novices’ Hurdle, alongside the likes of Constitution Hill and Sir Gerhard.

There can be no doubt that all four of the horses mentioned here are serious contenders for their respective Cheltenham races, but lots can still happen before the starting guns begin to go off at Cheltenham Racecourse.

People who’ve plumped for tempting early ante-post odds will be hoping that their picks don’t pick up any injuries in the leadup to the biggest meet of the season.

All You Need to Know About Wood Briquettes

Tyson Fury: The Legend of the Gypsy King