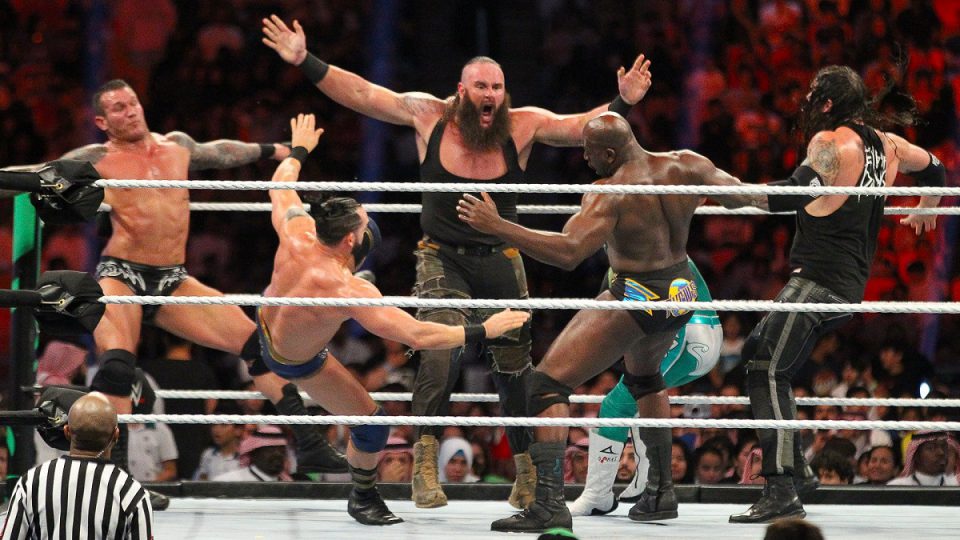 The Royal Rumble is currently in the top four most popular pay-to-view wrestling events in the world. And while it offers seriously good entertainment for viewers, it is also a key event for participants, as the Royal Rumble winner gets a free pass straight into Wrestlemania.

With so much at stake, Betway Casino gets an expert insight into how to win the Royal Rumble.

The Royal Rumble is, says its first-ever winner in 1988, Hacksaw Jim Duggan, anyone’s game. Staying power, creativity, speed, and strength are Duggan’s tactics in a ring that he has described as ‘the Wild West’.

Unlike a singles match, it is near impossible to control the pace of the Royal Rumble as there are no disqualifications, and it is even possible to bring chairs or other ‘weapons’ into the ring. So, both wrestlers and Royal Rumble viewers should expect the unexpected and enjoy the ride!

Hope for a later draw

The difference between the Royal Rumble and the classic Royal Battle is that participation of the 30 wrestlers in the Rumble is staggered. The order of wrestlers is random, with wrestler number one and number two kicking everything off. Then working to the final order, the remaining 28 wrestlers come on every 90-seconds or so.

During this time, all participants inside the ring are fighting to stay by eliminating the other opponents. While the Rumble can be anyone’s game, stats show that a later entry time means you are fresher and so have a better chance of outstaying everyone else. Out of the 35 men’s Royal Rumble wins to date, only 11 of the winners were selected to be in the first 15.

With so much fast-paced action going on, and multiple opponents to deal with, with the Royal Rumble it can be quick – and easy – to fall foul of a blind spot. Watch any Royal Rumble on pay-per-view, says Duggan, and you’ll notice that the ring corners are popular spaces. Using the corners as a safe space can boost your longevity inside the ring and increase your chances of winning. Duggan also advises limiting wrestling time with other competitors – ‘the less time you are in contact with people, the longer you will stay in the ring’, his the Hackshaw’s expert insight.

With such an unpredictable match, the Royal Rumble needs to be approached with a confident strategy from the get-go. For Duggan, that meant being quick, strong, and aggressive as soon as he entered the ring.

All Royal Rumble competitors do what they need to do to survive as long as possible, so a creative fighting spirit can be key to getting to the end. That, says Duggan, who admits that very few people would have backed him to win the 1988 contest, means going into the ring determined never to surrender. In his own words, ‘never give up, go in there, stand up and be counted’.

And these are the words of one of the Royal Rumbles most famous and enduring champions.

Why Owning a Dash Cam is Becoming Increasingly Important?