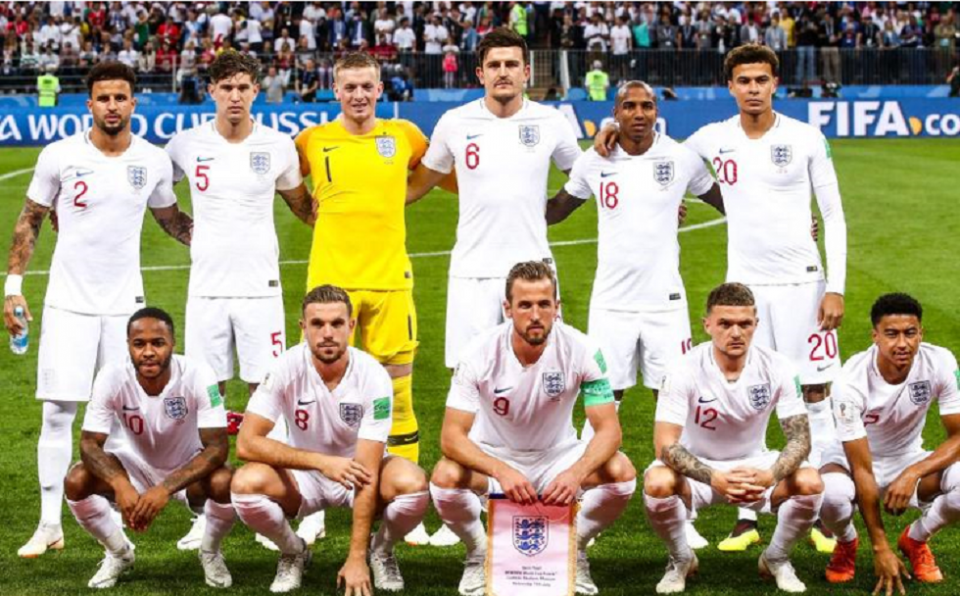 "England National Team" by Getty Images is licensed under CC BY 3.0

The delayed European Championships 2020 (Euro 2020) kick off on June 11 in what should be a fantastic spectacle for football fans. The 18 countries who have qualified for the competition are in the process of announcing their 26-man squads, squads they hope will bring home the coveted Henri Delaunay Trophy.

While the managers finalise their squads, online gambling giant Bodog has published the latest odds on who it thinks will win Euro 2020. England is the current favourites, with France, Belgium, Spain, and Italy making up the rest of the top five. Can England triumph and win their first major trophy since the 1966 FIFA World Cup?

Pundits worldwide believe Euro 2020 is England’s best chance of securing a major trophy for the first time in 55 years. Gareth Southgate has a wealth of talent to choose from, especially in attacking positions. The front three of Harry Kane, Marcus Rashford, and Phil Foden or Raheem Sterling are up there with the best in world football.

England should have few, if any worries, about progressing from Group D. Croatia, Czech Republic, nor Scotland pose any real threat to the Three Lions. It is after the group stages, where the better teams lurk, where England traditionally struggles.

Going forward should not be an issue, but keeping the opposition at bay is a concern for Southgate. Every defender named in the 33-man provisional squad has a mistake in them. Sure, England has only conceded one goal in their last four games, but those matches were against Iceland, San Marino, Albania, and Poland.

This is England’s best chance, we just need to see if they can seize the opportunity.

France is the second-favourites to win Euro 2020, but only because bookies are covering their backs due to France being in the most challenging group. France won this competition in 1984 and again in 2000 but have a difficult start to this campaign.

Group G pits France against Germany, Hungary, and Portugal; the Germans and Portuguese are capable of causing any teams trouble on their day.

Should France progress to the knockout stages, which they should, they will be a force to be reckoned with. Didier Deschamps’ squad is brimming with experience, plus any team with Kylian Mbappe in it has a chance in any game. Deschamps has given Karim Benzema a place in the squad, ending a 5.5-year absence. The 33-year-old Real Madrid frontman bagged 30 goals last season. Firepower is one thing the French do not lack.

The Belgian squad looks incredibly strong, at least at first glance. It boasts the likes of Kevin De Bruyne, Eden Hazard, and Romelu Lukaku for a start. However, the squad is ageing and has never seriously looked like winning a trophy despite the same group of players playing with each other for several years.

Belgium is the perfect example of a group of individuals who do not seem to gel properly as a team.

Roberto Martinez will hope Hazard can return to his brilliant best. Hazard has endured a dreadful time at Real Madrid since his move from Chelsea, managing only 21 appearances all season. At least Martinez can rely on Lukaku to score goals. The giant striker scores 37 goals in 51 games last season as he helped guide Inter Milan to the Serie A title.

There used to be a time when the prospect of facing Spain struck fear into players’ hearts. Now is not that time. The current Spanish squad is a shadow of the one that swept aside all who dared stand before it.

Luis Enrique decided to select only 24 players despite being allowed 24. He claims it is because he wanted everyone to have a chance of playing. In reality, it is probably because he could not find 26 players that could mount a serious challenge for the Euro 2020 title.

Spain faces a couple of banana skin teams in Group E in Poland and Sweden. They should get out of their group but do not be massively surprised if they are on the first plane home.

Italy looks a much better side with Roberto Mancini in charge than the one that failed to qualify for the 2018 World Cup. That said, they still lack the quality throughout the squad that we have come to expect from the Italians.

Their favoured centre-back pairing of Leonardo Bonucci and Giorgio Chiellini have a combined age of 70-years. There is a distinct lack of creativity from the midfielders, while only Ciro Immobile and Andrea Belotti have reached scored double figures worth of goals and have done so at a rate of one in three games.

The Italians will be tough to beat, but they are very beatable.