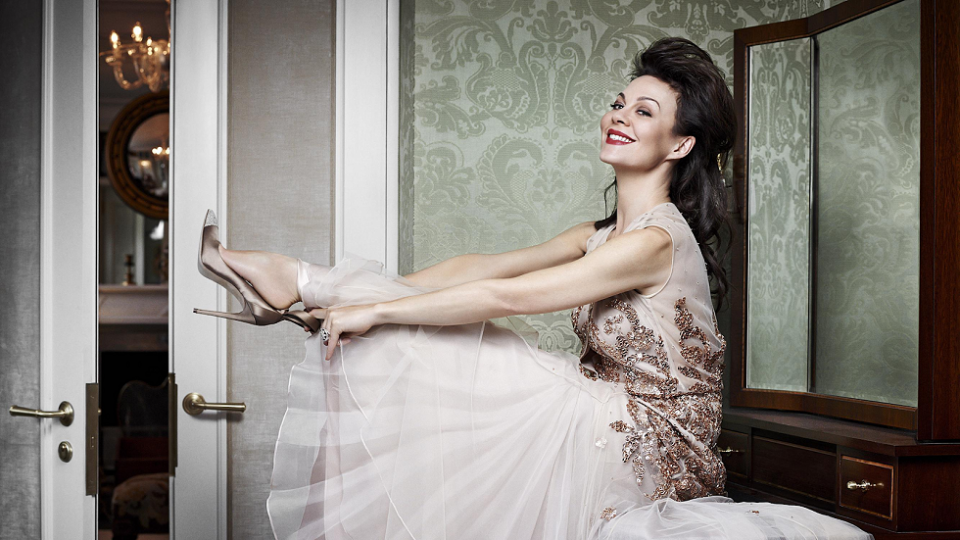 Helen McCrory is a famous British actress who has also been honoured with the Order of the British Empire (OBE). She has played some very famous roles such as Cherie Blair in The Queen (2006) and The Special Relationship (2010). Helen McCrory also played the role of Françoise in the film Charlotte Gray (2001). But she is definitely most famous for her role of Narcissa Malfoy in three Harry Potter movies. Aside from being a part of the global blockbuster franchise, Helen McCrory also played the role of Mama Jeanne in Martin Scorsese’s family film Hugo (2011). She has also made an appearance in a Bond film, playing the role of Clair Dowar Skyfall (2012). The prolific Helen McCrory also appeared as Polly Gray in Peaky Blinders (2013–present), Emma Banville in Fearless (2017) and Kathryn Villiers in MotherFatherSon (2019). She also played the role of Madame Kali/Evelyn Poole in Showtime’s supernatural drama, Penny Dreadful. Let’s find out more about this incredible actress.

Helen McCrory: All You Need to Know

When was Helen McCrory born?

Helen McCrory was born on August 17th, 1968 in Paddington in England, UK. She was born to  Welsh mother Ann Morgans and Scottish father Iain McCrory. The couple married in 1974 and had three children, with Helen McCrory being the eldest.

Where did Helen McCrory study?

Helen McCrory studied at Queenswood School near Hatfield, Hertfordshire. After that, she took a gap year and lived in Italy. Once she came back to Britain, she started her acting course at London’s Drama Centre.

Helen McCrory was awarded the Third Prize at the Ian Charleson Awards for her 1993 performance as Rose Trelawny in Trelawny of the ‘Wells’ at the National Theatre. In 2002 she was nominated for a London Evening Standard Theatre Award for Best Actress (for playing Elena in Chekhov’s Uncle Vanya at the Donmar Warehouse).[citation needed] She was later nominated for a 2006 Laurence Olivier Theatre Award for her role as Rosalind in As You Like It in London’s West End. In April 2008, she made a “compelling” Rebecca West in a production of Ibsen’s Rosmersholm at the Almeida Theatre, London.

She appeared in Charles II: The Power and The Passion (2003), as Barbara Villiers, Countess of Castlemaine, and in supporting roles in such films as Interview with the Vampire (1994), Charlotte Gray (2001), The Count of Monte Cristo (2002), and Casanova (2005). In The Queen (2006) she played Cherie Blair, a role she reprised in Peter Morgan’s follow-up The Special Relationship (2010). She appeared in a modernised TV adaptation of Frankenstein as well.

Helena McCrory also played the principal villain role of Rosanna Calvierri in the episode “The Vampires of Venice” of the BBC television series Doctor Who.

Helen McCrory appeared in The Last of the Haussmans at the Royal National Theatre, which began 12 June 2012. The production was broadcast to cinemas around the world on 11th October 2012 through the National Theatre Live programme.

In 2014, McCrory played the title role in the National Theatre’s production of Medea, directed by Carrie Cracknell. Also in 2014, McCrory made a guest appearance on the TV series Penny Dreadful. She returned as a regular for the show’s second season, playing the main antagonist.

In August 2016, McCrory was confirmed to play Emma Banville in ITV drama series Fearless, which began airing in June 2017. Helen McCrory is an honorary patron of the London children’s charity Scene & Heard.

Who is Helen McCrory married to?

Helen McCrory married famous British actor Damian Lewis (famous for portraying Sgt. Brody in the hit series Homeland) on 4 July 2007. The couple has two children, daughter Manon and son Gulliver. They have a daughter, Manon (b. 8 September 2006), and a son, Gulliver (b. 2 November 2007).

Where does Helen McCrory stay?

Helen McCrory and Damian Lewis have homes in Tufnell Park, north London, and near Sudbury in Suffolk.

When did Helen McCrory receive her OBE?

Helen McCrory was appointed Officer of the Order of the British Empire (OBE) in the 2017 New Year Honours for services to drama.

What did Helen McCrory do during the COVID-19 crisis?

When the UK was struggling with the COVID-19 pandemic, Helen McCrory and Damian Lewis put their support behind Feed NHS, a program to give food from high street restaurants to NHS staff. The couple managed to raise £1m for the charity by early April of that year. After the incredible success of this plan in London, it was introduced in other parts of the UK as well.