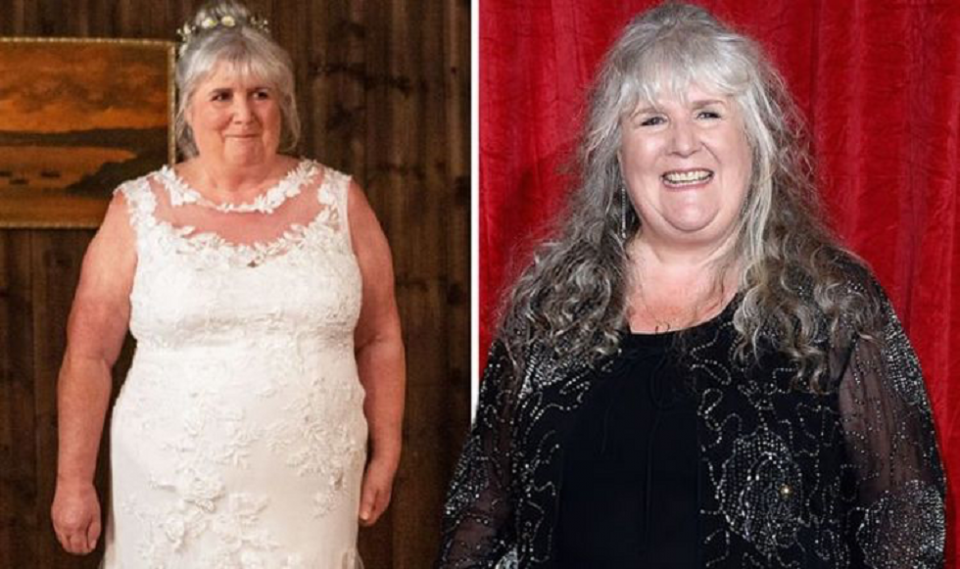 English actress Jane Cox was born on 13 May 1952. She is most famous for her role as Lisa Dingle in the ITV soap opera Emmerdale, a role she portrayed from 1996 to 2019. In 2011, she was nominated for the British Soap Award for Best Actress for her acting in the soap.

Who is Jane Cox?

Jane Cox (born 13th May 1952) is an English actress well known for her part in ITV’s Emmerdale as Lisa Dingle, who she played from August 1996 until the character’s death in May 2019. Before landing a role in Emmerdale, Jane used to work as a drama school teacher.

Jane lived in the former mill town of Hebden Bridge in West Yorkshire and trained at Rose Bruford College. She had also starred in episodes of Coronation Street, Hetty Wainthrop Investigates and The Bill. Her most notable pre-Emmerdale role was as the leading female in the children’s entertainment series Allsorts, which aired at 12:10 when ITV used to broadcast children’s programmes such as Rosie & Jim, Rod, Jane and Freddy and Rainbow between 1990 and 1992.

When Carlton Television replaced Thames Television in 1991, it announced in 1992 that all of these shows – and thus the lunchtime strand of pre-school programmes – would be axed, to make way for an extended version of This Morning. By 1993, when Carlton first aired in London, they were gone. She also spent two years with the Royal Shakespeare Company.

In 1996, Jane Cox made her first appearance in British soap Emmerdale as fictional character Lisa Dingle.

How old is Jane Cox?

Why did Jane Cox leave Emmerdale?

Emmerdale star Jane Cox announced in March 2019 that she’ll be leaving the ITV soap after 23-years.

In the bittersweet episode, Zak (Steve Halliwell) later arrived home to find his bride on the sofa after she passed away in her sleep.

After watching the scenes back, actress Jane was in tears when she appeared on the This Morning sofa alongside hosts Eamonn Holmes and Ruth Langsford.

Last year Jane revealed why she decided to bow out of Emmerdale for good, admitting that the gruelling schedule just became too much for her.

Speaking to the Daily Mirror, she said: “It is long, long days and then you don’t have time in the evening because you have lines to learn for the next day.

“I decided that this is going to be my time to do things I didn’t have time to do. I still feel about 20-odd, but in 20 years I will be 87, and there are other things in life that I want to explore.”

Admitting she’s become too comfortable in her role, the star added: “I know if I hadn’t have left now I never would. Life is such an exciting thing, you never know what is around the corner. It was a big decision but I know it is the right thing.”

In addition to her illness, a family tragedy prompted Jane to make the decision to leave.

She added: “My mum died a couple of years ago, so it does make you think a lot about the big things in life…As you get older life feels shorter – although of course I am going to live to 150!”

Emmerdale fans were devastated earlier this year when Lisa revealed she was dying of a terminal heart condition. In the emotional scenes poignantly aired on International Women’s Day, Lisa visited her niece Charity Dingle in Scotland to confide in her.

Confessing she’s set for an emotional few weeks as her last scenes air, Jane added: “It is just starting to sink in now.

“I will miss my Dingle family but we are friends for life.”

Jane Cox has portrayed the role of Lisa from 1996 to 2019 concluding that she was on the ITV soap for 23 years.

When was Lisa Dingle’s last episode?

Lisa passed away in her sleep on May 24th 2019, following a battle with a terminal heart condition. She made her final physical appearance on that very day, but made a voiceover appearance on 6 June 2019 in a farewell to her character.

What did Lisa Dingle die of?

Lisa recently returned to the village after a year away, where she revealed to her family she was dying after being diagnosed with the rare heart condition amyloidosis.

According to the NHS, amyloidosis is the build-up of abnormal proteins in the body. “Deposits of amyloid in the heart can cause the muscles to become stiffer, making it more difficult to pump blood around the body.”

The double bill of the soap saw Lisa and Zak tie the knot in front of their closest friends and family.

Following celebrations in the Woolpack, an exhausted Lisa went home to Wishing Well Cottage where she passed away.

When Zak later found his bride on the sofa, he told Monty the dog: “She kept the family together when it was falling apart at the seams.”

“I’m the richest man alive, I’ve got everything I could ever need and it’s right there.”

Zak paused and then said: “I want every minute to be special for you, but you’ll know I’m doing my best for you, because I love you. I’ll tell you every day. I love you Lisa.”

2010 Emmerdale: The Dingles – For Richer for Poorer (Video)

1997 Emmerdale: The Dingles Down Under (Video)