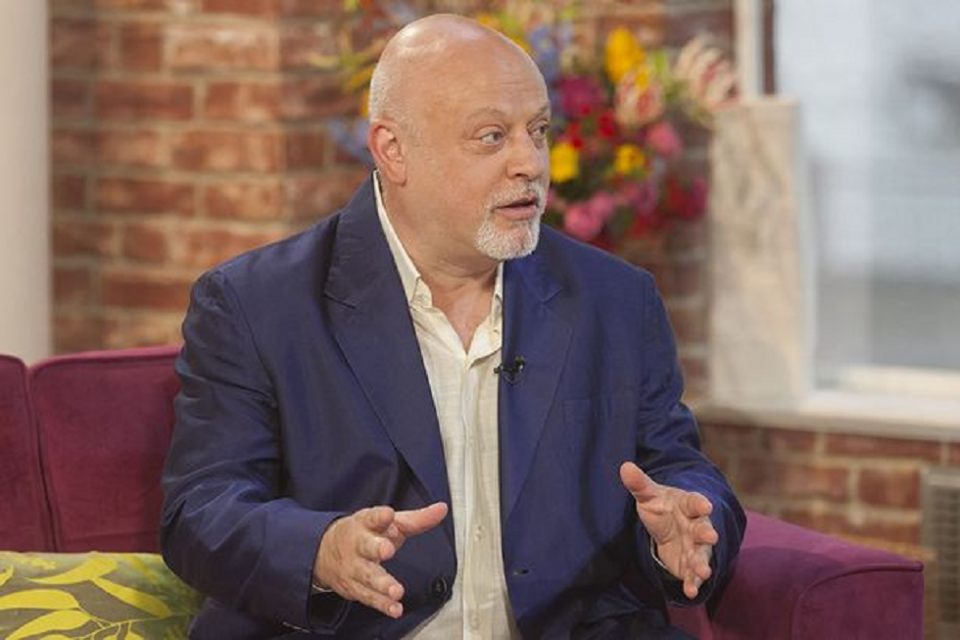 Jonathan Cainer was one of the most famous astrologers to come out of Great Britain. He was a regular astrology columnist for the Daily Mail. His astrological predictions appeared six times a week in the Daily Mail. His forecasts also appeared in three Australian newspapers: the Sydney Daily Telegraph, the Melbourne Herald Sun, and the Perth Sunday Times. Jonathan Cainer’s predictions were quite popular and they were also published in magazines like Hello, the Auckland Sunday News, the Botswana Echo, and Misty Magazine (Japan). Over the course of his life, over 12 million people went through his predictions. Let’s find out more about this famous astrologer.

Jonathan Cainer: All You Need to Know

When was Jonathan Cainer born?

Jonathan Cainer was born on December 18th, 1957 to a Jewish family and grew up in Surbiton (then in Surrey). His mother’s name was Ruth and she worked as a medical secretary and a spiritual leader (spirituality was clearly in his genes). His father David Cainer worked for Barclays Bank. Jonathan Cainer was one of the couple’s six children.

Where did Jonathan Cainer study?

When Jonathan Cainer was 13, he followed his mother to Leeds where he attended Allerton Grange School which he left at 15 without qualifications. After dropping out of school, he worked as a petrol pump attendant, school nursery assistant and factory worker. He also played bass guitar in a band called Strange Cloud, attended rock festivals and helped to relaunch the 1960s underground newspaper International Times. He then managed a nightclub on the outskirts of Los Angeles.

How did Jonathan Cainer develop an interest in astrology?

He was working as a session musician when an acquaintance read his birth chart to him. Amazed by how accurately it summed him up, Cainer went on to study with the Faculty of Astrological Studies. In the beginning, Jonathan Cainer was only interested in drawing up complete horoscopes of people and didn’t just want to write daily predictions. Indeed, when first approached, back in 1984 to write a sun sign forecast column, he turned down the offer, opting instead to write books designed to help students learn the language of planetary symbolism. Cainer also co-designed one of the first astrological computer programs. In 1985 he wrote Jonathan Cainer’s Love Signs, and a cookbook, The Junk Food Vegetarian.

In 1986, when Eddie Shah launched Today, Cainer was approached once more to write a daily Sun sign column. Assured that he would also have the chance to introduce his readers to the deeper side of his subject, Cainer took the post, and his column proved a great success. He left Today in January 1992 and joined the Daily Mail in December of the same year. His Times obituary said that he was “arguably the only hippy ever to write a leading column for the Daily Mail”. Cainer disliked the editorial stances of the Daily Mail, he “never once agreed with an editorial they have published”. Cainer was a philanthropist who supported the Steiner School in York, a school based on the spiritual and philosophical principles of Rudolf Steiner. In January 2000, he moved from the Daily Mail to the Daily Express. The change was the subject of a contract dispute with the Mail, leading to the newspaper group’s unsuccessful legal action that year. It was believed by their executives that Cainer’s switch might lead to a loss of 4% of the Mail’s circulation to the Express. After Richard Desmond became the proprietor of the Express titles, Cainer joined the Daily Mirror in March 2001. Promised a high-profile position on page 9 by Mirror editor Piers Morgan, Cainer’s column was soon shifted to a more remote location in the paper. He returned to the Daily Mail in June 2004.Cainer’s book, Cosmic Ordering, was published in 2006. He made frequent appearances as a pundit on British TV and radio stations, whenever astrology was in the news. At the Mail, he was the highest paid journalist in Great Britain.

How many children did Jonathan Cainer have?

Jonathan Cainer had six children. His first wife tragically passed away in a car accident in the 90s and he went on to raise his children by himself. He did go on to marry again.

Did Jonathan Cainer die because of Cocaine?

Jonathan Cainer was found dead by his wife Sue on May 2nd, 2016. He was initially suspected to have died of a heart attack. However, it was later discovered that Jonathan Cainer had taken some cocaine shortly before his death and its cardiotoxic effects might have contributed to his death.

What happened to Jonathan Cainer’s column after his death?

After the sudden and untimely demise of Jonathan Cainer, his nephew Oscar Cainer, continued writing for his newspaper column and the astrology website. Jonathan Cainer had trained his nephew to take his place for some time and he was a natural successor.

“Why do we love the idea that people might be secretly working together to control and organise the world? Because we don’t like to face the fact that our world runs on a combination of chaos, incompetence and confusion.”

“The bad mood fairy comes to annoy you only when you are actually in a good position, but don’t yet realise it!”

“Our brains are not capable of comprehending the infinite so, instead, we ignore it and eat cheese on toast.”

“In my column I’d said ‘If you’ve got something that’s big in your life go ahead and do it today’. And they did it. They killed themselves.”

“I was in California; astrology was everywhere. I was broke but I reached into my pocket and found a $50 bill I’d forgotten about. I came back to England and let social security take care of me.”

What was Jonathan Cainer’s net worth?

While the exact estimate of Jonathan Cainer’s net worth isn’t known but he definitely had a successful career. His Website alone is valued at £50m. His nephew, Oscar, also an astrologer, has said that he intends to carry on in his uncle’s tradition. Jonathan Cainer is survived by his second wife Sue and his six children.

CouchTuner: The Very Best Alternatives to The Popular Movie and TV Streaming Site

7 Cynthia Conte Facts For Any Journalist Who’s Into Boxing