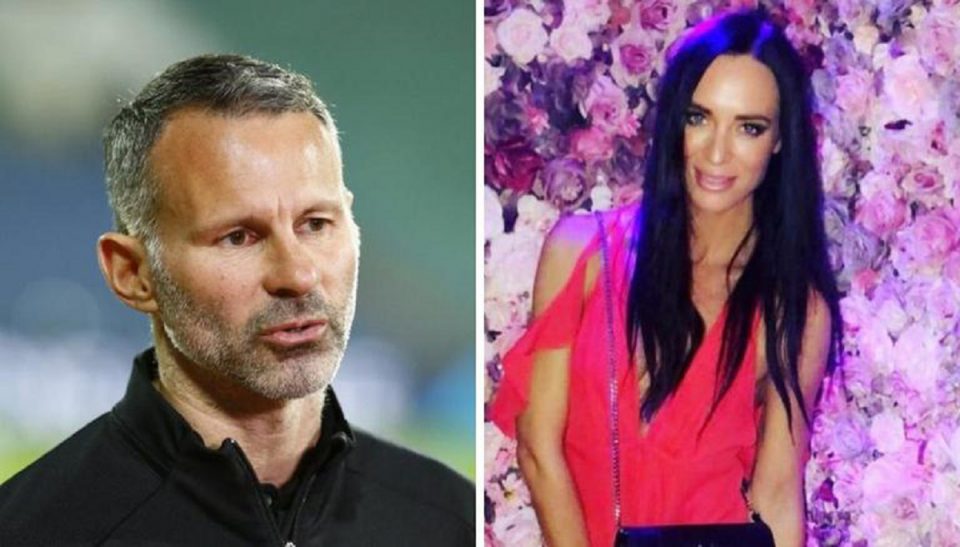 Hailing from Cardiff, Wales, Ryan Giggs is sportingly famous as a former Welsh footballer and coach who played as a midfielder. He played his entire career in Manchester United of the English Premier League. He is currently without a club, after being fired from the Wales national team. But he’s been in the headlines for his vibrant relationship with ex Kate Greville as well. Just a few months back, he was being blamed for assault and he also ‘threatened to email his ex Kate Greville’s boss with details of their sex life’, according to the ScottishSun.

Kate Greville: Destined To Meet Ryan? Were They A Match Made in Heaven?

Prior to meeting Kate Greville, Ryan Giggs was having several affairs:

In 2011 Ryan Giggs’ first extramarital affair was revealed: the coach hid an eight-year affair with his brother Rhodri’s wife Natasha. Throughout his career he was long known as a ‘family man’, but after 2011 that image came to tarnish after affairs with his sister-in-law.

In 2012 history wrote itself again as Ryan and the infamous Imogen Thomas affair became public. The coach even gave up his anonymity and was identified as the footballer who had obtained a gagging order to prevent public release. In May 2011, the British press revealed Ryan Giggs’ extramarital affairs with an English model and former reality TV candidate, Imogen Thomas. The following month, his brother’s wife accuses the Mancunian footballer of being her lover for eight years. These two cases tarnish Ryan Giggs’ image in the UK.

They met working together and PR executive Kate Greville seemed to hit it off with Ryan at first. The pair crossed paths as the PR agent helped Ryan with the launch of his Hotel Football venture. Giggs is also co-owner of England’s Salford City FC, which plays in the National League North.

Kate Greville comes into the public picture in 2015:

Kate Greville who was then in her 30s first came to the public’s attention in 2015 (3 years after they met) as Ryan Giggs’ marriage to Stacey was breaking down. This was documented by The Sun which revealed that Ryan had been buying Kate expensive handbags, flirting with her and sending flowers to her office following a PR success.

Kate was married at the time and her ex-husband Damian Burke would always get mad at Giggs for being “the third person in our marriage”. Kate and her husband were wed in 2011 in a glitzy £40,000 ceremony in Ibiza, but Damian would suffer within just 2 years when Kate began working closely with Giggs in 2013. He grew suspicious, telling friends: “Kate is a fame-hungry wannabe wag. She was never going to stop until she bagged a footballer.”

Kate Greville dumped her husband via text message and by 2017 they got divorced. Giggs and Kate were photographed on holiday together as a couple in August 2018.

So was Kate Greville fame hungry or drama hungry?

There’s nothing that feeds fame like drama and a PR executive knows that best. Kate Greville’s life following her divorce from ex-husband Damian Burke was filled with immense drama.

In 2021, Ryan was indicted on charges of allegedly assaulting two women. He was subsequently suspended as national coach by the Welsh Football Association. When the scandal broke that Kate could be involved with Ryan, she relocated to Abu Dhabi to escape the scandal and found work there.

The Sun exclusively reported that Ryan Giggs was arrested then released on bail in November 2020. This was due to reports of a “disturbance”, with a Greater Manchester Police spokesman saying: “Police were called at 10.05pm on Sunday to reports of a disturbance.

“A woman in her 30s (suspected to be Kate) sustained minor injuries but did not require any treatment.”

Are Kate Greville and Ryan Giggs still together?

Nowadays, their scandal continues as the 47-year-old coach blocked Kate Greville’s phone number when she questioned him about his relationships.

He has also denied assaulting Kate, at his £1.7million mansion in November 2020 and controlling her for over three years. He pleaded not guilty to not only the assault of Kate but also to the assault of her younger sister Emma.

We think they have broken up but Kate Greville will need to open up about this as the duo keep breaking up and getting back together. The drama was always their destiny/intention, that is for sure.

Who’s in with a Chance for Sports Personality of the Year?