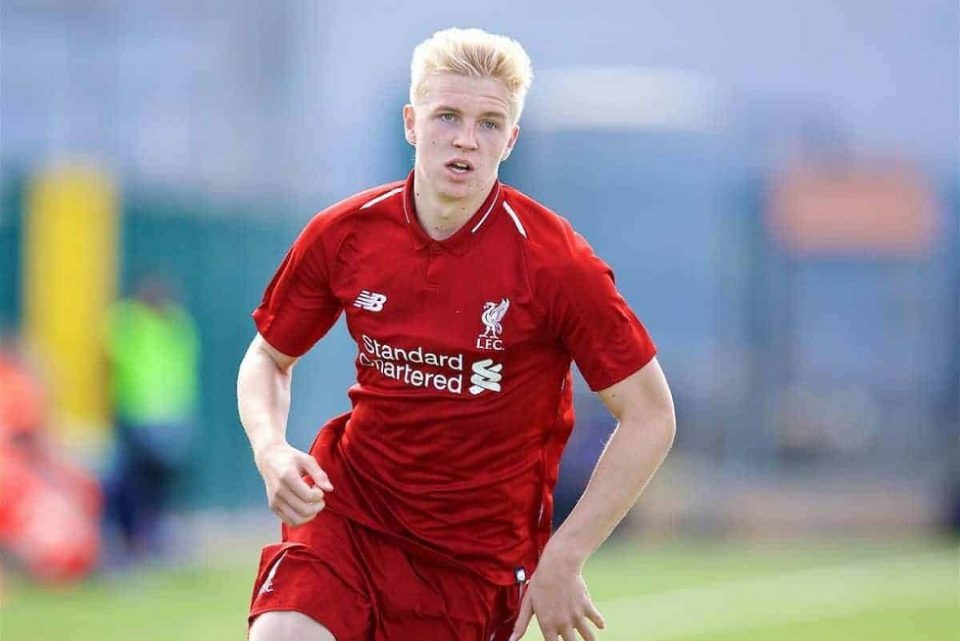 Luis Longstaff is a young and promising English footballer who plays in the midfield for Liverpool F.C. of the English Premier League. He trained with Newcastle United from the U9 level but moved to Liverpool in 2015. Many football experts called his departure “a great loss for Newcastle”. As a schoolboy, Luis Longstaff made his U18s debut in the 2016-17 season and came off the bench to score a memorable equaliser away to Manchester United.

An England U16 international, Luis is equally at home on the left or right flank, and can also play in central midfield. Luis Longstaff was also part of the victorious FA Youth Cup squad after the dramatic penalty shootout victory over Manchester City in the final. Let’s find out more about this exciting young footballer.

Luis Longstaff: All You Need to Know

What position does Luis Longstaff play?

Longstaff arrived in Kirkby from Newcastle United as a promising winger and has also played in central midfield in a 4-3-3 system.

But before the January arrival of Joe Hardy and with the U23s in need of a striker, Longstaff’s position was switched, culminating in him debuting for the seniors in the Carabao Cup quarter-final at Aston Villa.

“That was something I never really expected at the start of the season, to be honest, in that scenario, because it’s not something that happens a lot,” Longstaff said.

When did Luis Longstaff move to the U23 level?

Luis Longstaff moved to the U23s in 2019-20, playing for the first time at the senior level in Liverpool’s League Cup encounter against Aston Villa in December 2019. and netted his first goal at that level during the 4-2 win at Southampton on August 26. Here’s what he said about his game against Aston Villa: “We were basically an U23s team playing against Aston Villa’s first team in the quarter-final of the cup but it was a great experience and, despite the result, it was one of the highlights of the season. Even though we were away from home, the support we got from the Liverpool fans was unbelievable, and it felt like we were at Anfield a little bit. It was just a great experience all round despite the result. I had to learn the new position fast because I’d only played as a striker about five games before the Aston Villa game. The advice and support I got from the coaching staff to try to get me ready to play in that position was a great help and it really did help me in that game. Because even though it was a new position for me, I didn’t go out onto the pitch feeling lost or didn’t know what I was doing. I felt pretty comfortable and the coaching staff were a big part of that. I’m enjoying the new role. It suits my game because I’m not really an out-and-out No.9 and I’m a player that likes to drop in and out a little bit and help the team.”

How has Luis Longstaff progressed so rapidly in his game?

The 19-year-old’s development has been aided by invitations to train at Melwood with the first-team squad.

Whenever such a chance arises, Longstaff always tries to make the most of it – with Firmino a particular case to study.

“I look at Firmino and he is a player that I take a lot of inspiration from,” he added.

“He is not really an out-and-out, in-the-box, big, strong No.9 and neither am I, so he is a good role model to look up to and see how he plays.

“I have tried to model my game similar to how he plays. I’m not big and 6ft5 who is going to score lots of headed goals, so you’ve got to try to find different ways to do it, and I think Firmino is a good example of how he does that.

“I’ve had a couple of times training with him and when you get that chance to go up there, you’ve just got to watch the people that play in your position.

“You can’t be starstruck by them and you just have to see them as a teammate and learn as much as you can from them.

“You can also learn a lot from what the manager and his coaching staff say. You have to listen to it as though they are saying it to you and take that back down to when you are going to play in the team.”

What is Luis Longstaff doing during the coronavirus crisis?

The club has helped its players with FaceTime calls and kept in constant constant touch with them. It makes Luis Longstaff still feel a real part of the team even though he is away from them, which is good. He is just working hard and following the training schedule that has been set for him.

What does Luis Longstaff reminisce about his team’s 7-0 win?

When asked about the spectacular 7-0 win in the U23 UEFA Cup against Napoli, this is what Luis Longstaff said: “That is probably the strangest game you could play in because going into it we had already played them away and that was one of the toughest games, away from home with the atmosphere and the pitch. Going into it we thought it would be a tough game but we absolutely battered them. Once the first couple of goals went in, it was like, ‘How many goals can we get?’ It was one of the most enjoyable games I have played in because you felt so free on the pitch. For us, that is probably one of the best Liverpool performances a lot of us have been involved in. To win 7-0 looks like they didn’t play at their best but we were just really good that day.”

What is Luis Longstaff’s opinion on playing with Curtis Jones?

This is what Luis Longstaff said: “This season he has just gone up another level and you can see that when he comes down from Melwood to play for the U23s. Another thing that is good is when he comes down, even though he is at Melwood every week and now part of the first-team squad, you don’t see anything different. Curtis is not big-headed, he doesn’t do anything different and he is the same kid that was at U16 level. Because he is in that first-team environment every day, you can also see the intensity and quality he has been training at. Curtis puts that into our training and we try to replicate that.”

How was Luis Longstaff’s transition from U18 to U23?

Here’s what Luis Longstaff said: “It’s a massive step up. It’s the realisation as well that the next step is the first team. When you are playing for the U18s it still seems quite far off but at U23s it sort of hits home a little bit that is the next step. The U23s is the hardest level for you to get game time as well because you don’t know what your team is going to be from one week to the next. That was a little bit tough at the start of the season, getting used to that, but when you learn how to cope with the fact you won’t be playing every week, no matter what, you still have to put 100 percent effort in at all times, which is the main thing. For my first season with the U23s I’ve really enjoyed it. I’ve enjoyed every minute I’ve been in the Academy training and playing games.”

Here’s what Lusi Longstaff said about this prevalent misconception: “The amount of times I’ve been asked this question since they started playing for Newcastle is unbelievable! Just so I don’t have to hear it anymore, they are absolutely no relation! I do know them well but no, no relation at all. It’s the biggest coincidence that there are three people with the same surname with Newcastle connections. It’s just like people assuming Rhys and Neco Williams are related, isn’t it?”

How was Luis Longstaff’s experience with Steven Gerrard?

According to Luis Longstaff, playing under the legendary Liverpool midfielder was a great learning experience. Sometimes players that become coaches can change a little bit from the way they played, but the way Steven played was the way he managed. He was very dedicated and committed and he put that into the team. If you wanted to be in his team then you had to give 100 percent, work hard and it wasn’t solely down to just talent. You had to have the dedication and commitment, which was the way he was as a player, and Steven wanted everyone to play like that. Luis Longstaff thought that made for a good environment for a team to train in because it wasn’t just like that on a Saturday or a midweek game, it was like that every single day in training. Steven Gerrard has done pretty much everything in the game and learning from someone like that day in, day out in training was a really good experience for Luis Longstaff.

So that was a brief snapshot of the brief and swiftly rising career of Luis Longstaff. We will leave you with a montage of his best skill moves and goals.