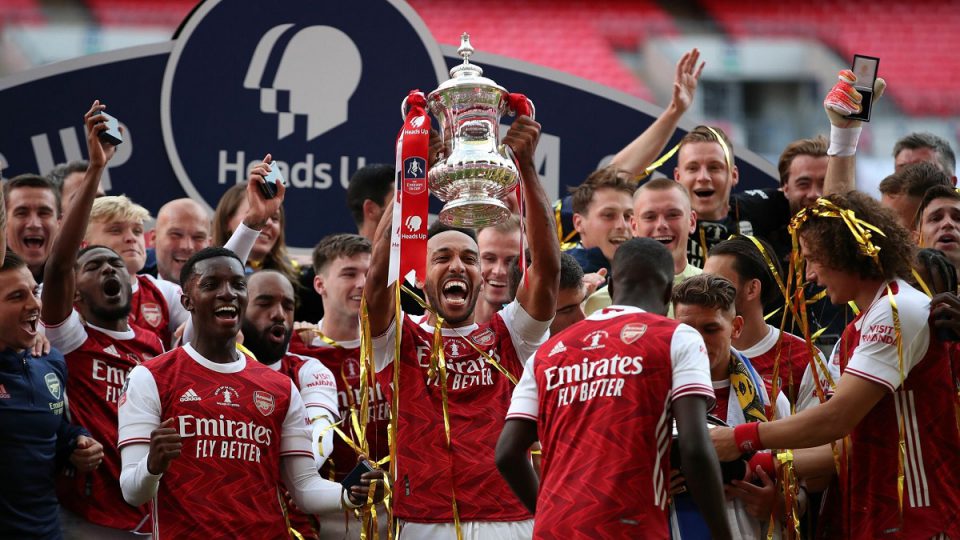 There may be grander prizes than the FA Cup, ones with a crown on top or giant jug-like handles on the side, but few can come close to matching English football’s oldest club competition when it comes to history and heritage.

Having first been awarded to Wanderers way back in 1872, plucky non-league hopefuls, the third-round draw, and days out at Wembley still get the juices flowing some 150 years later. There is something about this famous competition that captures a collective imagination like no other.

The Premier League and Champions League may have stolen a duopoly on glitz and glamour, but there is still plenty of magic to be found in the FA Cup.

The home of the very first #EmiratesFACup final back in 1872⚽️

Charles W. Alcock features on the playing surface at the Kennington Oval
Where Wanderers defeated Royal Engineers to clinch the trophy 🏆 pic.twitter.com/OJl8OJKdjA

It is the uncertainty of it all that continues to intrigue a global audience, with antics almost impossible to predict across any given fixture. Giants are there to be slain, with reputations counting for little when the playing field is leveled.

Anybody can beat anyone on their day, and have done on countless occasions down the years, with it that sense of drama which has allowed a seamless transition to be made from playing surface to screens of both the big and small variety.

The FA Cup has featured in films, TV shows and documentaries, such as Cup Glory and The Damned United, while also figuring prominently on gaming platforms with the likes of FIFA and Pro Evolution Soccer.

Football is especially prevalent in the gaming sector, and has influenced all genres including live casino gaming, as Football Studio covers competitive action while playing games of baccarat, with everything kept crossed when looking for sporting stars to align. There are even football board games.

So, it’s safe to say that football is prevalent in pop culture and so it is unsurprising that the beautiful game’s mass following of top teams is only getting bigger. Who, though, will make their way onto the royal balcony and hoist a prestigious piece of silverware aloft?

Arsenal are the most successful side in the competition’s history, with a 21st FA Cup triumph enjoyed back in 2020, and have landed the ultimate prize on four occasions in the last eight years. That kind of pedigree cannot be ignored, even if the Gunners remain a little inconsistent at times.

Chelsea also boasts a useful habit of going deep into domestic cup competitions and has graced four of the last five finals. They have only won one of those, which will disappoint those at Stamford Bridge, and there are obvious wrongs to be righted there.

#FACup finalists for the fourth time in five seasons! 🤩 pic.twitter.com/nm0AzAfMGV

Pep Guardiola and Manchester City will never write any trophy off and can be expected to give an illustrious competition the respect it deserves. The same can be said for their local rivals Manchester United, who are desperate to bring a five-year wait for tangible success to a close.

Tottenham is also longing for a silver lining to their efforts – the kind that will keep Harry Kane happy – while Leicester is the current holder and will not give up their grip on a notable domestic crown without a fight.

West Ham is showing signs of being a force to be reckoned with once again, Liverpool can never be ruled out, and Aston Villa boss Steven Gerrard has some serious history with the FA Cup and will want to replicate the heroics of his playing days in a coaching capacity.

The cream does tend to rise to the top in events such as this, with no side from outside the Premier League making a final since Cardiff achieved that feat in 2008, but shocks should not be ruled out in a bid to cast the strongest spell.

How to Make Money While Travelling Around the World