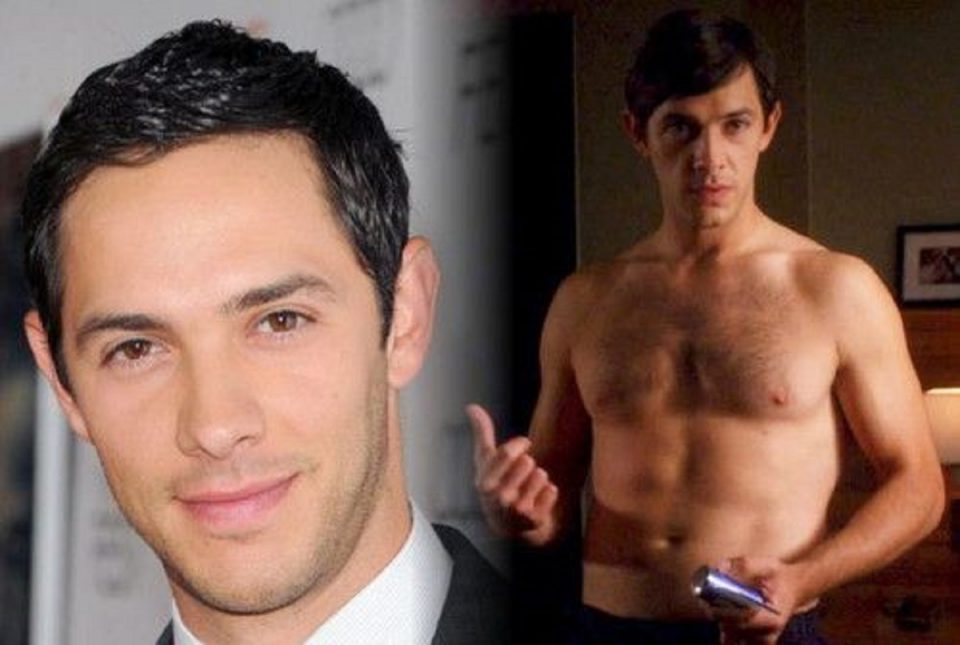 Michael Rady was born and raised in Philadelphia, got his big break when he appeared as Alex Bledel’s love interest in the sequel to The Sisterhood of the Traveling Pants. After that, he played Stanley Tucci’s son in Showtime’s critically acclaimed Sleeper Cells series and then in ER. Michael has appeared in a number of notable television shows, such as Greek and Melrose Place, but his most recent roles include Emily Owens MD in which he played a resident doctor opposite Mamie Gummer. Rady’s appearances in Hallmark Channel movies are also noteworthy, as many of his fans refer to him as “Hallmark Star.” While we know Rady for many of his critically acclaimed television shows, he has also starred in several movies which you can binge-watch this summer.

The Sisterhood of the Traveling Pants

As per showbiz blog The Sisterhood of the Travelling Pants is an American-comedy drama that premiered in 2005. The movie is directed by Ken Kwapis from a screenplay by Elizabeth Chandler and Delia Ephron based on the same-titled novel. The story revolves around four best friends who purchase mysterious pants which fit all of them even though they carry different sizes. The girls shared the pants equally even though they spent their summers apart.  The second part of the film was released in 2008 August while the third is yet to be developed. Michael Rady plays the role of Kostas Dounas in the second season.

The Guardian is an action-adventure movie directed by Andrew Davis. The movie title belongs to a legendary figure in the film who protects people lost at the sea and is thus, called “The Guardian”. The movie revolves around the US Coast Guard and their Aviation Survival Technician programs. Michael Rady plays the role of Zingaro and the movie was released in 2006.

Written by James C. Zelker and produced by Independent Dream Machine, In Search Of is an unconventional drama film released in 2008 where wrong decision forces people to fall into the worst conditions while desires alter everything. The movie has ten characters that utilize sex as one way to get something out of life. The only reason why Dave starts a business is to afford a lifestyle that pleases his girlfriend. Lauren cheats her husband with her lover while Lauren’s son Jack, played by Michael Rady, uses his wealth to manipulate all those who care for him.

Random Encounter is yet another Michael Rady film that got released in 2013. This American comedy-drama was made by Boris Undorf and written by Nate Barlow. Starring Michael Rady as Kevin, this film was first released on the digital platform in the US in 2013 and the same film with a new title was released in the United Kingdom in 2018.

Cloudy With a Chance of Love

Cloudy with a Chance of Love, directed by Bradford May and first released in 2015, is a love story with many personal stories and morality tales. The life of an academic meteorologist named Deb, played by Katie Leclerc, is the focus of this Michael Rady Hallmark movie. She plans to get a scholarship for her studies while working as a radio meteorologist. She grabbed the eye of Michael Rady aka Quentin, the radio station director. Deb finds it difficult to be both a popular weather girl on TV and a meteorologist. The entire series is filled with positive moments and odd characters that you should watch over the holidays.

Christmas in Homestead is Michael Rady’s second drama series, following Cloudy with a Chance of Love, which premiered in Hallmark in 2016. The plot revolves around Jessica McNellis, a well-known actress who comes to Homestead to film a motion picture with her crew. She falls in love with Michael Rady’s character, Matt Larson, the mayor of a small town and a single father. Jessica is drawn to the small-town atmosphere and way of life, and she understands the true meaning of spending Christmas with the community.

A Joyous Christmas, directed by Allan Harmon and released in 2017, is a fantastic movie with many heart-warming instances. The plot revolves around Rachael Kennedy, a young motivational speaker and best-selling author who visits her childhood home to promote her new book. She despised the idea of stopping at her home, but she had no idea that her journey might be about to change dramatically. She confronts Jack (Michael Rady) and Joy, who saves her from a horrible car accident. Together, the three of them discover the joy of sharing Christmas with friends.

Starring Michael Rady, Christmas at Pemberley Manor, is based on the Christmas holiday and its relevance. The show originally aired in 2018 and is about an event planner who travels to a small town to plan a Christmas vacation before the holidays. Elizabeth is from New York, and she meets William Darcy, a billionaire who wants to sell his historical estate, which she wanted to use for her wedding reception. Even though she tries to persuade Darcy not to sell the estate, they both begin to fall in love.