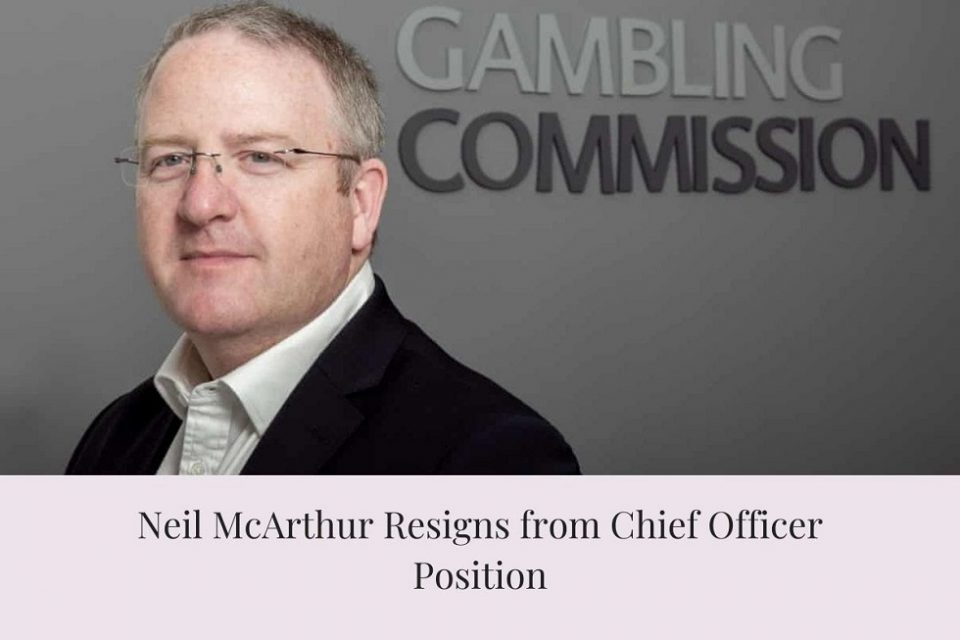 After 2 years as a Chief Executive and 15-year tenure with the UKGC, Neil McArthur departs from his position as Chief Executive of the Gambling Commission. The boss joined the Commission as a General Counsel before nominating a Chief Executive in 2018 replacing Sarah Harrison (MBE). One of the reasons for his departure is the intervention of John Whittingdale, DCMS’s new undersecretary that is now overseeing the gambling laws and planned to have discussions with the commission’s leaders about the Football Index suspension since 11 March 2021.

In fact, the regulator has suspended the licence of the Football Index for a short reason that this betting company may not be relevant to carry on with licensed activities. However, the All-Party Parliamentary Group for Gambling Harm (APPG) stated that the fallout of this operator showed that the UKGC needs complete reforms regarding its supervision of gambling operators as well as its policy to verify the licensees’ suitability.

Significant Сhanges Neil McArthur has Brought in the UKGC

Neil McArthur conducted the implementation of drastic measures and initiatives to reduce the gambling-related harms throughout his tenure as Chief Executive. Under his leadership, significant policies were introduced and the most remarkable one is the ban of credit cards as payment options in gambling websites. The enhanced age verification checks were also strengthened in mid-2019 to ensure that the operators verify their customers’ age and identity details to prevent underage gambling and protect vulnerable gamblers.

The most recent is the strict measures to reinforce the controls and protections for the players who gamble on online slot games at any of non-UKGC regulated casinos or licensed ones. This package of principle includes the introduction of limits on spin speeds and a permanent prohibition on features that accelerate play or acclaim losses as wins. As specified by the commission, slots are the most lucrative as they are worth £2.2 billion and the industry is growing at around £100 million a year. That is the reason why the regulator has focused on these games because their features increase the intensity of play which is a great risk to players.

Moreover, McArthur played the role in releasing the Lived Experience Advisory Panel (LEAP) allowing people affected by problem gambling to give their opinions on how the UK gambling policies are enhanced. The betting industry has also started to deal with an increasingly digitised market although it has to endure the financial and organisational challenges of the coronavirus pandemic. Furthermore, the CEO also defended the collaborative frameworks of the UKGC’s National Strategy to regulate the gambling sector by balancing the commercial interest of the industry and social responsibilities.

McArthur stated that he was proud of everything the Gambling Commission had achieved during his years with the organisation. He also added that the organisation had taken significant steps forward to make gambling fairer and safer and he was proud to leave the body in a strong position to meet its future challenges. With a review of the Gambling Act underway, it was the right time to step away and allowed a new Chief Executive to lead the Commission on the next stage in its journey, the boss affirmed.

Who will be McArthur’s Successor?

As Neil McArthur has resigned from his position of CEO, the UKGC is beginning the recruitment process to replace him for an interim period. The Deputy Chief Executive, Sarah Gardner, and Chief Operating Officer, Sally Jones have already been appointed by the current chairman Bill Moyes but the recruitment activities get underway by Bill Moyes’s successor. Bill Moyes who will also be vacating his position later this year thanked Neil McArthur for his many years of commitment and service to the Gambling Commission.

The chairman also confirmed that this director had achieved a lot during his tenure as Chief Executive in the organisation and he could justly be proud of the commission’s progress. His leadership mandate divided political opinion and the commission was criticized by the high-profile MPs for its strong bond with licensed operators. According to the regulator, the body aims to designate the successor of Neil McArthur in September 2021.

Is It Possible To Play Online Slots While On GamStop?

What are the Best Alternatives of Friv?

Is It Possible To Play Online Slots While On GamStop?