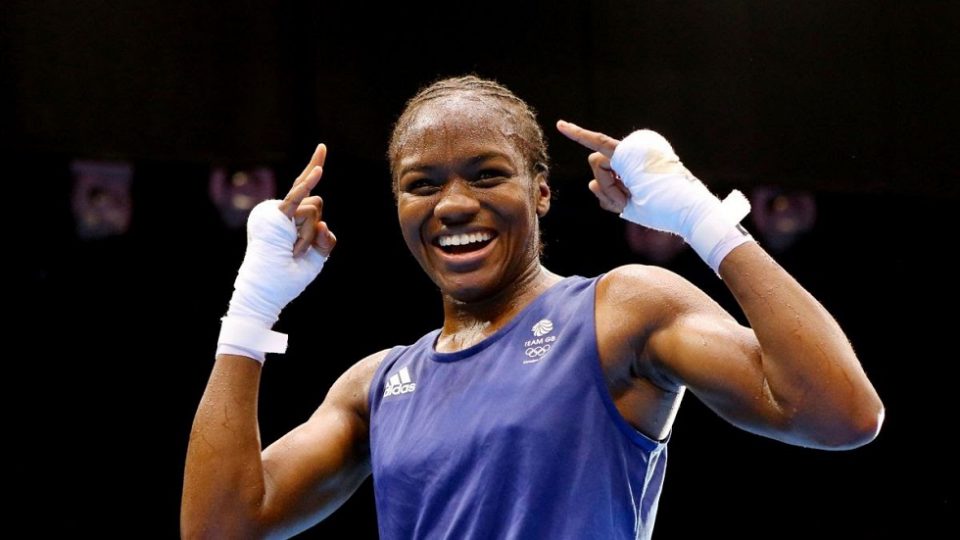 Nicola Adams is a legendary female professional boxer from England. She competed as a professional between 2017 and 2019. When Nicola Adams retired from boxing in 2019, she had an undefeated record and she held the WBO female flyweight title. Prior to turning pro, Nicola Adams also had a decorated amateur career. Women’s boxing was added as an Olympic Sport for the first time during the 2012 London Olympics. In front of a raucous home crowd, Nicola Adams became the first-ever female boxing Olympic Gold Medalist. She went on to defend her title during the 2016 Rio Olympics as she won the Gold medal once again. In 2016, Nicola Adams was at her peak. She simultaneously held the World, Olympic and European titles in the women’s flyweight category. She went on to triumph in every single amateur championship that was up for grabs. She emerged triumphant at the Olympic, Commonwealth and European Games. She also went on to win the World, European, and European Union championships.

Nicola Adams: All You Need to Know

When was Nicola Adams born?

Nicola Adams was born on October 26th, 1982 in Leeds, West Yorkshire. She did her schooling at the Agnes Stewart Church of England High School, Ebor Gardens, Leeds. After school, she attended Hopwood Hall College in Rochdale. In 2012, she was named as one of the 101 most influential LGBT people in Britain. Nicola Adams is of British & French/Caribbean, Nevis/St Kitts & St Maarten descent.

Nicola Adams participated in her first-ever boxing bout at the age of 13. She won the fight with ease. However, she had to wait four more years before she could find another opponent. She fought against an Irish boxer in 2001 and became the first-ever woman amateur boxer to represent England. She went on to capture the English amateur champion crown for the first time in 2003, and defended it successfully for three years. When Nicola Adams captured the Silver Medal at the 2007 European Championship in Denmark, she became the first-ever English female boxer to win a medal in a major tournament. She won the title in the bantamweight category (upto 54 kgs). Nicola Adams bagged another SIlver medal in 2008, this time at the World Championships held in Ningbo, China. She suffered a serious back injury in 2009 and had to miss out on months of action as she recovered from it. Nicola Adams made a triumphant return to boxing in 2010 as she won another Silver Medal at the 2010 World Championships in Bridgetown, Barbados. However, because of the lack of interest in women’s amateur boxing, Nicola Adams struggled to sustain her boxing career. She worked as an extra on soap operas like Coronation Street, Emmerdale, and EastEnders for some extra cash. She even worked as a builder. However, she stopped all of that once the International Olympic Committee started backing funding for women’s boxing in 2009.

During the 2012 London Olympics, Nicola Adams faced up against four-time World Champion MC Mary Kom from India during the flyweight semi-final. Adams was able to defeat the decorated Indian boxer and squared off against Chinese World Number One Ren Cancan in the final. In the process, she became the first-ever recipient of the Women’s Boxing Gold Medal in the Olympics.

In 2014, Nicola Adams also won the Commonwealth Games Gold Medal in Glasgow. She defeated Northern Ireland’s Michaela Walsh on a split decision in the final of the women’s flyweight division.

Nicola Adams successfully defended her Olympic crown at the 2016 Rio Olympics. She won the Gold Medal by defeating Frenchwoman Sarah Ourahmoune in the final.

When did Nicola Adams turn pro?

Nicola Adams is the first female boxer to ever win an award from the Boxing Writers’ Club of Great Britain. She was also given the Joe Bromley Award for outstanding services to Boxing. She also holds the honour of being the first-ever invitee to the club’s awards ceremony.

In July 2015, she was awarded an honorary Doctor of Laws degree by the University of Leeds. In November 2015, she was listed as one of BBC’s 100 Women.

Nicola Adams represented Haringey Police Community Club at boxing. She is openly bisexual, and was named the most influential LGBT person in Britain by The Independent in 2012 and has been included in the annual Powerlist. She was recognized as one of the most influential people of African/African-Caribbean descent in the UK. She is also the first-ever openly bisexual person to win a gold medal in Olympic boxing. She achieved that at the 2012 Summer Olympics in London.

Who is Nicola Adams’ partner and how long have they been together?

Nicola Adams is dating 21 year old Ella Baig for two years and the couple is set to appear in Celebrity Gogglebox. The pair don’t speak publicly about their relationship much but they’ve been together for nearly two years, since the summer of 2018. The couple resides in Leeds. Before Ella Baig, Nicola Adams was engaged to fellow boxing star Marlen Esparza. However, the couple went their separate ways in April 2018.