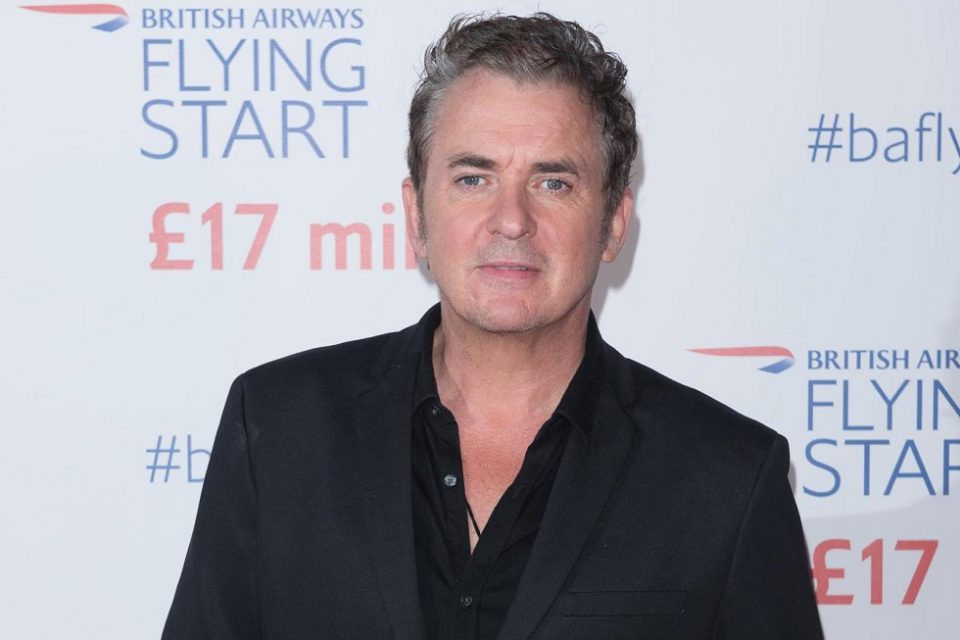 Shane Richie (born Shane Patrick Roche) is a famous English actor, comedian, TV presenter and singer. After an initial string of success on stage and screen as a performer, he bagged the role of Alfie Moon on the famous BBC soap opera EastEnders for three years between 2002 and 2005. After a five year hiatus, he returned to the show in 2010 and stayed till 2016. He also starred in the spin-off RTE Drama Redwater in 2017. In 2018, he made another return to EastEnders, and once again in 2019. Aside from his acting career, Shane Richie has also served as a presenter on BBC game shows like Reflex, Win Your Wish List and Decimate. He also regularly appears in pantomime and in the last few years has starred as Robin Hood. He first took the role appearing at the Mayflower Theatre, Southampton in 2016, then repeated it again in 2017 at the New Victoria Theatre, Woking. He then reprised the role once again in 2018 at the Milton Keynes Theatre. He also starred as the titular character in Dick Wittington at the Bristol Hippodrome alongside Jenny Dale. Let’s find out more about him.

Shane Richie: All You Need to Know

When was Shane Richie born?

Where did Shane Richie study?

He attended Willesden High School and was a member of a youth theatre as a child.

Shane Richie began his professional career in adolescence as a bluecoat entertainer at a Pontins holiday camp Little Canada, on the Isle of Wight. He progressed to the live stand up circuit – receiving a nomination for best new stand-up at the inaugural British Comedy Awards.

Shane Richie made nightly appearances during 1989 for Sky TV’s chat show series Jameson Tonight. The popular show was hosted by Derek Jameson and Richie and recorded at the Windmill Theatre, London. Shane Richie made his terrestrial TV debut as one of the comics on the BBC One sketch show Up to Something! with Suzy Aitchison, David Schneider, Frances Dodge, Mike Hayley and Lewis MacLeod. Unfortunately, the show was cancelled after just one season. Shane Richie co-starred on the show with four other comics, Maddi Cryer, Annette Law, George Marshall and Billy Pearce.

Richie later branched out into hosting game shows after proving successful as host of the kids’ quiz show Run the Risk, which was played during the BBC Saturday morning show Going Live. He moved into mainstream presenting with Caught in the Act, Win, Lose or Draw, The Shane Richie Experience (later revamped as Love Me Do) and Lucky Numbers. He also replaced Danny Baker in the ‘doorstep challenge’ TV ads for Daz detergent; he had previously replaced Baker as host of Win, Lose or Draw. In the 2012 Christmas episode of The Sarah Millican Television Programme, Richie said that Daz gave him so much money for doing the adverts that he would have “snorted the stuff” if they had asked him.

Richie has had success in musicals, appearing in such musicals as Boogie Nights and the 1993 London revival production of Grease. He released two albums, The Album in 1997 and Once Around the Sun in 2000 to limited commercial response, and had a number 2 hit in the UK Singles Chart in 2003, with his Children in Need cover version of Wham!’s “I’m Your Man”.

In 2005, Shane Richie was a part of the touring musical, Scrooge: The Musical.

In 2009, Richie was reportedly scheduled as the opening act for Michael Jackson’s concerts at the O2 Arena. The concerts were cancelled following Jackson’s death.

During Christmas 2013, Richie appeared as Buttons in the pantomime Cinderella at the Wycombe Swan Theatre in High Wycombe.

In 2017, Shane Richie signed a recording deal with the East West Record Label. With the label, he released his first ever country album, A Country Soul in 2017.

From 2002–2003, Richie played the villainous Danny Dexter on Night and Day. He won supporting roles in low-profile British films, beginning with Chris Barfoot’s award-winning short comedy movie Dead Clean and then later Distant Shadow. In 2003, Richie was executive producer for the British film Shoreditch, in which he also appeared in a lead role. In 2007, Richie starred in ITV drama The Good Samaritan, and Father Frank for BBC One.

On 11 May 2008, Richie hosted a quiz show on Sky1 called Don’t Forget the Lyrics!, whereby contestants must finish off the lyrics to lines of popular songs in order to win money.

On 25 April 2008, he was due to be a guest on The Paul O’Grady Show, but due to Paul O’Grady falling ill, Richie stood in as host.

In February 2009, Shane Richie starred in a revamp of the series Minder on Channel 5. On 26 July 2009, Richie appeared in a one-off television drama called Whatever It Takes playing a character called JJ Merrick who comes to the aid of a girl who wins a radio competition – and catapults her into stardom, thus giving her a new lease of life.

The BBC announced on 14 November 2011, that following Jimmy Savile’s recent death, Jim’ll Fix It would return for a one-off Christmas Special in December 2011, with Richie as host.

Shane Richie has guest-hosted numerous episodes of The One Show. Between 2015 and 2016, Richie presented the BBC One daytime game show Decimate.

In June 2015, it was announced that he would be appearing in an episode of Benidorm. Shane Richie filmed the Channel 5 show “Caravanning With Shane Richie” in 2019.

In 2002, Shane Richie joined the cast of EastEnders as Alfie Moon, bringing humour to a programme often panned for being too depressing. The role won him numerous awards including the award for “Best Male European Actor” at the Rose D’or Festival and National Television Awards for “Most Popular Actor” in 2005, shortly before he, and co-star Jessie Wallace, left the programme on Christmas Day in 2005.

On 8 May 2008, he said in an interview with Digital Spy that he would love to return to EastEnders as Alfie Moon.

As well as appearing in EastEnders, Richie also narrated three episodes for the documentary series, EastEnders Revealed, a series that goes behind the scenes and explores characters and storylines

On 4 April 2015, it was announced that Richie would appear alongside Jessie Wallace in a six-part BBC One drama series, Redwater. In the spin-off, Kat and Alfie Moon visited Ireland as they put their past behind them. Speaking about the series, Richie commented: “Both Jessie and I are absolutely thrilled to be given this amazing opportunity. To have a whole drama focussed around Kat and Alfie is a huge honour for us both and we just can’t wait to start filming.

Richie briefly reprised the role in 2018, with the character leaving once again in early 2019.

In 2003, Richie produced and starred in the film Shoreditch, into which he had reportedly invested half a million pounds of his own money. The film received negative reviews and was not widely seen. In 2006, Richie played a rat named Sid in the Aardman Animation film Flushed Away. He has recently been seen in the UK stage tour of One Flew Over the Cuckoo’s Nest as Randle McMurphy, and heard as a presenter on Virgin Radio, where he interviewed Tony Hadley of Spandau Ballet.

In July 2015 it was announced that Richie would star alongside Jessie Wallace in The Perfect Murder at the Theatre Royal in February 2016.[18]

Since 2016, he has appeared in pantomime as Robin Hood. In 2019, Richie starred as retired drag queen Hugo Battersby/ Loco Chanelle in the hit musical Everybody’s Talking About Jamie at the Apollo Theatre. It was then announced that he would reprise the role for the 2020 UK tour.

Who is Shane Richie married to?

Shane Richie’s first marriage was with Coleen Nolan. The couple tied the knot in 1990 and have two sons together. Shane Roche Jr. and Jake Roche. They divorced in 1999. He has three children with his current wife Christie.

What is the name of Shane Richie’s book?

Shane Richie released his autobiography in 2003. It was called Rags to Richie. In the book, he claims to have had sex with six girls in a chalet, during his time as a Pontins Bluecoat and he broke the law by orchestrating ticket touts outside of Grease. Richie also claims to have given free tickets to the touts, who went on to sell them at a large profit for Richie.

What has been Shane Richie’s contribution to charity?

Shane Richie is a patron of Shinfield Players Theatre, an amateur “little theatre” in Reading, Berkshire, taking the role from Anton Rodgers who died in 2007. He appeared in the audience for the first time during the Youth Group production of Disco Inferno on July 11th, 2009.

Shane Richie is also a patron of the UK’s Huntington’s Disease Association along with a charity named Cherry Trees which provides respite care for children with disabilities.