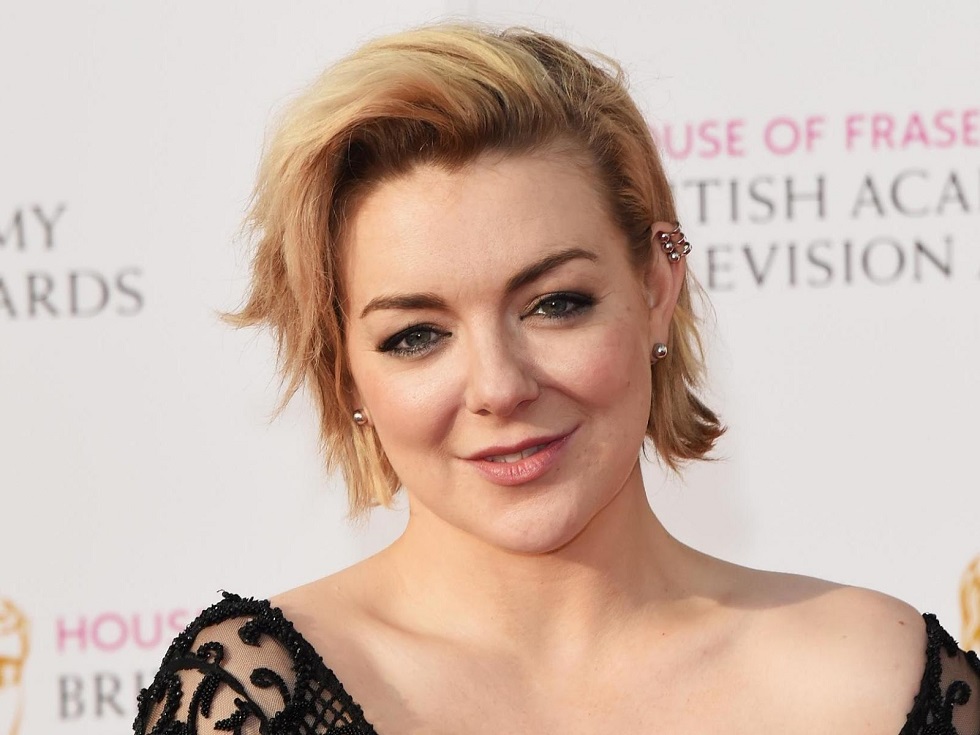 Sheridan Smith, OBE is a famous and revered English singer and actress.

Sheridan Smith has performed in the West End musicals Little Shop of Horrors (2007), Legally Blonde (2010), Funny Girl (2016), and Joseph and the Amazing Technicolour Dreamcoat (2019). She released her debut album, Sheridan, in 2017. In 2018, her second album called Northern Soul was released.

Sheridan Smith has won two Olivier Awards, a BAFTA, a National Television Award and a BPG Award. Sheridan Smith also has two International Emmy Award nominations. She was appointed Officer of the Order of the British Empire (OBE) in the 2015 New Year Honours for services to drama.

Sheridan Smith: All you need to know

When was Sheridan Smith born?

Sheridan Smith was born on June 25th 1981 in Epworth, Lincolnshire. Sheridan Smith is the sole daughter of Marylin Smith. Sheridan Smith’s grandfather was a banjo player in Yorkshire and later played as a trio with his daughters.

Where did Sheridan Smith Study?

Sheridan Smith studied dance at the Joyce Mason School of Dancing from an early age. She later attended South Axholme Comprehensive School. Though Sheridan Smith never officially trained at a drama school, she was a member of the National Youth Music Theatre from 1995 to 2001. While a member there, Sheridan Smith performed a number of understudy roles in productions such as Bugsy Malone, Pendragon, and Into the Woods. She pursued further education at Scunthorpe’s John Leggott College.

From 1999 to 2000, Sheridan Smith played the role of Emma on the Royle Family. She also appeared on Two Pints of Lager and a Packet of Crisps between 2001 and 2009 as Janet Keogh. In February 2003, she appeared in “Immediate Care”, an episode of The Royal, where she played the role of Francesca Wheeler, a teenage girl who was affected by leukemia. In 2004, she made a one-episode appearance in Mile High as Suzy, an airport cleaner who impersonates a flight attendant in an attempt to become cabin crew. Sheridan Smith was also featured in The Comic Strip’s 2005 episode “Sex Actually” as Angie.

Smith played Cleo Martin in Love Soup (2005) and starred as Michelle, a hypocritical nutritionist, in three seasons of the sitcom Grownups (2006–2009). She has also appeared on The Lenny Henry Show as M.E. Westmocott, a task spoofing the varied doctors on CSI. in 2009, Two Pints of Lager crossed over with Grownups during a comic relief special. Sheridan Smith played her characters from both the series in that special.

Smith has also appeared on a number of other shows including the BBC’s Eyes Down, during which she played Sandy, and smaller parts in shows like The Bill and Fat Friends. She featured as Rudi: Smithy’s sister within the second and third series of the BBC Three sitcom Gavin & Stacey. She guest starred on the Christmas 2008 episode of Lark Rise to Candleford. Since 2009, she has played Joey Ross in special seasonal episodes of Jonathan Creek, namely “The Grinning Man” (2009), “The Judas Tree” (2010), and “The Clue of the Savant’s Thumb” (2013). She played Brandy within the third series of Benidorm.

In September 2012, Smith played the name part in Mrs Biggs, a five-part series on ITV. In 2013, she appeared as a cast member on the Channel 4 series Dates. In January 2014, she appeared on the two-part BBC drama The 7.39. In March 2014, she also starred on the ITV crime drama The Widower. Sheridan Smith played the role of the first wife of serial murderer Malcolm Webster. Later that year, she featured on the genealogy series Who Do You Think You Are? and played the role of Cilla Black on the three-part ITV drama series Cilla.

In 2015 she starred as cancer patient Lisa Lynch on the one-off BBC drama The C Word and as policewoman Jo Gillespie on the three-part ITV drama Black Work. That show was nominated for 2016’s National Television Award.

Sheridan Smith narrated the short lived reality series Bear Grylls: Mission Survive from 2015. Even though the show was critically acclaimed and received a nomination for a national award, it was scrapped after two seasons. In February 2017, she made an appearance on the Moorside, a BBC drama which was based around the kidnapping of Shannon Matthews in 2008.

In November 2017, Sheridan Smith appeared in her own ITV music special.Titled Sheridan, the one-off special presented by Alexander Armstrong saw her performing some of the songs from her album, and talking about her life.

In December 2017, Smith starred as evil step-mum Sheila on the television adaptation of David Walliams’ children’s book, Ratburger. It was broadcast on Sky One. Since January 2019, Sheridan Smith has played the role of Sam in the famous ITV drama, Cleaning Up.

Smith’s theatre credits include the musical Into the Woods at London’s Donmar Warehouse, and Shakespeare’s The Taming of the Shrew and A Midsummer Night’s Dream at the Open Air Theatre, Regent’s Park. She also played Audrey within the stage production of Little Shop of Horrors at the Menier Chocolate Factory, London, from November 2006, with the assembly then transferring to the Duke of York’s Theatre in March 2007. Following a successful run the Assembly moved again at the top of June 2007 to the New Ambassadors Theatre, where it was performed until September 2007. Smith was nominated for the 2008 Olivier Award for Best Actress during a Musical for her performance within the show.

Smith appeared as Vanessa in Tinderbox: a Revenge Comedy by Lucy Kirkwood at the Bush Theatre, Shepherd’s Bush, in April 2008. Smith played the role of Elle Woods within the musical version of Legally Blonde in its transfer from Broadway to London’s West End in December 2009. Duncan James, former member of the famous boyband Blue, appeared opposite Sheridan Smith until June 2010. Richard Fleeshman replaced James after that. Here are some of the other co-stars of Sheridan Smith from that project: Aoife Mulholland as Brooke, Denise Van Outen as Paulette, Peter Davison as Professor Callahan and Alex Gaumond as Emmett Forrest. Her performance was well received, The Daily Telegraph describing her as: “blessed with vitality, warmth, great comic timing and sudden moments of touching vulnerability. She is infinitely more likeable than Reese Witherspoon in the film.”

Between March and June 2011, she appeared in Trevor Nunn’s production of Flare Path at the Theatre Royal, Haymarket as Doris, a former barmaid married to a Polish count in the RAF. The production was a part of the playwright Terence Rattigan’s centenary year celebrations and also starred Sienna Miller and James Purefoy. For this role she won the 2012 Laurence Olivier Award for Best Performance in a Supporting Role, the 2011 Natasha Richardson Award for Best Actress and the BroadwayWorld UK Award for Best Featured Actress in a Play.

As well as her role in Legally Blonde, Smith also performed the title role in the workshop productions of a new musical adaptation of Bridget Jones’ Diary. On April 5th 2012, it was announced that Smith had decided to pull out of the musical, and would no longer be playing the title role, delaying the production of the show.

From September to November 2012, Smith played the titular character in Hedda Gabler at the Old Vic, winning the 2013 Theatregoers’ Choice Award for Best Actress in a Play. Shortly before collecting her award at the ceremony on 17 February 2013, Smith performed the original song “Stagey and Proud”, which was written by Chris Passey and Amy Carroll. From September to November 2013, she starred alongside David Walliams in a West End production of A Midsummer Night’s Dream, as part of Michael Grandage’s season of plays at the Noël Coward Theatre.

Smith starred during a New London production of the musical Funny Girl. The musical previewed on November 20th, 2015 at the Menier Chocolate Factory. The musical opened on December 2nd and ran until March 6th 2016. The show then transferred to the Savoy Theatre on the West End for a 12-week run, but extended through October 8th 2016. Sheridan Smith famously said while appearing on The Stage that she is married to the work. Throughout the play’s UK tour, Sheridan Smith retained her role.

She appeared as The Narrator in Joseph and The Amazing Technicolor Dreamcoat at The Palladium in London for a limited summer 2019 run.

Smith played companion Lucie Miller alongside Paul McGann’s Eighth Doctor in a radio series of Doctor Who, produced by Big Finish. The show was aired on BBC 7 from New Year’s Eve 2006; the plays returned in a second series released on CD and scheduled for BBC 7 broadcast. A third series of adventures for Lucie and the Doctor aired in March 2009, as weekly half-hour downloads followed by a Christmas Special. Lucie Miller made her final appearances within the fourth series, ending in 2011. She also narrated two Big Finish Short Trips stories, “The Curse of the Fugue” and “Flashpoint.” Smith has reprised her role as Lucie Miller opposite McGann’s Eighth Doctor in The Further Adventures of Lucie Miller, released in July 2019. Smith also appeared as Ruby Ruggles in the 2008 radio serial The Way We Live immediately , and took over the role of Tamsin Trelawny on  the second season of Elephants to Catch Eels on BBC Radio.