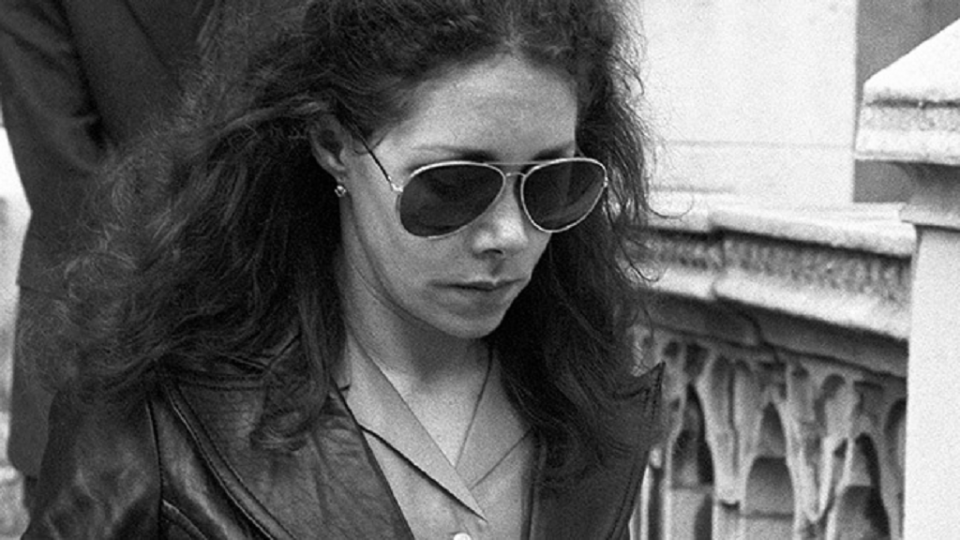 Sonia Sutcliffe is the former wife of the Yorkshire Ripper Peter Sutcliffe. His life was brought back into the public limelight after the release of the Netflix show The Ripper. Sonia Sutcliffe is notorious for supporting the brutal killer even after he confessed his crimes. She only divorced him 13 years after he was convicted in 1981. Let’s find out more about her.

Sonia Sutcliffe: All You Need to Know

Who is Sonia Sutcliffe?

The daughter of Ukrainian and Polish refugees, Sonia Szurma first met Sutcliffe at a Royal Standard nightclub in Bradford’s red light district in 1966. A year later, they were engaged. They were married on August 10, 1974.

When did the Ripper start his serial killing spree?

Less than a year later, truck driver Sutcliffe took a hammer and began attacking women, two in Keighley and one in Halifax. A year later, he murdered the first of his 13 victims – Wilma McCann, 28, mother of four.

Three months later, he killed sex worker Emily Jackson, 42, by stabbing her 52 times. Over the next five years he attacked women with terrifying regularity, murdering at night, in towns from West Yorkshire and the Pennines to Manchester.

The police investigation was fraught with pitfalls, and Sutcliffe was arrested and questioned nine times as part of the investigation, but each time was released to kill again.

He was eventually convicted in May 1981, having also been convicted of the attempted murder of seven women. He spent three decades at Broadmoor Hospital before being transferred to HMP Frankland in County Durham in 2016.

How did Sonia Sutcliffe meet the Yorkshire Ripper?

She first met Sutcliffe at a Royal Standard nightclub in Bradford’s red light district in 1966. A year later, they were engaged. The couple got married on August 10th, 1974.

The land register records show that the detached house in the Heaton area of ​​the city jointly remains in their two names.

Did Sonia Sutcliffe start a new life with her second marriage?

After apparently starting a new life by marrying hairstylist Michael Woodward in 1997, Sonia moved into her first floor apartment in Shipley.

But, according to neighbors, she frequently returned to the house she shared with the serial killer to maintain the garden. It is now believed that she divides her time between the two.

Neighbors in Garden Lane said that Sonia was regularly at home. One of them said: “I saw her there on Thursday night.

Another said: “I have seen her many times but I have never spoken to her. I saw her a few weeks ago picking up brambles in the patch of wasteland between her house and the cricket ground.

How did the Ripper die?

Sonia Sutcliffe, now 70, supported him even after confessing to his sickening crimes and only filed for divorce 13 years after his conviction. Former truck driver Sutcliffe, who was serving a life sentence for the murder of 13 women in Yorkshire and the North West of England, has died in hospital where he is said to have refused to seek treatment for Covid- 19. He also had other health problems.

How did Sonia Sutcliffe help the Ripper with his murders?

He and Sonia moved into the house, which cost them £ 16,000, in September 1977. Five days later he committed his sixth murder.

Every time he killed, Sutcliffe would come home in the early hours of the morning to wash his blood-soaked clothes in the kitchen where Sonia prepared their meals.

In the simple wood-frame garage, he kept his macabre arsenal of hammers, knives and screwdrivers. He used to destroy all the evidence in the garden.

What did Sonia Sutcliffe say about the place where the Ripper murdered his victims?

Speaking to a friend about her hometown of Bradford, Sonia Sutcliffe said: “This is my home, nothing bad has ever happened to me here.

What is the current state of Sonia Sutcliffe’s house?

Neighbors saw Sonia regularly at home, although she never traded the smallest jokes.

A man, who moved to the area two years ago, said: “She is keeping herself to herself. If it hadn’t been for all the media coverage recently, I would never have known who she was.

What happened to the Ripper’s neighbours after he was caught?

All of the Rippers’ neighbours left their houses and relocated since he committed the murders.

When she and Sutcliffe moved in, the neighborhood was an extremely white and solidly working-class neighborhood. Multiculturalism changed this demographics with Sonia one of the few white residents.

Neighbors in Garden Lane said Sonia is regularly at the house. One of them said: “I saw her there on Thursday night.

A local said yesterday: “I don’t understand why she would want to continue living there knowing what he did to all those women. The memories that the house has to keep for her cannot be so good.

Did Sonia Sutcliffe know about the Ripper’s psychopathic nature?

West Yorkshire Police officers investigating Ripper’s murders have visited the house on several occasions to question Sutcliffe, but Sonia maintained she had no idea she was living with a psychopath.

When Sutcliffe was finally unmasked, Sonia chose to stand by his side. Facing him at Dewsbury Police Station after his arrest in 1981, she asked what was going on.

“It’s me, my love,” he replied. “I am the Yorkshire Ripper. I killed all these women.

What did Sonia Sutcliffe do after the Ripper’s conviction?

Later that year, after being sentenced to 20 concurrent life sentences, Sonia quietly returned to the house they shared together and lived as a virtual recluse. Sutcliffe would remain obsessed with his ex-wife until his last day, even naming her as his next of kin.

Remarkably, despite her final divorce in 1994, Sonia was expected to be the one to organize the funeral. She was also expected to inherit property from her depraved former husband.

Her former brother-in-law Carl Sutcliffe said her older brother remained totally obsessed and “in love” with Sonia, even after she remarried.

Where is Sonia Sutcliffe now?

Speaking on the matter, the son of The Ripper’s first victim said: “The attention he has had over the years, the continuous news that we have received over the years, there is some kind of conclusion to that. I’m sure many families, the surviving children of the victims, might well be happy that he is gone and they have a right to feel that. “

But Sonia Sutcliffe explained that around 2010, she decided to let go of her anger and “forgive” Sutcliffe.

“I’m sorry to hear that he passed away. It’s not something I could have said in the past when I was consumed with anger, ”she said.

For now, Sonia continues to lead her strange existence, unable – or perhaps reluctant – to let go of the past.

We don’t know if she will sell and move from the house or stay within the walls that witnessed one of the most gruesome and brutal criminal events in the history of Britain.

Alex Scott Partner Sam Robertson: Who Is He? Are They Still Together? [Updated 2022]

Tony Dokoupil: The Incredible Life and Upbringing of The CBS Anchor