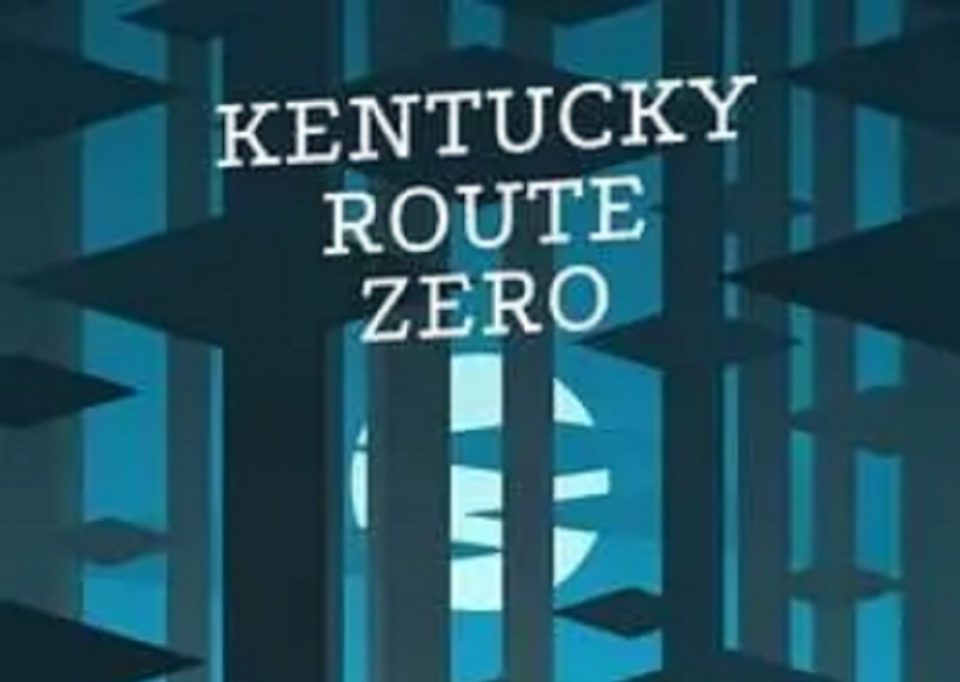 Cardboard Computer’s obscure point-and-click adventure game, released in 5 acts across the 2010s has quite the reputation. Besides topping a whole host of “best-of-the-decade” lists, the game has polarised players due to its dense style, deceptively simplistic gameplay, and disorienting narrative.

But regardless of whether you’ve heard good or bad things about Kentucky Route Zero one thing is for sure: it is a seriously influential modern game which has left an indelible mark on contemporary gaming.

The setup of Kentucky Route Zero is deceptively simple. You begin the game as Conway, a truck driver working as a delivery man for an antique store hired to deliver a parcel to 5 Dogwood Drive. Simple enough right? Wrong.

The catch is that Dogwood Drive doesn’t seem to exist—at least not in the normal sense of the word. The road is only accessible by taking the mysterious Route Zero which extends deep into the cave systems beneath Kentucky.

And this is where things get weird.

Balancing the stark, sobering reality of a Kentucky soaked in modernist malaise and the surrealism of subterranean systems, you will certainly find yourself feeling lost within the world of Kentucky Route Zero from time to time—if not the entire time. But within that feeling, and the moments that accompany it, are the wonders of magical realism—a genre which really hasn’t got much exposure in the world of games.

As you travel around Kentucky, the mysterious Route Zero, and everywhere in-between, you will find your main form of interaction with the game being through speech. These dialogue choices often flit between progressing the narrative and launching you on tangential speeches which go to craft the identity of the world around you.

One great example of this, used on multiple occasions—particularly in act 4—is seen when you come across new, mysterious locations. While your character initially notices the character of the place, it is you who is given the choice of creating the history of it. On spotting a house, for example, you’re given the option of choosing whether it was inhabited by a serial killer, a lonely elderly man, or perhaps it has been derelict for years.

This unorthodox method of player agency, in creating the very back story of the world you are exploring, is incredibly unique and most certainly leads to each and every player having a totally individual experience with the game.

The Twists, Turns and Headscratchers

Through its magical realism and its player-driven narrative choices, Kentucky Route Zero tells a story of epic proportions.

Far beyond being a simple story about a deliveryman getting to his destination, the game sees you take control of multiple different characters who you encounter along the way, and entering a variety of situations which may feel mind-boggling to start with.

From distilleries filled with skeletons to a computer simulation referencing one of the earliest games on record (Colossal Cave Adventure), the narrative gives you a lot to unpack—lending itself to those who love analysing and unravelling complex, allegorical plots.

Which leads us to the fact that Kentucky Route Zero is…

A Story to Go Down in the History of American Literature

While Kentucky Route Zero is undeniably a game—albeit an obscure one whose main purpose isn’t necessarily fun—it’s hard to deny its place as a piece of literature. The hundreds of thousands of words of written dialogue present within the game deliver the vast majority of the game’s narrative, themes and ideologies turning it into a fascinating hybrid somewhere between literature and games—but definitely somewhere totally different to graphic novels and the usual breed of interactive fiction.

Within these reams of text, Kentucky Route Zero deals with an incredible wealth of themes. Cultural malaise, loneliness, hopes and dreams, aimlessness, companionship, society, capitalism and even interactive media itself are all in the firing line, and that’s just scratching the surface of the unbelievable scope of the game’s narrative.

Within these themes, well-read individuals will also find plentiful references to other media. From classic literature and cultural discourse to games and media, Kentucky Route Zero is chock-full with references to the real world, again carving a lot of new ground for the form.

Through all this, I think it’s undeniable that Kentucky Route Zero is one of the most important works of American Literature in recent decades.

While it’s easy to get caught up in the game’s colossal narrative and text-based storytelling, we shouldn’t forget to mention how absolutely stunning the game is itself.

Visually minimal, offering up low-poly characters and environments presented from singular, often fixed, perspectives, the game’s style is at once simple and incredibly refined.

But hidden within this formula are some incredibly affective aesthetic moments which tie together visuals, sound design and narrative to deliver some punchy hits.

It’s Hard to Miss Its Influence

Despite being a (relatively) recent game, airing its first act in 2013 and concluding in 2020, Kentucky Route Zero’s influence is already visible in a variety of games made since.

The hit Disco Elysium is by far the most direct example of this, taking a lot of inspiration from Kentucky Route Zero’s style, narrative techniques and dialogue-heavy decision-making. But other games, such as Heaven’s Vault, have managed to take parts of the game to create never-before seen experiences.

From presentation to gameplay to narrative, Kentucky Route Zero carved out new ground, expanding the accepted convention of what it means to play a game. While it certainly isn’t a game for everyone, it is certainly a keystone in gaming history. And while it is always difficult to label the most important artworks of a generation, it’s fair to say that Cardboard Computer’s Kentucky Route Zero is likely to go down in history as one of them.

If you’re looking to get your fill of adrenaline to supplement Kentucky Route Zero’s deep thinking, head over to ElDorado.gg. There you can get ahead in all your favourite online titles, allowing you to get the most intense, high-level experience there is.

The History of the Famous Rolex Watches

A Guide to Slot Volatility

What Are the Oldest Casino Games in the World?