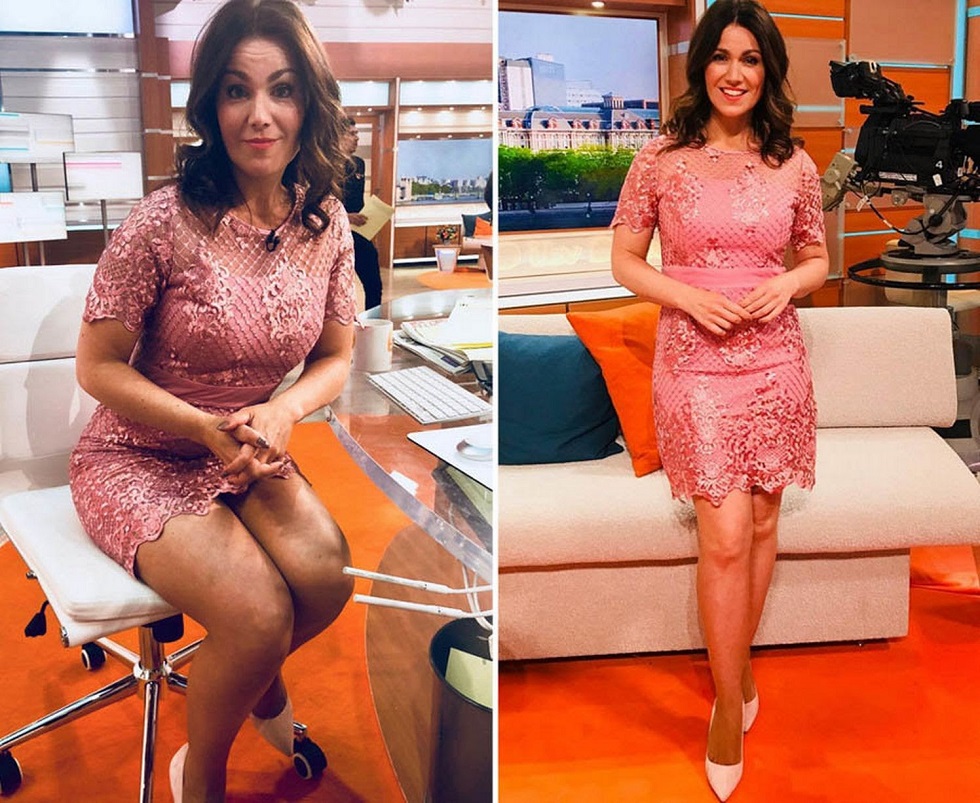 Susanna Victoria Reid (born 10 December 1970) is a famous and beloved British television presenter and journalist. Reid was a co-presenter of BBC Breakfast from 2003 until 2014, alongside Bill Turnbull and Charlie Stayt. She has been a co-anchor of Good Morning Britain since 2014, and currently presents the programme alongside Piers Morgan and Ben Shephard. During the eleventh series of Strictly Come dancing, Susanna Reid finished as the runner up.

Susanna Reid: All You Need to Know

When was Susanna Reid born?

Susanna Reid was born on December 10th, 1970 in Croydon, South London. Susanna Reid’s father was an advisor and her mother worked as a nurse. Susanna Reid is the youngest of three children. Her parents separated and divorced when she was aged 9.

Where did Susanna Reid Study?

Susanna Reid was educated at the independent Croham Hurst School, from 1975 to 1981, followed by the independent Croydon highschool (1981–87) and St Paul’s Girls’ School (1987–89) in London. Susanna Reid studied Politics, Philosophy and Law at the University of Bristol (1989–92), where she was editor of Epigram, the student newspaper.

How did Susanna Reid make her acting debut?

Susanna Reid made her acting debut as a teenager on a stage production of Agatha Christie’s Spider’s Web in 1982. She was on stage alongside Shirley Anne Field. Later on, Susanna Reid also appeared on stage with Peter Barkworth and Harriet Walter in The Price on Channel 4 in 1985.

Susanna Reid kick started her broadcasting career when she became a reporter and producer for BBC Radio Bristol’s Radio 5 Live. Susanna Reid went on to join BBC News 24 after that. She worked for two years as a reporter over there. When the 23:00 presenter did not arrive one night, Reid became a stand-in presenter for an hour (while three months pregnant with her first child), which turned into a permanent position.

Susanna Reid has also served as a regular newsreader on The Andrew Marr show. Susanna Reid also filled in briefly for Andrew Marr on May 16th, 2010. Susanna Reid filled in because Andrew Marr was slightly delayed for the programme after interviewing the new Prime Minister David Cameron. Reid handed back to Marr following the paper review. Reid presented the main show for the first time on 10 March 2013 following Marr’s extended absence after suffering a stroke in January 2013. On 22 February 2009, Reid presented the BBC’s live coverage of the 2009 Oscars from Los Angeles and also presented coverage of the 2010 Oscars on 7 March.

In February 2014, it was reported that ITV were attempting to recruit Susanna Reid for their new breakfast programme, with a £1 million annual salary. Susanna Reid had previously addressed the rumours of her leaving the BBC. in December of 2013, during her stint at Strictly Come Dancing, Susanna Reid claimed that she would “Bleed BBC” if she were cut open. However, on March 3rd 2014, the BBC confirmed Reid’s move to ITV to serve as the co host of a rival breakfast programme Good Morning Britain, which replaced ITV’sformer breakfast show Daybreak. She co-hosts the show alongside Ben Shephard and Piers Morgan every Monday to Thursday from 6:00 a.m. to 9:00 a.m.

In October 2018, Susanna Reid made a cameo appearance on the popular TV show Hollyoaks (the show that launched Gemma Atkinson’s career).

Which award has Susanna Reid won as a broadcaster?

Susanna Reid was selected as the Newsreader of the Year by the Television and Radio Industries Club in March 2014. The award came a week after her move to ITV became public. Susanna reid won the same award in the year 2015 as well.

How many children does Susanna Reid have?

Susanna Reid is a big supporter of Crystal Palace Football Club. She visited the club’s Selhurst Park ground with her dance partner while taking part in Strictly Come Dancing, in 2013. In November 2018, Susanna Reid revealed that she was in a relationship with Crystal Palace chairman Steve Parish. However it was announced in April 2019 that the couple had gone their separate ways.

Is Susanna Reid a pescatarian?

Susanna Reid is a pescetarian (the only  non vegetarian food she consumes is fish), something she used to discuss occasionally in her Saturday morning banter with chef James Martin when commenting on the dishes on his programme, Saturday Kitchen.

Which charities is Susanna Reid involved with?

Susanna Reid is a regular contributor to Media Trust, a charity linking other charities to the media industry, and has hosted events for the Myotubular Trust and Voluntary Arts England. In 1998, just before she became a reporter for Breakfast News, she worked for three months in Sri Lanka as a voluntary media consultant for a charity which counsels victims of the civil war and operates orphanages and social development programmes.

On April 22nd 2012, Reid took part in the London Marathon, raising money for Sport Relief, completing the course in just over five hours.

Good Morning Britain’s co-host and Susanna Reid’s colleague Piers Morgan is very famous for making controversial statements. The 54-year-old Morgan made a remark about Susanna Reid  in an interview, saying: ‘Well if we were both single we’d be at it like stoats in a sack… With other people, of course…’ Posting onInstagram, Piers Morgan’s wife Celia joked: ‘The headline every wife wants to read on a Sunday morning #mythoughtsarewithsusanna’.

Susanna Reid was shocked at the criticism she received for something piers Morgan had said. She insisted that Piers Morgan is a very annoying and off putting person but she can co exist and work with anyone.

Susanna Reid said: “I can work with anyone, but it was a shock to the system, and I did find it difficult to sit there trying to be neutral in my opinions while Piers spouted forth about whatever he thought, and then I would be attacked for it.” They ended up thrashing it out over many a drink, as per Susanna’s suggestion, with Piers admitting they perhaps acted a little wild during that discussion. He said: “Basically we got drunk in The Groucho Club and behaved appallingly. Then we went off to a load of gay bars in Soho and got even more drunk. And everything got sorted out.” Susanna admitted her views were more ‘neutral’ before working with Piers, however she learned to speak up for herself and assert her opinions alongside the former newspaper journalist.

‘I’ve definitely changed,’ she said. ‘Working with him has changed the way I am. But we’ve just got to know each other better and understand each other more.’ Piers himself added he became a little more sensitive to other views, as he added: ‘It’s like learning to dance. You have missteps but when you get it right it really works, and the best dances are when you can never quite work out who is leading, because each takes turns at leading the other.’

Scottish Mortgage Investment Trust – All You Need To Know

Gemma Atkinson: The Glamourous Life and Career of the British Actress