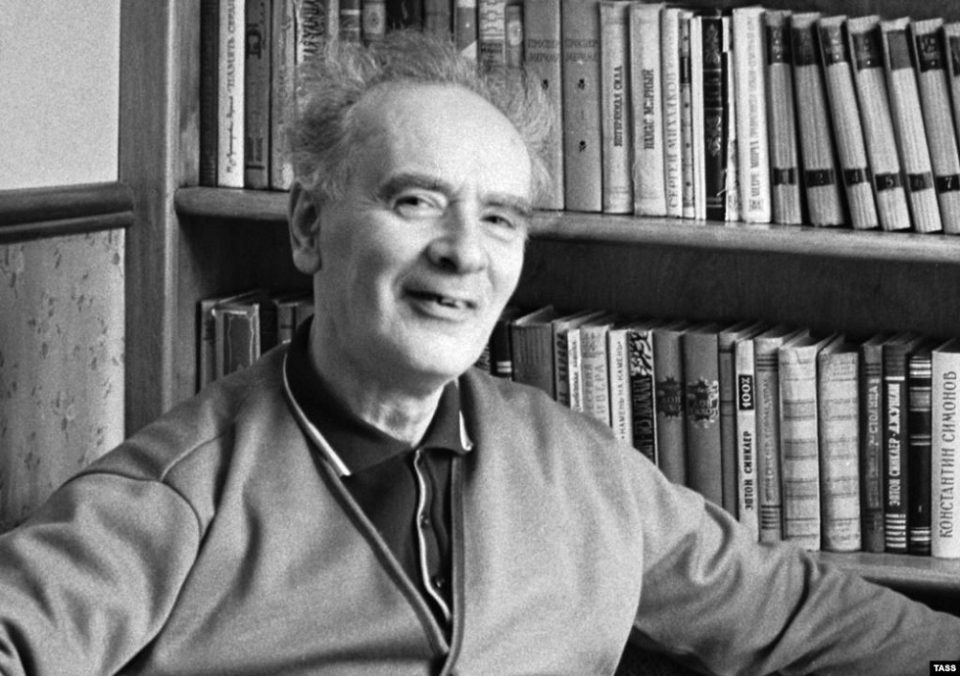 Lev Landau was known to be one of the Soviet Union’s greatest physicists. He’s been described as both ‘ruthless’ and ‘gentle’. If you’re wondering more about this juxtapositional character, let’s take a look at his life.

Who is Lev Landau?

He was one of the fathers or founders of the quantum theory of condensed matter whose pioneering research in this field was recognized with the 1962 Nobel Prize for Physics. In 1962 Landau suffered debilitating injuries in a car accident. Doctors managed to save his life, the physicists  would never recover enough to return to work and he died of subsequent complications.

Why was Lev Landau so different?

Lev Landau was a mathematical prodigy although his early education reflected the zigzags of radical educational reforms during the turbulent period following the Russian Revolution of 1917.

While Lev was in high school, the Russian Revolution was beginning.

Like many scientists of the first Soviet generation, Landau did not formally complete some former educational stages such as high school which is weird considering that he was a scientist. Because of where he grew up, he never wrote a doctoral thesis either, as academic degrees had been abolished and were not restored until 1934.

When it came to his marriage in 1939, Landau stuck to the theory that a union must not constrain both partners’ sexual freedom.

Although his mannerisms were very authoritarian, Landau had democratic ideals and no time for social pretensions or hypocrisy. Interestingly, his research groups in Kharkov and Moscow were open to anyone who could pass the forbidding ‘theoretical minimum’ exams of his own devising. Not only that, all members of his school were obliged to attend his infamous weekly seminars. As an impatient man who had no time to read journals himself, Landau would assign promising papers to be studied and reported on by staff and students alike. Articulate speakers whose performance did not come up to Landau’s exacting standards were mercilessly savaged. Woe betide anyone who became branded as a ‘pathologist’ – they were banished from his company.

As an iconoclastic, Landau also classified other physicists on a logarithmic scale of 1 to 5, with Einstein and Newton at .5, and Bohr, Dirac, Heisenberg and Fermi at 1. Not only did he classify his peers, but he also classed himself as 2.5, later 2.

Many don’t know that aside from physics, he also loved history, art and cinema. However, he was different when he says he despised  music, opera and ballet.

Most controversial are his opinions about women, expressed loudly and often, seem adolescent in their naivety and crudeness. (His wife is mentioned only through picture captions and even in those she has no name). Although Landau claimed to have been a happy man, one cannot help but wonder how much of his eccentric behaviour was an affectation, a persona adopted to cope with his physical frailty and once-crippling shyness.

Some of the people who know him well recall moments of gentleness and sensitivity – but these were not qualities that he allowed most people to see.

Why is Lev Landau famous?

Lev Landau completed an undergraduate course in physics at Leningrad State University, where he studied from 1924 to 1927. As an undergrad, Landau published his first articles. A new theory of quantum mechanics appeared in Germany during those years, and the 20-year-old complained that he had arrived a little too late to take part in the great scientific revolution. By 1927 quantum mechanics was essentially completed, and physicists started working on its relativistic generalization and applications to solid-state and nuclear physics.

Supported by a Soviet stipend and a Rockefeller fellowship, he visited universities in Zürich, Copenhagen, and Cambridge, learning especially from physicists Wolfgang Pauli and Niels Bohr.

In 1930 Lev Landau showed a new effect resulting from the quantization of free electrons in crystals—the Landau diamagnetism, opposite to the spin paramagnetism earlier treated by Pauli. Co-authoring with physicist Rudolf Peierls, Landau argued for the need of yet another radical conceptual revolution in physics in order to resolve the mounting difficulties in relativistic quantum theory.

In 1932, soon after his return to the Soviet Union, Landau moved to the Ukrainian Physico-Technical Institute (UFTI) in Kharkov (now Kharkiv). Recently organized and run by a group of young physicists, UFTI burst into the new fields of nuclear, theoretical, and low-temperature physics. Together with his first students—Evgeny Lifshits, Isaak Pomeranchuk, and Aleksandr Akhiezer—Landau calculated effects in quantum electrodynamics and worked on the theory of metals, ferromagnetism, and superconductivity in close collaboration with Lev Shubnikov’s experimental cryogenics laboratory at the institute.

Within two years, 1934 Landau was granted a doctorate as an already established scholar.

In 1937 Landau published his theory of phase transitions of the second order, in which thermodynamic parameters of the system change continuously but its symmetry switches abruptly.

A quantum theoretical explanation of Kapitsa’s discovery of superfluidity in liquid helium was published by Landau in 1941. Landau’s theory relied on a concept of collective excitations that had been suggested somewhat earlier by Frenkel and physicist Igor Tamm. A quantized unit of collective motion of many atomic particles, such excitation can be mathematically described as if it were a single particle of some novel kind, often called a “quasiparticle.”

Landau’s theory of superfluidity won acceptance in the 1950s after several experiments confirmed some new effects and quantitative predictions based on it. In addition to his 1941 theory of superfluidity, in 1956–58 Landau introduced a different kind of quantum liquid, whose collective excitations behave statistically as fermions (such as electrons, neutrons, and protons) rather than bosons (such as mesons). His Fermi-liquid theory provided the basis for the modern theory of electrons in metals and also helped explain superfluidity in He-3, the lighter isotope of helium. In the works of Landau and his students, the method of quasiparticles was successfully applied to various problems and developed into an indispensable foundation of the theory of condensed matter.

Political issues led to his abrupt move to Pyotr Kapitsa’s Institute of Physical Problems in Moscow. Institutional conflicts at UFTI and Kharkov University, and Landau’s own sceptical behaviour, became politicized in the context of the Stalinist purge, producing a life-threatening situation.

In 1937 several UFTI scientists were arrested by the political coup. Surveillance teams would track and locate Landau to Moscow, where he was arrested in April 1938 after discussing an anti-Stalinist leaflet with two colleagues. In 1938, Kapitsa managed to get Landau released from prison by writing to the Russian prime minister, Vyacheslav M. Molotov, that he required the theoretician’s help in order to understand new phenomena observed in liquid helium.

In 1946 Landau was elected by the government to become a full member of the U.S.S.R. Academy of Sciences. The physicist also organized a theoretical group in the Institute of Physical Problems with Isaak Khalatnikov and later Alexey A. Abrikosov.

His incoming students had to pass a series of challenging exams, called the Landau minimum, in order to join the group kind of like the movie The Imitation Game. The student’s weekly colloquium served as the major discussion centre for theoretical physics in Moscow, although many speakers could not cope with the devastating level of iconoclastic behaviour considered normal at its meetings.

Over the years, Landau and Lifshits published their multivolume Course of Theoretical Physics, a major learning tool for several generations of research students worldwide.

He despised the natural philosophy of dialectical materialism, especially when applied to physics, but he did uphold historical materialism—the Marxist political philosophy—as an example of scientific truth. He hated Joseph Stalin for the betrayal of the ideals of the 1917 revolution, and after the 1930s he criticized the Soviet regime as no longer socialist but fascist. Knowing that his earlier political charges against him had not been officially withdrawn, Landau quickly did some calculations for the Soviet atomic weapons project, but after Stalin’s death in 1953 he declined classified work as no longer necessary for his personal protection and safety.

The postwar science cult and it’s followers contributed to the public recognition and hero-worship he received during his later years.

Incredulously, if Lev Landau were ruthless, the success he gained was a school of talented and productive scientists second to none in the Soviet Union. One former pupil commented, ‘You cannot imagine what a vast amount of sewage Dau cleaned out of theoretical physics.’ This drive for integrity seems to have underlined his professional ethic. As he said himself ‘the brevity of life does not allow us the luxury of spending time on problems which will lead to no new results.’