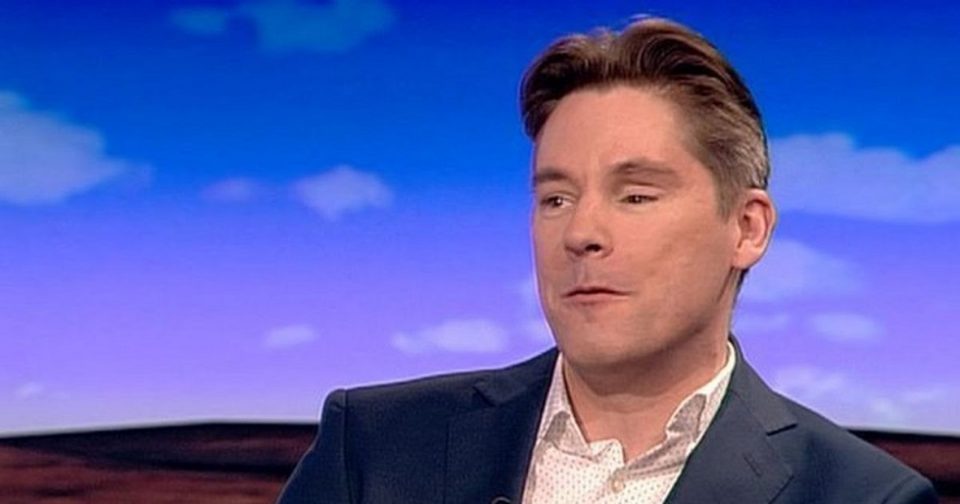 Dan Hodges is a famous newspaper columnist from England. Dan Hodges has been writing a weekly column for The Mail on Sunday since March 2016. Before his current position at The Mail, Dan Hodges wrote for The Daily Telegraph. In 2013, The Spectator’s  James Forsyth named him incumbent Prime Minister David Cameron’s “new favourite columnist”. Let’s find out more about this famous journalist.

Dan Hodges: All You Need to Know

When was Dan Hodges born?

Dan Hodges was Born in Lewisham, a few miles southeast of London on March 7th, 1969. Dan Hodges’ mother was the famous Labour Party MP Glenda Jackson and her husband at that time, Roy Hodges.

Where did Dan Hodges study?

Dan Hodges was educated at Edge Hill College where he studied English Literature and Comms between 1987-90.

Dan Hodges worked as a parliamentary researcher for his mother between 1992 and 1997, describing it as ‘straight-forward nepotism’, before working in public relations for the Road Haulage Association, GMB and the Freedom To Fly lobby group. He worked briefly as Head of Communications at the London Development Agency and as Director of news for Transport for London in 2007, which he left after less than a year after mocking a contractor to the press.

Since that time, Dan Hodges has worked as a journalist and blogger. He wrote as a freelancer for The Guardian, the New Statesman, The Daily Telegraph, The Times, Labour Uncut, The Spectator and The Mail on Sunday. He worked for the successful No to AV campaign in 2011, but attracted controversy for one particularly provocative poster relating to the death of babies.

During the same year. Dan Hodges had an acrimonious split from the New Statesman in 2011. He had worked on a freelance basis with that publication. After his departure, his former colleague Mehdi Hasan said that his new role with The Daily Telegraph was that of “the right’s useful idiot”.

Which award did Dan Hodges win?

During the 2017 Comment Awards, Dan Hodges won the Political Commentator of the Year Award.

Dan Hodges supported Jon Cruddas in the 2007 deputy leadership election as a member of Compass, but has since been critical of the organisation.

Dan Hodges was also a vocal supporter of David Miliband during his unsuccessful campaign for the 2010 Labour leadership contest. Dan Hodges went on to describe himself as a “tribal neo-Blairite”. He also openly criticized former Labour Party leader Ed Miliband.

In a surprising move in May 2012, Dan Hodges voted for conservative candidate Boris Johnson during the Mayoral elections in London. Hodges said that Johnson was a “unifying figure” and much better than his former boss and incumbent mayor of London, Ken Livingstone, who he called “divisive” and “a disgrace”. Dan Hodges went on to add that “London needs someone who can speak for all of London, not just the balkanized segments whose votes he craves”. During the London Assembly elections, he voted for Labour candidates though. When the House of Commons voted against military involvement in Syria on August 29th, 2013, Hodges left the Labour Party and heavily criticized Ed Miliband’s conduct. However, two years later, he rejoined the Labour Party in July 2015 and expressed his support for Yvette Cooper for the Labour leadership, strongly opposing Jeremy Corbyn’s candidacy. Dan Hodges left the Labour Party for the second time in December 2015. In an op-ed for The Daily Telegraph, Dan Hodges accused party members of abuse and intimidation against Labour MPs.

When David Miranda, the spouse of journalist Glenn Greenwald was detained at the border under the Terrorism Act, Dan Hodges expressed his explicit support of the move. Miranda was not under suspicion of planning terrorist acts, but was found to be carrying an external hard drive containing 58,000 highly classified UK intelligence documents. The UK High Court eventually ruled Miranda’s detention lawful. The court accepted that Miranda’s detention and the seizure of computer material was “an indirect interference with press freedom” but said this was justified by legitimate and “very pressing” interests of national security.

Dan Hodges is also an experienced wargame designer. He based his first ever war game on the Falklands War and called it Where There Is Discord: War in the South Atlantic.

Dan Hodges’ first ever book, One Minute To Ten was published by Penguin Books in November 2015. The book focused on the three party leaders Cameron, Miliband, and Clegg, and the effect the 2015 general election had on their lives.

Who is Dan Hodges married to?

Dan Hodges has been married to Michelle di Leo since 2003. They met at a Labour Party Conference in 1999. He lives with his wife, children and mother in Blackheath.

How did Dan Hodges lose sight in one eye?

Dan Hodges tried stopping a fight in a bar in February 1992 and during the skirmish, he suffered a significant injury which led to him losing sight in his left eye.