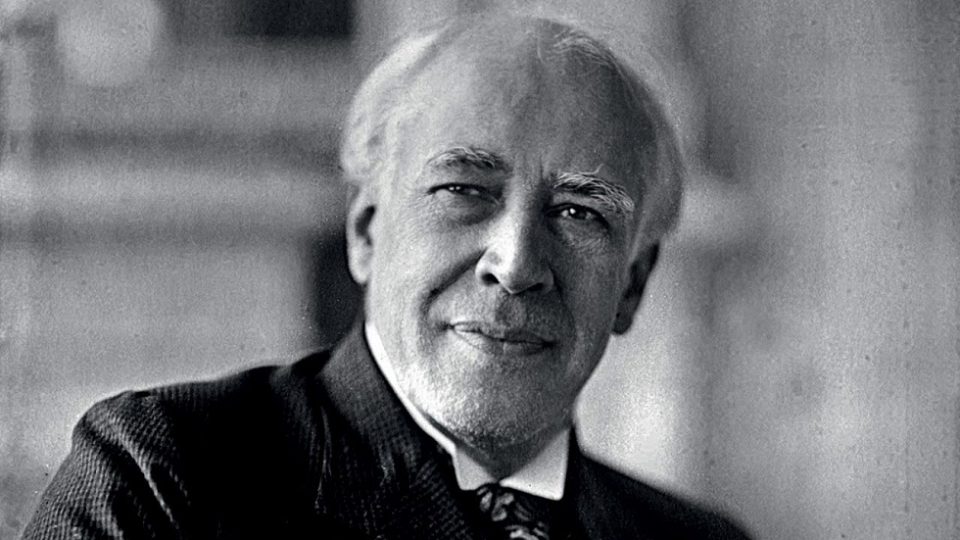 Konstantin Stanislavski was a Russian actor, director and theatre practitioner. Stanislavski is well renowned for his innovative contributions in the field of modern European and American realistic acting. Konstantin Stanislavski’s system has stayed at the core of Western performance training for the better part of the 20th Century. Let’s find out more about this incredible human being.

Konstantin Stanislavski: All You Need to Know

When was Konstantin Stanislavski born?

Stanislavski came from one of the richest families in Russia, the Alekseievs. He was born Konstantin Sergeievich Alexeiev on January 17th, 1863. ‘Stanislavski’ was a stage name that he adopted in 1884 in order to keep his performance activities secret from his parents. The prospect of becoming a professional actor was “unthinkable” for someone of his social class; actors had an even lower social status in Russia than in the rest of Europe, having only recently been serfs and the property of the nobility. The Alexeievs were a prosperous, bourgeois family, whose factories manufactured gold and silver braiding for military decorations and uniforms.

As a child, Stanislavski was exposed to the rich cultural life of his family; his interests included the circus, the ballet, and puppetry.

Did Konstantin Stanislavski work with his family business?

Sergei Vladimirovich Alekseiev, Stanislavski’s father, was elected head of the merchant class in Moscow in 1877. That same year, he converted a building on his estate at Liubimovka into a theatre for the entertainment of his family and friends. Stanislavski started, after his début performance there, what would become a life-long series of notebooks filled with critical observations on his acting, aphorisms, and problems. A second family theater was added to their mansion at Red Gates, on Sadovaia Street in Moscow, in 1881; their house became a focus for the artistic and cultural life of the city. That year, rather than attend university, Stanislavski began working in the family business.

Where did Konstantin Stanislavski study?

In 1885, Stanislavski was studying at the Moscow Theater School. At that school, all the students were encouraged to mimic the theatrical ‘tricks’ and conventions of their tutors. Stanislavski was disappointed by this approach, he left after three weeks and instead went to study at the Maly Theatre. During his time over there, he also learned proper rehearsal techniques, how to stay fresh during performances and feed on the energy of other actors on the stage, instead of just the audience. The main reason behind Stanislavski’s enlightenment was his interaction with Italian master actor Tommaso Salvini’s portrayal in Othello. Stanislavski thought Salvini was a “tiger of passion,” full of truthfulness, power, artistry, graceful movement and perfection. Stanislavski shaved his goatee and trimmed his moustache like Salvini and, at twenty-five, adopted the name Stanislavski, unsurprisingly similar to Salvini’s name. Stanislavski adored the realism of the design and costumery as well as the discipline of the rehearsal which is yet another example of Stanislavski extracting what he likes about certain theories and practices, and discarding the rest.

Stanislavski built a reputation as a modern and innovative director in Moscow with the help of productions such as Uriel Acosta, Othello (where Stanislavski travelled to Venice for costumes and artifacts) and The Polish Jew. In 1897, the Society had a slew of failed productions and unmotivated actors. It was then that critic, teacher and dramaturg Vladimir Nemirovich-Danchenko, conversed with Stanislavski for 18 hours about their problems with modern theater and their desire to create what would be known as the Moscow Art Theatre.

In 1897, Konstantin Stanislavski co-founded the Moscow Art Theatre (MAT) with Vladimir Nemirovich-Danchenko, but the theater began operations in 1898. The first production MAT produced was the critically acclaimed and previously censored Czar Fyodor by Alexei Tolstoy. Anton Chekhov’s The Seagull was also performed. Initially, Chekhov did not grant Danchenko’s request to stage the play because he wanted a more experienced troupe to perform it. Stanislavski beautified and innovated Chekhov’s script, and it created a stir with the audiences. In the view of one critic, “his detailed realism transformed the most commonplace scene into an orchestrated display of minute effects… something modern had been born.”

What was the impact of the Moscow Art Theatre?

The MAT helped create psychological realism. It embodied hidden conflicts within relationships. This helped expose things that are embedded in everyday life. Chekhov never liked the rendition of his play, but the rest of the audience, and the rest of the world, responded very favorably to the work of the MAT. The MAT became known as the House of Chekhov as they produced Chekhov’s melancholic plays (though the playwright himself always insisted they were comedies) like Uncle Vanya, Three Sisters and The Cherry Orchard. The Moscow Art Theatre became a venerable institution and opened up classes in dance, voice and fencing. During the Russo-Japanese War, the group traveled to Germany and Eastern Europe, where they were so admired that one German playwright called them “artistic divinities.” Parades were made in their honor, as the Europeans never saw such brilliant theater. Upon returning to Russia, Stanislavski fell into an artistic crisis, where his acting and directing became erratic, as he professed his lack of fulfillment and inspiration. He went to Finland with his wife on vacation and came back to give birth to his acting system that would change what it means to be an actor.

What is Stanislavski’s System?

Building on the directorially-unified aesthetic and ensemble playing of the Meiningen company and the naturalistic staging of Antoine and the independent theater movement, Stanislavski organized his realistic techniques into a coherent and usable ‘system’. Thanks to its promotion and development by acting teachers who were former students and the many translations of his theoretical writings, Stanislavski’s ‘system’ was eventually able to transcend cultural boundaries and gain an international reach. It even started dominating debates across the Western world. The “system” was a massive success and many actors today use its basic concepts without even realizing it. Stanislavski treated theater-making as a serious endeavor, requiring dedication, discipline and integrity, and the work of the actor as an artistic undertaking. Konstantin Stanislavski thoroughly self analysed and reflected on his own acting process throughout his life. The system was born as a result of his struggles with removing the obstacles he faced. His development of a theorized praxis—in which practice is used as a mode of inquiry and theory as a catalyst for creative development—identifies him as the first great theater practitioner.

In the beginning, Stanislavski proposed that actors study and experience subjective emotions and feelings and manifest them to audiences by physical and vocal means—Theater language. Stanislavski’s system was chiefly focused around creating truthful emotions and embodying them later on. This system was developed even more at the Opera Dramatic Studio during the 30s. It was like Emotion Memory, only backwards. Physical actions that inspired truthful emotion were the main focus as they involved improvisation and discussion as well. The focus remained on reaching the subconscious through the conscious.

Stanislavski survived the Russian Revolution of 1905 and the Russian Revolution of 1917, with Lenin apparently intervening to protect him. Konstantin Stanislavski established the First Studio as a school for young actors in 1918. He also penned several works. The ones with English translations are An Actor Prepares, Building a Character, Creating a Role, and the autobiography My Life in Art.

As per Konstantin Stanislavski, his system functioned like a table of contents for a large book which dealt with all aspects of acting. His final work, now known as The Method of Physical Actions, is in no way a rejection of his early interest in sense and affective memory.

Which famous actors use Stanislavski’s System?

As per Sir John Gielgud, “This director found time to explain a thousand things that have always troubled actors and fascinated students. Stanislavski’s now famous book is a contribution to the Theatre and its students all over the world.”

What is Konstantin Stanislavski’s legacy?

Stanislavski wanted to discover a universally applicable approach for all kinds of actors worldwide. Speaking about his own system, Stanislavski said, “Create your own method. Don’t depend slavishly on mine. Make up something that will work for you! But keep breaking traditions, I beg you.”

Stanislavski’s work was as important to the development of Socialist realism in the USSR as it was to that of psychological realism in the United States. A lot of actors also tend to identify his system as the “American Method”. It’s somewhat of a misnomer because the American system’s exclusively psychological techniques contrast sharply with Stanislavski’s multivariant, holistic and psychophysical approach, which explores character and action both from the ‘inside out’ and the ‘outside in’. Stanislavski’s work draws on a wide range of influences and ideas, including his study of the modernist and avant-garde developments of his time (naturalism, symbolism and Vsevolod Meyerhold’s constructivism), Russian Formalism, Yoga, Pavlovian behaviorist psychology, James-Lange (via Ribot) psychophysiology and the aesthetics of Pushkin, Gogol, and Tolstoy. He described his approach as ‘spiritual Realism’.

Mikhail Bulgakov created his character Ivan Vasilievich as a satirized version of Konstantin Stanislavski in his novel Black Snow (also called “The Theatrical Novel”). (It is no coincidence that Ivan Vasilievich was the name and patronymic of the notorious sixteenth-century czar Ivan the Terrible.) In the novel, Ivan Vasilievich is portrayed as a great actor but his acting method isn’t held in high regard and something which hinders the performances of other actors who try it. Bulgakov’s portrait of Ivan Vasilievich is probably a reflection of his tough times with Stanislavski during the latter’s eventually aborted production of Bulgakov’s play A Cabal of Hypocrites in 1930-1936. Even though he depicted Konstantin Stanislavski in an unfavourable manner, Bulgakov continued being good friends with him.

In celebration of Konstantin Stanislavski’s 156th birthday, Google released a doodle on January 17th, 2019. This is what the Google Doodle Blog said:

Born in Moscow on this day in 1863, Konstantin Sergeyevich Stanislavski was raised in a prominent Russian family that supported his interest in theater as it grew from a hobby to a passion. He focused on acting at first, relentlessly refining his craft in a quest to bring emotional truth to the stage.

He later became interested in directing and production, founding the renowned Moscow Arts Theater in 1898. Their 1904 premiere of Chekhov’s The Cherry Orchard is widely considered a masterpiece of modern theater.

Among his contributions to the world of theatre, Stanislavski developed an influential system for training actors, and his ideas were profoundly important to the development of what is now known as method acting. “There are no small parts,” Stanislavski observed. “Only small actors.” By devising a series of seven questions, he helped aspiring actors to understand their characters and motivation more fully The questions, which are featured in the animation of today’s Doodle include:

As simple as they may seem, answering these questions required extensive research and reflection. During rehearsals, Stanislavski would often comment “I do not believe you,” pushing actors to bring their performances to life by digging into their own psyches.

In recognition of his contributions to Russian theater, he was awarded the Red Banner of Labor, the Order of Lenin, and the title “People’s Artist of the U.S.S.R.”

On what would have been his 156th birthday, here’s to a creative innovator who revolutionized modern theater as we know it.

How to Move up to High Stakes Gambling

CouchTuner: The Very Best Alternatives to The Popular Movie and TV Streaming Site