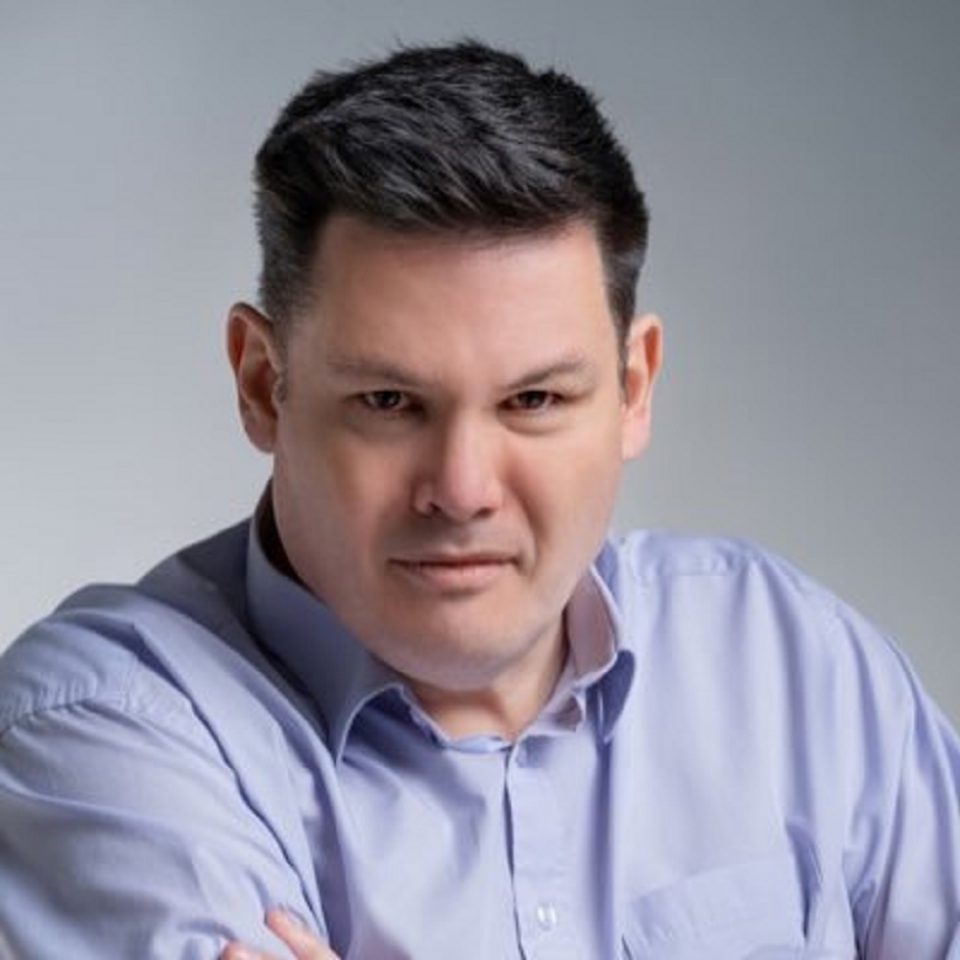 ITV quizzer Mark Labbett stars in the ITV game show The Chase as one of the Chasers. Towering at 6ft 6in tall, he is one of the four chasers on ABC’s version of The Chase. Prior to that, he appeared between 2013 and 2015 on GSN’s American version as their sole chaser, and between 2016 and 2020, as one of six chasers on the Australian version. His famous nickname on these shows is “The Beast”.

Mark Labbett has also appeared as a contestant on several other television quiz shows and is a regular in quizzing competitions – this year he takes on The Chasers Road Trip: Trains Brains and Automobiles where the famous Chasers go on a trip to embark on a geeky road trip to uncover the cognitive abilities of animals. The brainboxes have won quizzes all over the world, but people have wondered where they are in the pecking order of intelligent life forms. Aside from co-starring in this new show, he’s lost 10 stones after he lost 63 kilograms between 2020 and 2021. Here are 3 other things that happened to Mark this year – which includes admitting to getting COVID-19 and living alone with his kid and puppy since his wife cheated on him with a man named Scott.

In April 2021, Mark revealed he’d dropped from a size 5XL to XL in underpants – after losing 10 stone!

He showed off his sensational weight loss after cutting down on sugar and carbs on ITV’s Loose Women.

Speaking to panellists Stacey Solomon, Kaye Adams, and Linda Robson, the ITV quizzer, who turned 55 this year revealed he was a whopping 29 stone when he worked as a teacher 18 years ago.

The 6 ft 6 inches tall Oxford graduate explained: “I am gradually dropping Xs off my size. I’ve gone from 5XL to 4XL and it looks like the next time I go shopping I’ll be able to squeeze into XL underpants.

“I’ve been around 26 stone up until lockdown, and then a few things happened quite nicely and came together and I started losing weight.”

When questioned how he’s achieved such a feat, the dad of one added: “The principal thing is running around after a hyperactive toddler when nurseries have been shut. How do you keep up with them?

“I found that at the end of the evening instead of going to the fridge for late night snacking, all I could do was collapse on the bed.”

His secret Covid battle helped him to kick start his weight loss — prompting him to go on to lose almost five stone in lockdown.

He said: “I’ve been lucky in that I had suspected Covid last year, I lost my sense of taste and smell, and I didn’t want to eat for a fortnight, and as a big guy the weight falls off.

“As a combination of things I am on a high protein diet, eating lots of lean meat. As much as I love chips and other carbs I’m eating a lot less, now it’s a virtuous cycle, you eat less, you want less.”

In March 2021, Mark Labbett said he feels “guilty” about his weight loss:

The ITV quizzer recently revealed he had lost 63 kilograms since 2020 but feels kind of guilty about the weight shed.

However, he’s now spoken on BBC radio about how he feels guilty by saying that his life in lockdown was “stressful” and that he didn’t “consciously” decide to lose weight.

He revealed he’d been kept busy taking care of his 3-year-old son while his former wife Katie Labbett, who works as a nurse, was on the frontline.

Labbett was asked if his seriously risky type-2 diabetes diagnosis was what prompted his push to lose weight – but he said no.

“It wasn’t the driver; I feel guilty about saying it. I didn’t consciously do it……“It was the combination of the stress of lockdown [and] I think a change in my medicine….“I did get a better diet with a muscle food company that was supplying me with protein”, he said.

“I think the major thing was that I had to look after my son while my wife was a nurse on the front line. And looking after him 24/7 almost killed me. “By the end of the day, I was exhausted. I think that was one of the reasons I would collapse into a heap rather than grabbing a snack at 7 or 8pm.”

In early March, Chaser Mark Labbett explained his weight loss had helped him see major differences in his daily life.

“This is the lightest I’ve been in 25 years. I’m now under 20 stone [127kg], and I am really feeling the difference, as well as seeing it…..“My knees really feel the difference. I will never be athletic again, but I just move so much better for not carrying that extra weight.”

In January 2021, it was revealed that Mark Labbett’s ex-wife Katie cheated on him:

Mark Labbett aka The Chase star previously lived with his ex-wife Katie, but the pair reportedly split after six years of marriage in 2020 after she had cheated on him for over a year with a man called Scott – although Katie claims that Mark was aware.

Ex-wife Katie said: “I met Scott by accident, on a night out, and we just clicked. It wasn’t intentional, it just happened. But Mark always knew — straight from the off I was honest…..”He knew I was going out and who I was seeing. He was incredibly understanding. If it was anybody else it wouldn’t matter, but because Mark’s in the limelight people have been gossiping. It’s frustrating.”

Katie subsequently spoke out on the claims, saying: “Mark and I had been talking about separating for some time — we have been drifting for a while.

“He works away a lot and that’s been hard. A lot of people think it’s the age difference but we don’t see that as the factor…..”It’s more that we don’t have mutual friends, and our lives are just very different.

Mark Labbett and Katie got married seven years ago and share a son together.     Interestingly, the couple turned out to be second cousins, but both claim that they weren’t aware of this until after they got married. When quizzed about it on Loose Women, Mark said: “It wasn’t something we were aware of at the time – it was one of those things that happened.”

Single this year, he shares his home with the most adorable golden retriever!

Back in 2015, Mark posted a snap of his puppy in the garden, which has a large lawn surrounded by plants.