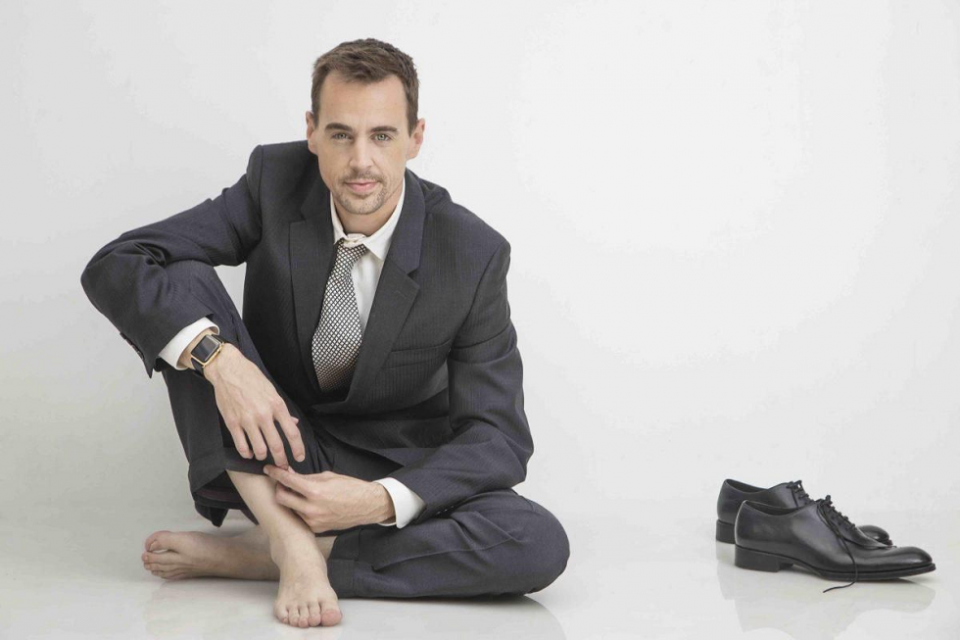 First premiered on 23rd September 2003, NCIS revolves around a fictional story about special agents belonging to Naval Criminal Investigative Service. The story is a spin-off from JAG and is the second longest-running non-animated and scripted U.S. prime time television show after Law & Order.

NCIS was renewed on April 13, 2018, for its sixteenth season that premiered on 25th September 2018 where Diona Reason joined the main cast following the departure of Pauley Perrette and Duane Henry. The seventeenth season produced by Belisarius Production and CBS Television Studios was aired on September 24, 2019, through 2020 April 14th.

Starring Sean Murray and Mark Harmon, the NCIS is in their 18th season where both the actors will be working together. While all the years they played Agents Leroy Gibbs and Tim McGee, no other duo has played such an interesting parallel in real and show life.

Why does Sean Murray feel Mark Harmon is the reason behind NCIS success?

The crew of NCIS recently aired another hit television show this year. The 400th episode hit the milestone of the crime drama and proved to be extremely rare for a scripted series running so long. And Sean Murray gives all the credit to Mark Harmon for the success behind the show!

Murray told in an interview, “We wouldn’t be here, 16 years later, if it wasn’t for Harmon,”. He added, “Harmon is a very special individual.”

According to Murray, Harmon is a ‘real actor’ who “goes for the realness of it, the truth of it.” Murray claimed that every actor strives to do what Harmon does, “Boy is he good at it,” Murray said about Harmon.

Indeed, Harmon has played the key role as an NCIS star since its first episode in 2003. Murray also appeared in the first season but as a recurring character before he joined as a permanent cast in season 2.

Yes, Murray and Harmon have played together when Murray was just 15 years old in a show named Harts of the West. The 90s drama was supposed to be featured with an episode starring Jeff Bridges. However, due to conflicting schedules, they had to sign someone else in the drama and to play the role of a ‘drunken radio clown’.

Sean Murray recalled in an interview, “And they got Harmon to come and do the part instead… which I’ll never forget. That’s where I first met Harmon. And he made an impression on me even back then,”. He spoke about Harmon remembering his impressive acting and voice when Murray was a teenager. Although they did not spend much time together, when Murray came to NCIS, he claimed that Harmon still remembered him “after all those years.”

Since the beginning of the series, the voice of Timothy McGee has been played by Murray but recently as per Dailyhawker.com Sean Murray’s weight loss has made him switch to a raspy growl since the eighth season. From soft-spoken computer expert, the actor turned into a hard-nosed and gruff investigator noding occasionally towards his own nerdiness. Although Timothy McGee has shown a positive change in his life, the change in his voice has bothered NCIS fans to some extent. Sean lost a considerable amount of weight in the last few seasons and had quit smoking.

Sean Murray is in the film you watch every Halloween

Before NCIS, Sean Murray acted in not one but for two characters on sister show JAG. He played an ensign accused of rape in Japan in 1998 episode. From 2000 and 2001, Sean appeared in Danny Walden’s five episodes, the surly son of Dr Sydney Walden, Admiral Chegwidden girlfriend.

In the 90s, Sean Murray was an aspiring teen idol. In 1993, he played a minor role in This Boy’s Life that was an adaptation of a memoir starring another teen star Leonardo DiCaprio. The same year, Murray got a chance to act as a hero in Hocus Pocus as Thackrey Binx although his character spends most of the times into a black cat transformation reducing his exposure in the film.